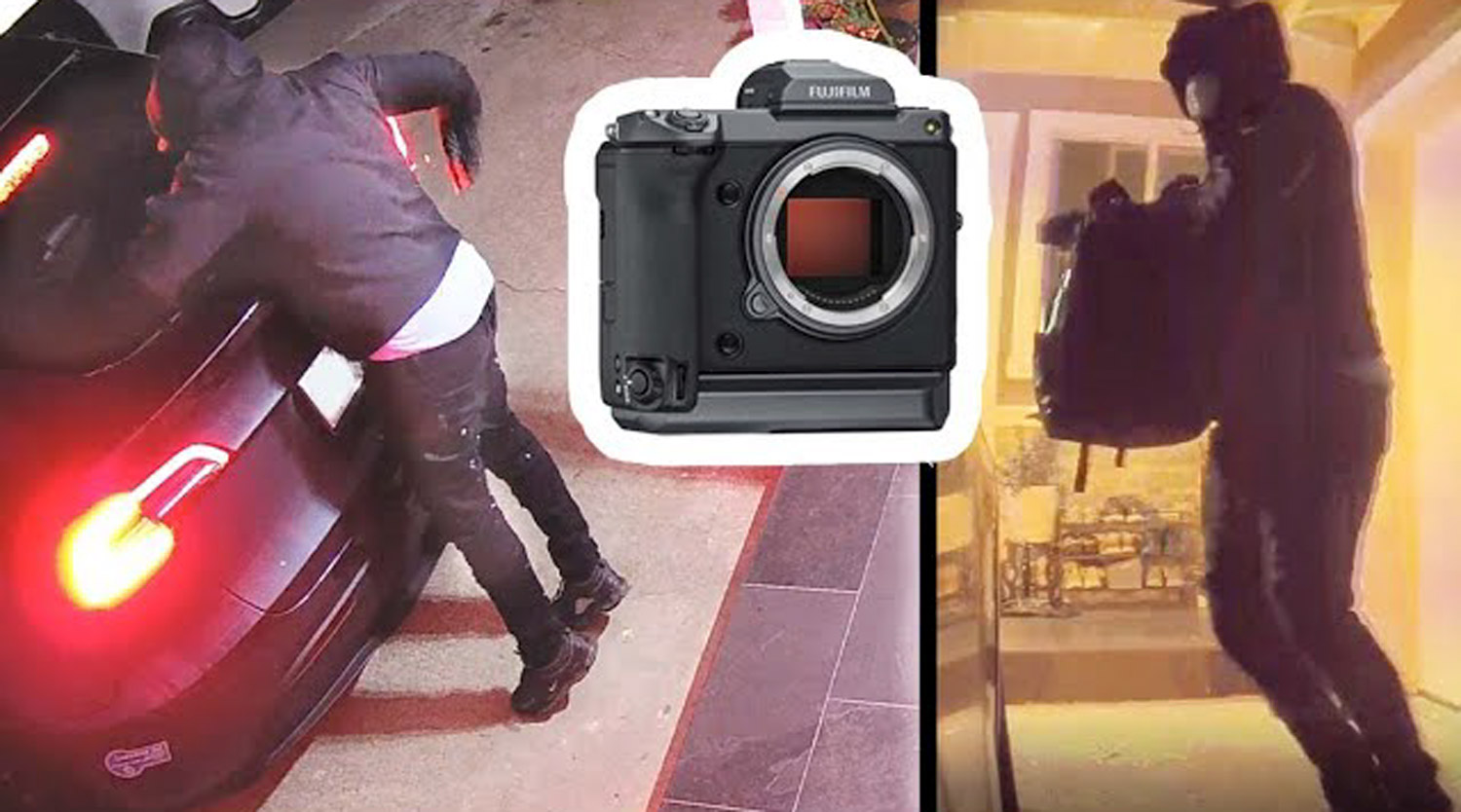 This video posted recently by Chelsea and Tony Northrup is a bit of a wake-up call for all of us and tells the story of their friend Louis Chan who was out shooting at the Golden Gate Bridge in San Francisco, and then followed home by armed thieves. Many of us carry around a huge amount of camera gear that adds up to thousands and we need to be aware of how to minimise our risk of being a target.

Louis was out photographing the sunset at the Golden Gate Bridge when he says he saw two men hovering around nearby, acting in a suspicious manner. Louis concedes that unfortunately, San Francisco is a known hot spot for muggings and robberies, and he is always quite cautious and aware of his surroundings when out shooting. This is similar in most large cities. Louis wrapped up his shooting and left the area around 8 pm, about 40 minutes after sunset. He drove the 45 minutes back to his home, and whilst parking on his driveway he noticed two men walking up beside the car. The first guy knocks on his window and bizarrely asked: “what direction is the freeway?”.

At this point, I would have been terrified, but Louis kept his cool and noticed the other guy around the back of the car trying to get at his gear. He tried to drive away again and get out of there but it’s too late, the guy around the back has already smashed the back windshield. A car chase ensues, and it’s at this point that one of the men pulls out a firearm and discharges the weapon. All bets are off and Louis does the smart thing and lets them leave. The whole ordeal is amazingly caught on a doorstep cam, which you can see in the video above, and fortunately, nobody was hurt. The two men were later apprehended by police.

Sadly this is not an isolated incident and there have been reports of similar things happening to photographers. So how can we stay safer as photographers when we are outside shooting with thousands of dollars worth of gear? Just having my camera plus a single lens can be worth a couple of months rent for some people so it is an easy and tempting target.

Number one: have insurance. Both for your equipment and in some countries for your medical bills. That way if the worst happens you’re covered and you won’t be bankrupted if you get robbed. Also, it needs to be fully comprehensive and cover replacement. If you’re working professionally you additionally need business or professional activities insurance. Home owners’ or renter’s insurance may not be enough to cover you in certain circumstances. I would also advise if you are working professionally, having some sort of backup plan, either spare equipment kept somewhere else, particularly files backed up. Cameras can be replaced easily, images can’t. You don’t want to have all your equipment gone and then not be able to work until you’ve replaced the gear.

2. If in the instance that something like this does happen, do not try to fight back. Hand the gear over, especially if being held at gunpoint. You have no idea if the gun is real or not if it’s loaded or not, but just assume that it is. A camera can be replaced, your life cannot. On the other hand, if the robbery becomes a kidnapping then you need to fight all you can not to get put inside a vehicle because at this point you’ve got very little to lose.

3. If you’re going out to isolated or vulnerable locations try not to go out alone. Of course, this doesn’t prevent you from being a target but it will deter all but the most determined criminals.

4. Get security cameras around your home or on the dashboard of your car. This won’t stop you from getting robbed, but it may help apprehend the perpetrators later.

Chelsea makes the interesting point that cars and cell phones used to be more of a target for theft, but these days it is easy to lock a thief out of a stolen phone or immobilise a car. Plus added location tracking means that it is easier to track down these items f they are stolen. Unfortunately, our cameras do not have these safety add-ons so are automatically a more desirable target for theft. You can add trackers onto your equipment so that in the event of a theft they can be more easily recovered. Perhaps in the future camera manufacturers will include such a device similar to mobile phones.

So next time you’re out and about with your camera, stay vigilant, stay safe but ultimately don’t let it ruin your enjoyment of photography, these things do happen but are fortunately very rare.