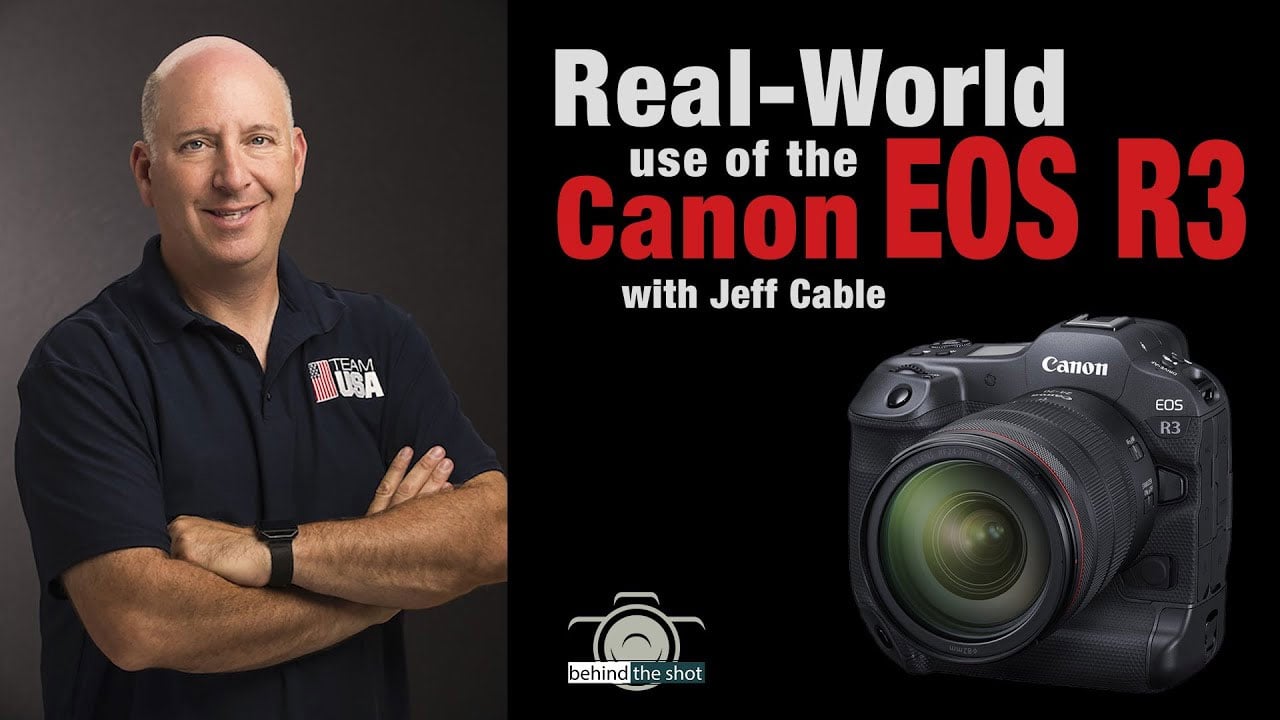 Now, though, in an interview with Steve Brazill from Behind The Shot, Jeff really opens up and reflects on what it was like to use the EOS R3 during a high-pressure event like the Olympics, Canon’s secrecy around new gear announcements and how the EXIF data was “leaked” from his images.

It’s a very interesting interview and it goes on for almost an hour. It offers some amazing insights into not only the camera itself and what it was like to use, but also on Jeff’s workflow and how he approaches certain shooting situations in order to maximise his efforts.

Despite using being a pre-production unit at the Olympics – a camera he expected to use for maybe half of the shots he’d make during the course of the event (he had a couple of EOS R5s with him as well) – he says that he actually ended up using it for about 99% of the images he shot over the duration of the Tokyo Olympics. That sounds like a pretty ringing endorsement for the EOS R3’s capabilities.

Jeff also speaks about the secrecy from Canon and the instructions they gave him on what he could and couldn’t say or do with regards to the Canon EOS R3 in the run-up to its official announcement and some of its odd contradictions. For example, he was allowed to post images without stripping the EXIF data, although he wasn’t allowed to come out and say that he was shooting the EOS R3.

As it’s the weekend and you’ve probably not got much else to do, grab a coffee, put your feet up and have a watch.

🦸 Apply a Comic Book Drawing Effect To Your Photos in Photoshop!
How to Develop B&W Film at Home: A Simple Guide for Mere Mortals
Photojournalist Releases Intense Images from the Jan 6 Riot
The Hard Life of a Predator
Canon Designs 300mm f/2.3 and 400mm f/5 Autofocus Mirror Lenses