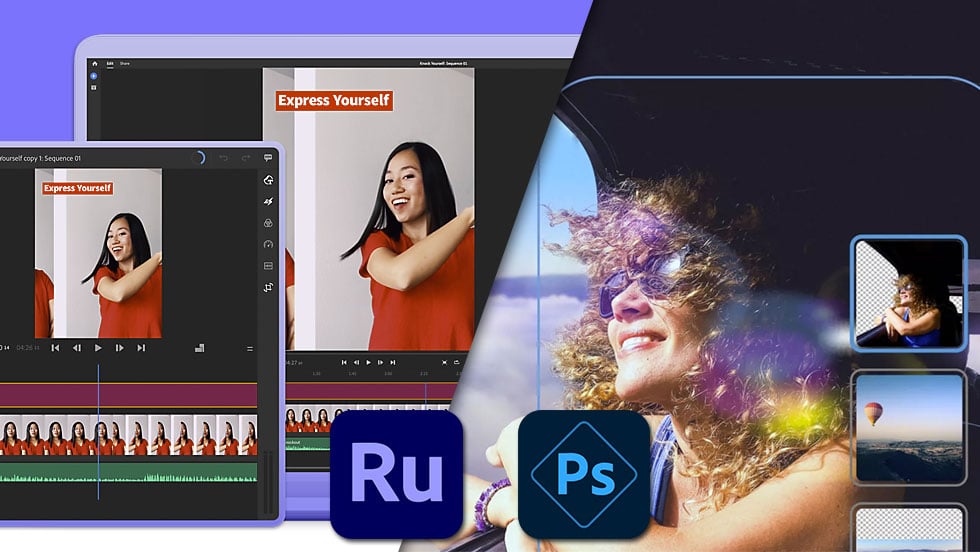 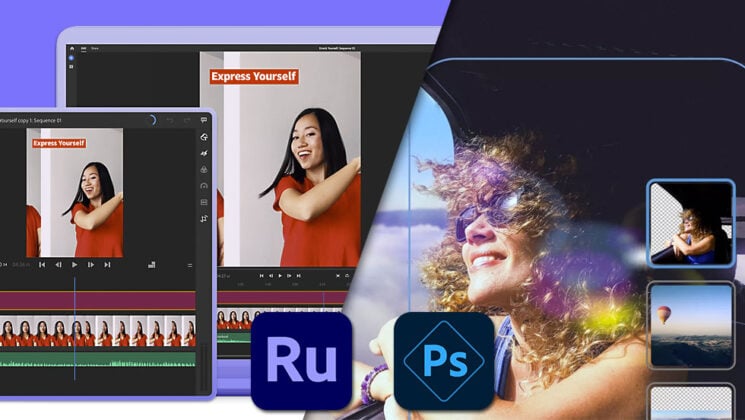 Photoshop Express (AKA “PS Express”) has been around for a while now and is a mobile app allowing you to make quick and easy edits to photographs. Obviously, it doesn’t come close to the capabilities of Photoshop, although it does offer some features that Lightroom for mobile devices doesn’t – although I suspect many photographers will stick with the latter.

PS Express is available on iOS, Android and Windows mobile devices and allows you to apply filters called “Looks” along with various adjustment and correction options to tweak images shot by either the mobile device’s camera itself or by your DSLR or mirrorless camera and transferred to the device. It also allows for some compositing capabilities. 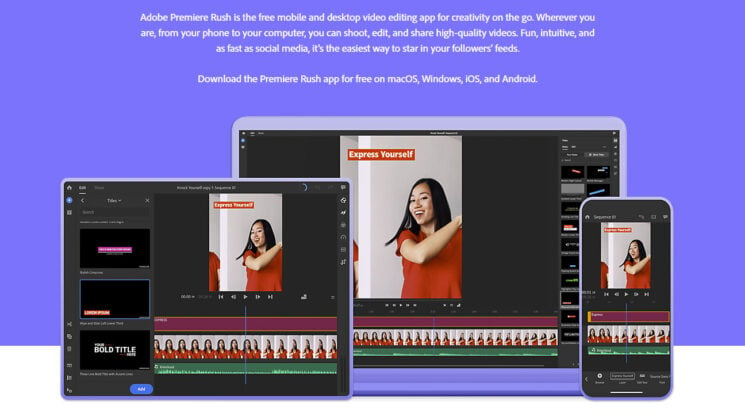 Premiere Rush, on the other hand, is designed for video. It has nowhere near the capabilities of Premiere Pro, but it does offer a decent range of editing options that allow you to quickly and easily edit together videos on your smartphone, tablet or even desktop device. It’s certainly a better range of options than you get built into most social media applications that support video.

Originally launched in 2018, Rush has been expanding Premiere Rush, as well as its device support to offer a fairly powerful mobile video editing tool. You can even sync up your Premiere Rush projects to your Adobe Creative Cloud account so that you can continue to edit them in Premiere Pro on your desktop.

Exactly what will change within the apps or exactly why they’re being included in the Photography package, I’m not sure, given that both apps were already free. Perhaps they’re simply including them to make them easier for users to find – or perhaps it’s a way to make the package look even more attractive to new customers, despite those customers having access to Photoshop Express and Premiere Rush for free without a CC account.

Regardless, they’re being included in the Photography plan as of next week.