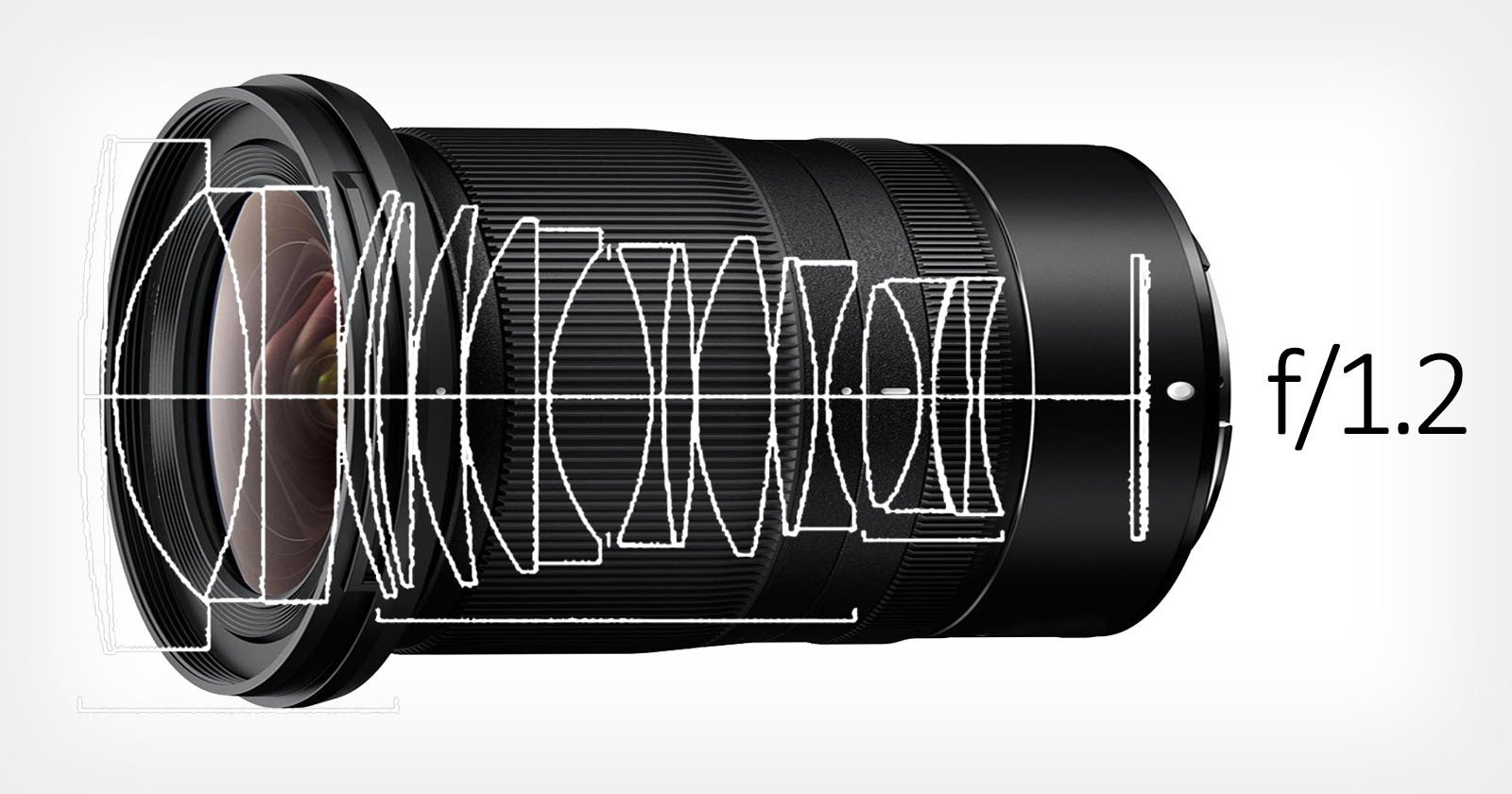 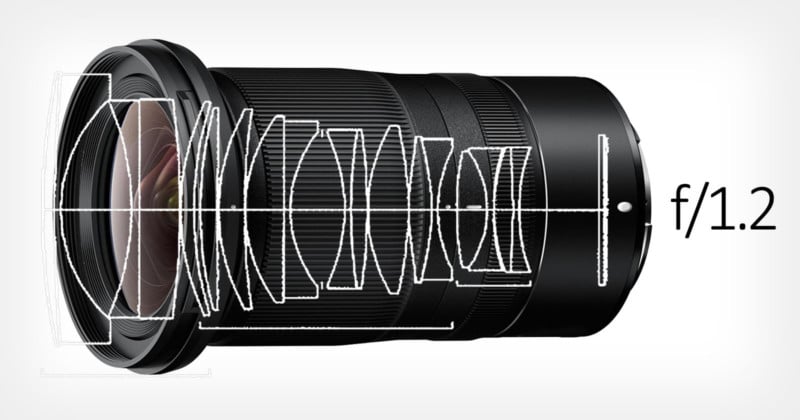 Two Nikon patents have surfaced that show the company has designed two large-aperture zoom lenses presumably for its mirrorless Z-mount camera system: a 35-50mm f/1.2 and a 50-70mm f/1.2.

Originally found by Asibonet (which was spotted by Mirrorless Rumors), the two patents describe a variable zoom lens system that is capable of maintaining a wide-open f/1.2 zoom over the full range and together would provide a photographer the ability to shoot between 35mm and 70mm with incredible light-gathering capability and low depth of field. Nikon currently manufactures 25 Z-mount lenses of which only one is an f/1.2: the Nikkor 50mm f/1.2 prime lens. This isn’t the fastest lens the company has made for the system, as Nikon of course also has the 58mm f/0.95 Noct as well.

The internal optics that are shown as part of the patent application look large and complicated, which makes sense. In order to maintain that wide aperture through a zoom range, these lenses will very likely be large, heavy, and expensive as a result. The 35-50mm f/1.2 patent describes a lens that is as large as 210mm, or about 8.3 inches. The width of the front element isn’t shown, but it will very likely be quite large.

A wide-open aperture of f/1.2 is already uncommon in prime lenses, but it’s pretty much unheard of when it comes to zooms. Sigma made waves in 2015 when it released the 24-35mm f/2 lens since that already felt like three prime lenses in one, but Nikon looks as though it plans to top even that exceptional effort by making a faster zoom lens — and doing it twice.

Panasonic and Leica have worked together to make two very impressive f/1.7 zoom lenses in the 10-25mm f/1.7 and the 25-50mm f/1.7, but both of those optics are for the Micro Four Thirds system which means the companies could compress the size of the optics required for a sensor that small. Based on Nikon’s patent, it is expected that its two f/1.2 lenses would be at least for APS-C if not for full-frame, which both would require much larger elements not only because Nikon’s lenses would be faster but also because the sensor sizes they would need to work with are larger.

While these patents are exciting, they do not necessarily mean Nikon will act on the designs. A lot can go wrong between the patent and manufacturing stage, and Nikon may find that these lenses are either too complicated or too costly to make at scale. To put those possible complications into perspective, in 2012 Leica designed a 28-75mm f/3.5-5.6 lens that proved too difficult to manufacture due to the complexities of the mechanical and optical design, and the company canceled the project in 2015. One of the three examples of this lens that Leica ever made sold for $290,000 in December of 2020.

Still, if Nikon does manage to overcome any issues, these lenses would likely be considered some of the most impressive zooms ever made.