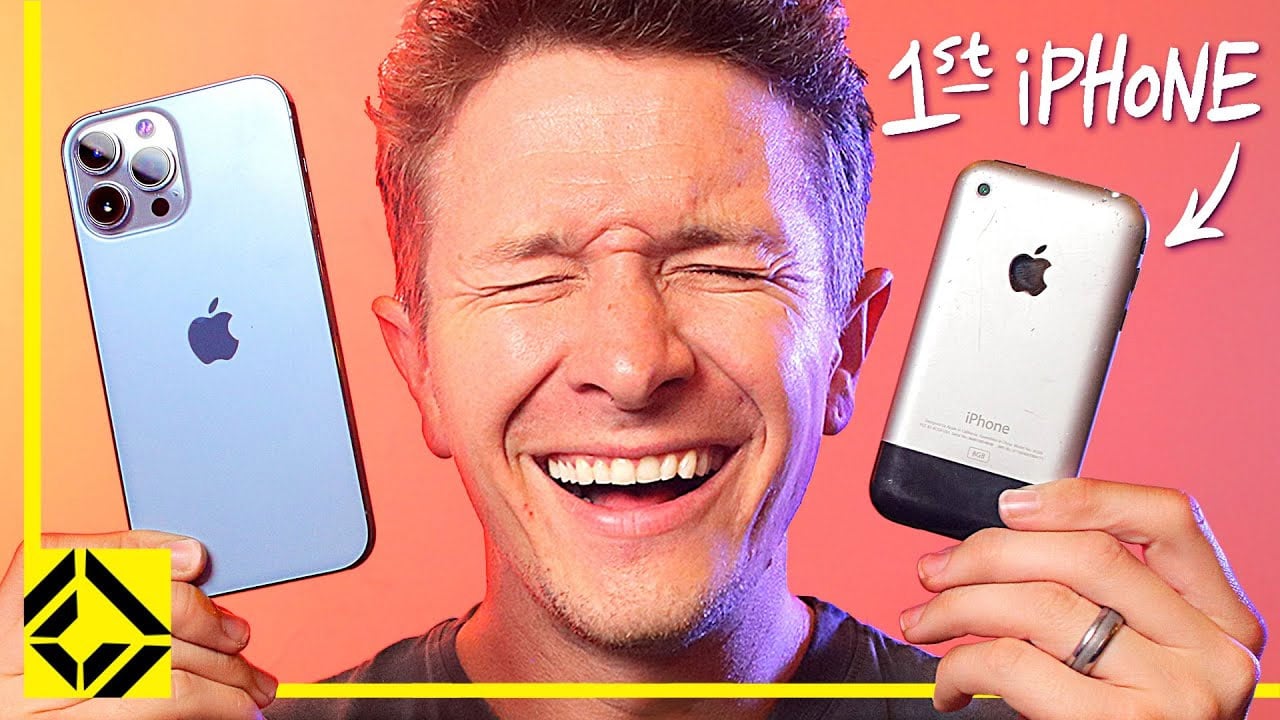 There’s always a lot of fuss made about the cameras whenever a new iPhone is released or… pretty much any smartphone these days, really. But are they as good as many people think they are? Well, probably not as this video from the folks at Corridor Crew demonstrate in this video.

In it, they put the iPhone 12 Pro Max (they didn’t have the iPhone 13 Pro Max in time to make this) up against the original iPhone. Yes, the one from 2007. They put the images through some AI algorithms to see if the quality of the original can come even close to a modern iPhone and yeah, it kinda does.

For much of the video, the team just go out and shoot a bunch of photos side-by-side with both phones to show how crappy the camera in the original iPhone really is. But here’s the thing. The latest iPhones are producing images that are much better than their sensors should be capable of. Why? Well, it’s all down to the AI processing embedded in the phones and the software they run now.

If you just want to get to the meat of the topic, head to the 16:14 mark in the video where Wren breaks down what the AI actually is and how some of these processes work in the latest iPhones. Then, he puts some of the images from the original iPhone through various AI software from Topaz Labs to see if he can replicate some of the “quality” that the newer iPhones have.

While the 2007 iPhone photos ran through AI didn’t quite match up with the latest iPhone when you got close, the “before and after” difference of images from that phone after running them through AI is pretty striking. The AI and cameras in the newer iPhones is a much better combination than the older iPhone with desktop AI software, but it illustrators exactly why the iPhone and other cameras can produce images that look as good as they do – at least until you zoom in real close. But it’s mostly not the sensor. It’s the AI.

One thing I didn’t see them try, to really press the point home, was shooting raw images. Something completely unprocessed and untouched by AI and all of those other automated processes. I know at least on my Android devices, shooting raw is where you start to see what a camera’s really capable of because it captures all those flaws and you have to clean them up yourself.