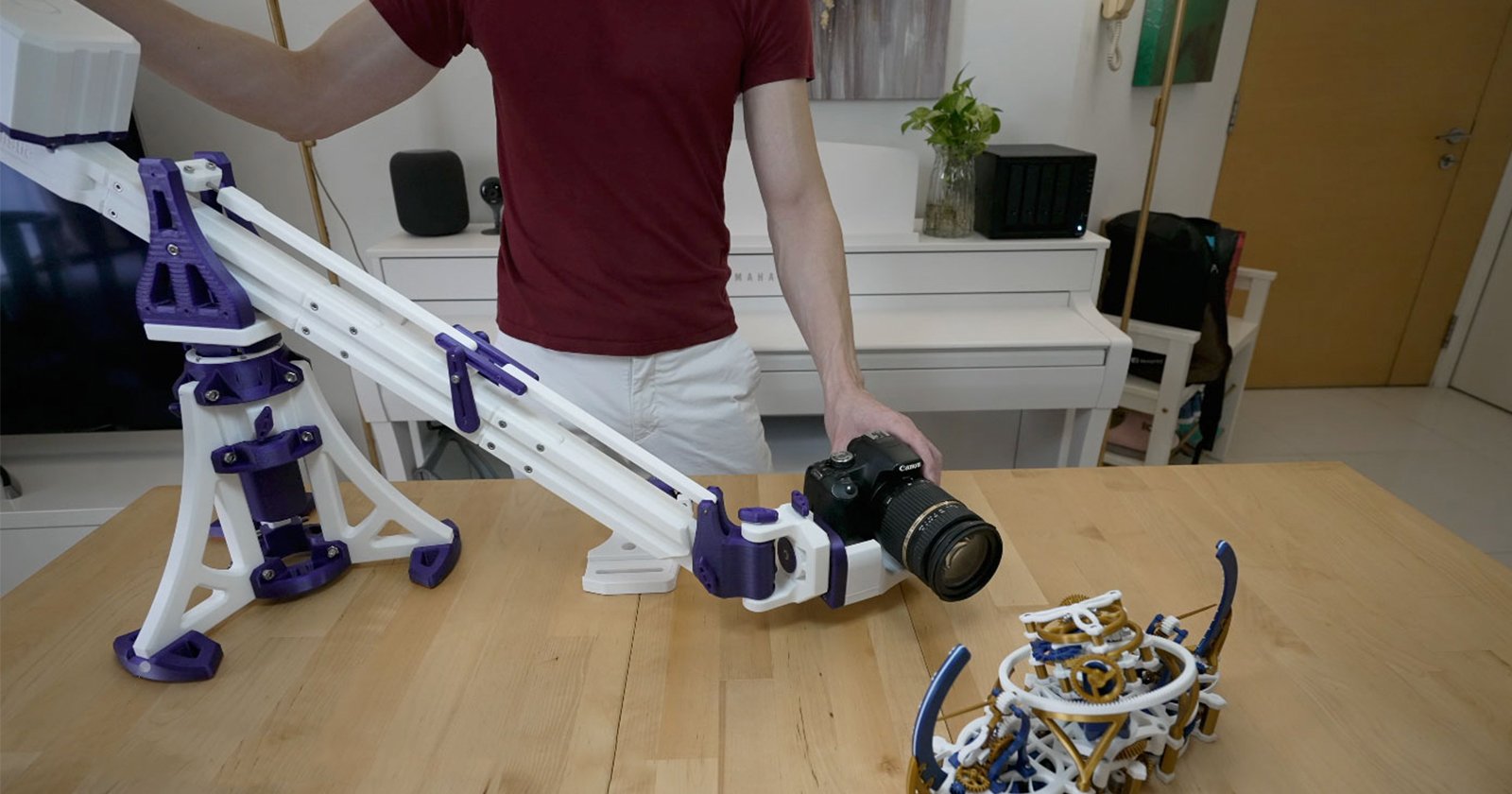 In this eight-minute video, the creative mind behind Mechanistic shows how he used a 3D printer to create a tabletop “Micro Jib.”

Capturing product photos and video in small workspaces can be a tedious process without the right gear, but acquiring some of the higher-end tools needed can be very expensive and out of reach for most creatives. As such, many turn to solutions at home that are more approachable, customizable, less expensive, or some combination of the three.

Shooting on a tabletop setting seems pretty straightforward and easy until you have to change camera angles and positions for different shots. When using full-size tripods and boom arms, making adjustments can be pretty cumbersome and time-consuming, where having a jib or crane would make things much quicker and easier to capture more dynamic and exciting shots. Spotted by Hackaday this mini version was inspired by Ivan Miranda’s 3D printed crane but takes that design and scales it down so that it can fit right on top of most household tabletops. 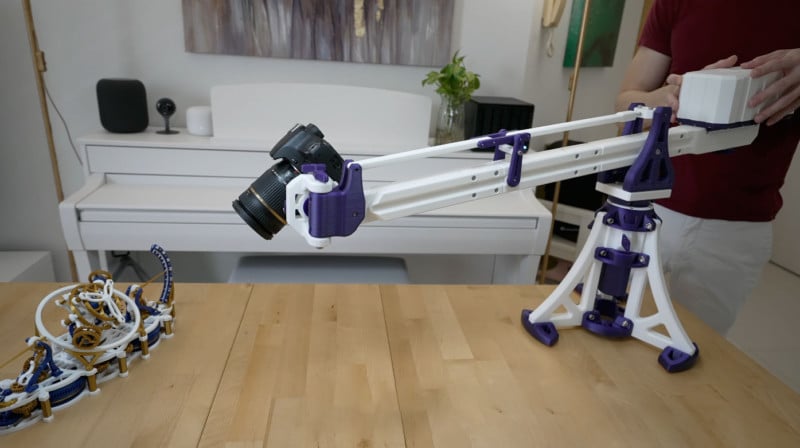 The crane’s main arm can pivot along two axes around the base and uses a parallel bar design to keep the camera orientation constant through its vertical range of motion. It has an adjustable counterweight on the opposite end to offset the weight of whatever camera system you attach as well. The mount for the camera provides an additional three degrees of movement and can even be used to adapt a smartphone holder for casual or on-the-fly needs. According to Tang, every axis of rotation can be locked using thumbscrews to ensure each component is secure. 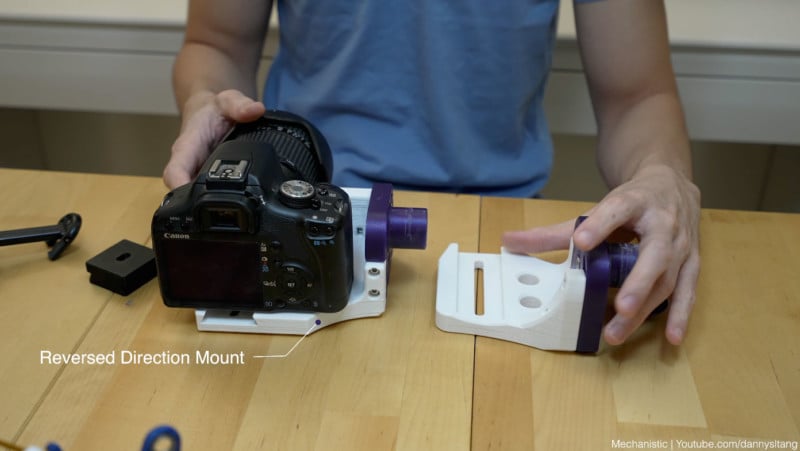 Tang says the system can hold a maximum weight of about two kilograms (about 4.4 pounds) based on his stress testing over a period of three months, meaning it is highly suitable for most new mirrorless systems and DSLR systems with appropriate lenses for the situation. The entire video above, for example, was recorded with the Micro Jib using a Sony Alpha 7S III with a 16-35mm f/4 lens, which proves the system is incredibly functional and still has a variety of unexplored use cases. 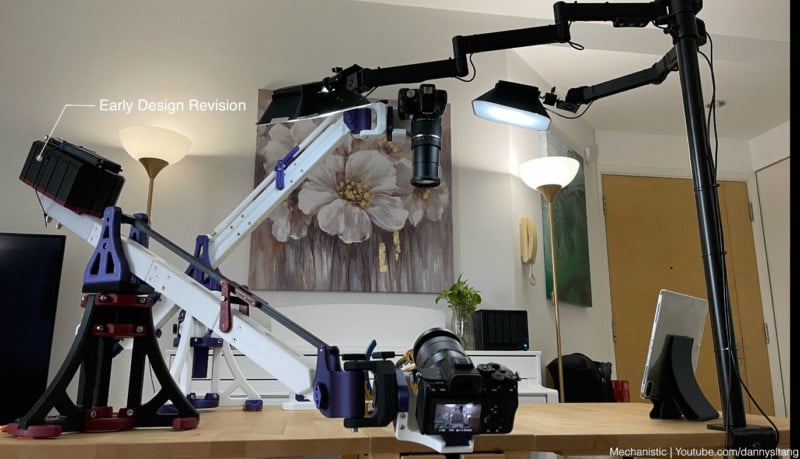 Those interested in 3D printing this kit for themselves can purchase the STL files for $39 here, and the assembly instructions can be found here in a PDF guide.

The Hard Life of a Predator
Film Photography: A Complete Guide
Prepare authentic photos of LOVE for Valentine’s Day 2023
Some Notes on AI, ChatGPT, and the Photography World
Photojournalist Releases Intense Images from the Jan 6 Riot