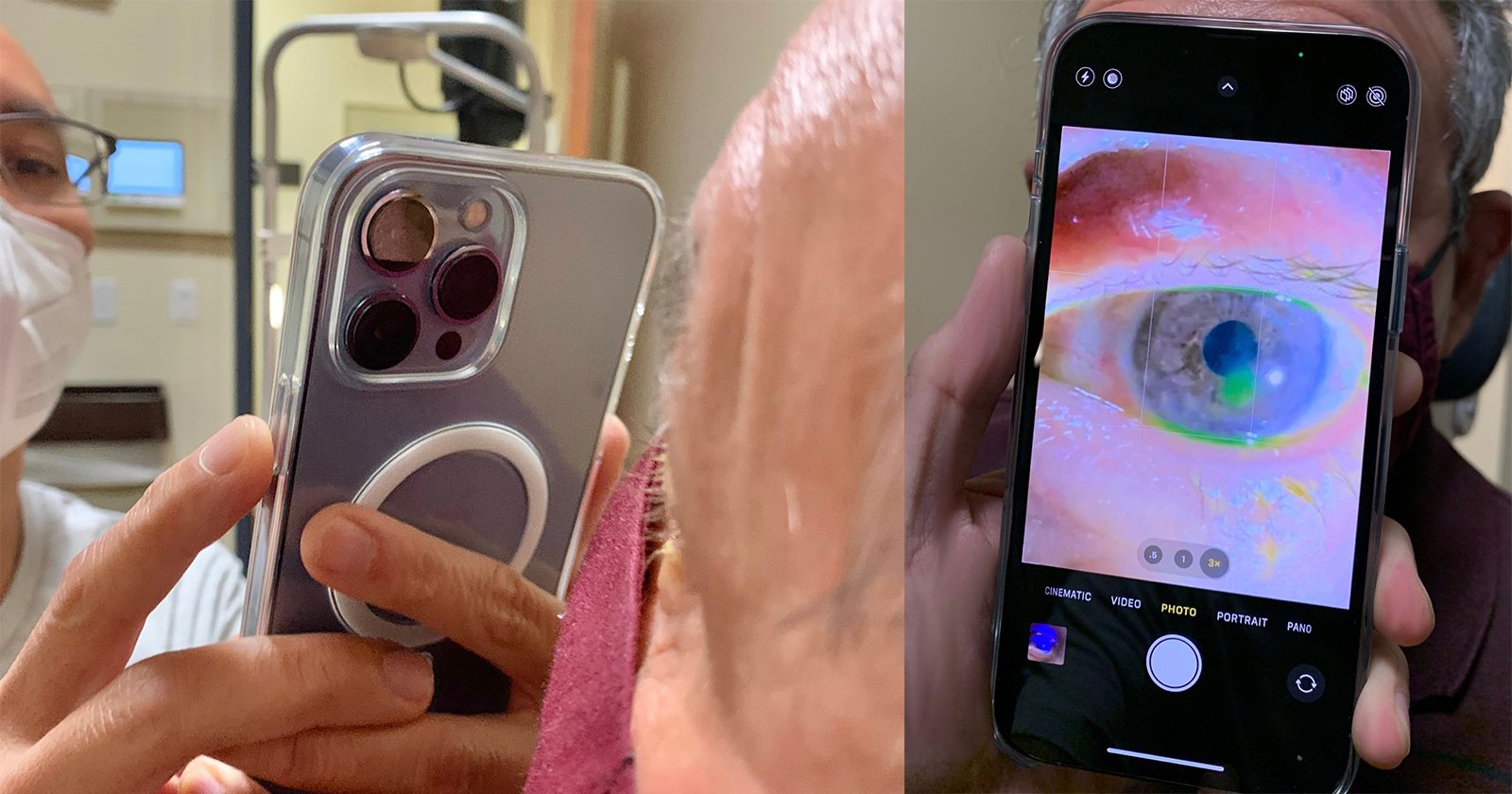 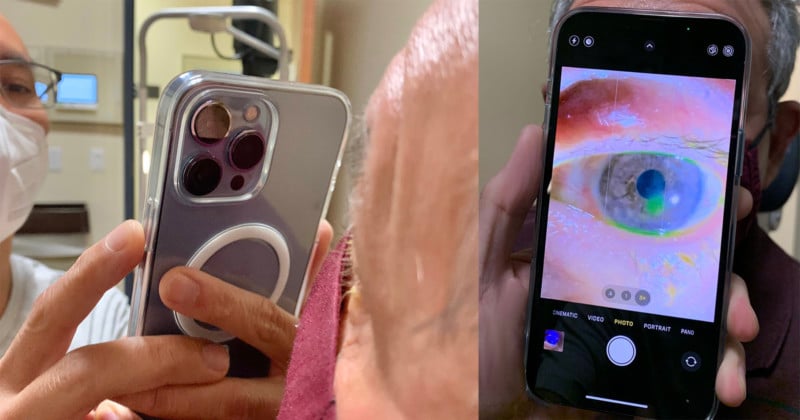 Doctor Tommy Korn recently went viral for showing how he uses the new iPhone 13 Pro macro camera capabilities to document the eyes of his patients. In an interview, he explains why he chooses to do it this way rather than use a “real” camera.

Dr. Korn is an ophthalmologist who specializes in cataract and cornea transplant eye surgery, but he is also a self-described camera and photography hobbyist who has been the proud owner of full-size cameras and lenses for years. Recently, a post he shared on LinkedIn that shows him using an iPhone 13 Pro to photograph patients’ eyes with its macro camera have gotten a lot of attention.

The photos were shared by 9to5Mac and other news outlets and across social media. But based on some of the comments he has seen, he says that he believes that there is some confusion as to why he uses the iPhone in the first place. 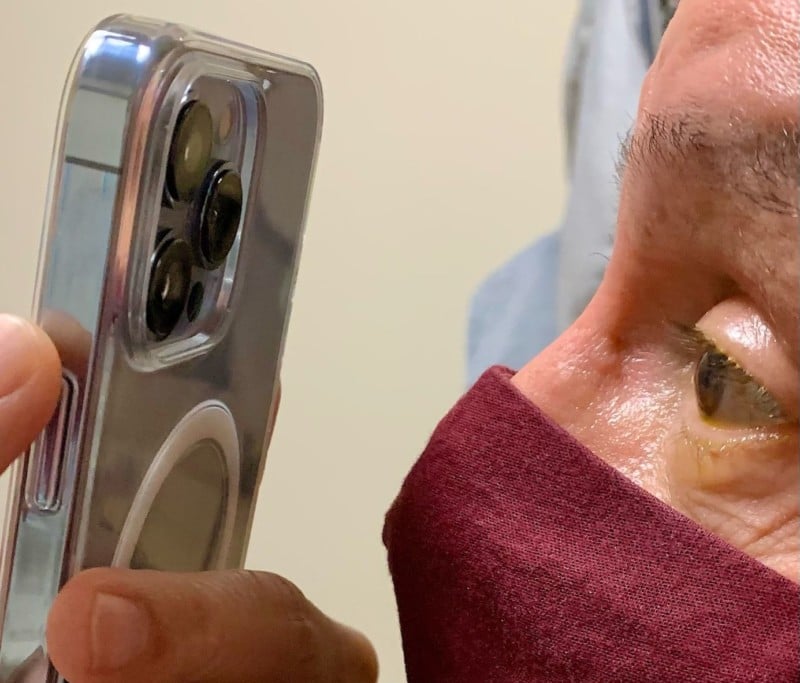 “There is some confusion on if the camera is going to replace exams or larger cameras,” he said in an interview with PetaPixel. “Let’s say you have an eye condition or eye problem and you have to see a doctor and you see them six months later and you ask ‘hey, how does it look compared to last time.’ Do you think the doctor remembers? They can’t remember. They look at notes and verbal descriptions.”

Dr. Korn says that this is why doctors who want to be conscientious will take photos to monitor progress in addition to copious notes. Some comments in response to his post on LinkedIn have encouraged Dr. Korn to use a higher quality standalone camera so that he can see more detail, but the doctor explains that’s not the point of what he is doing.

“I’m using it for documentation. I have just enough information to know if it’s serious or not,” he clarifies.

Additionally, Dr. Korn explains he says he has been doing this kind of documentation for some time, but it hasn’t always been with a smartphone: for a while he did use a full-size camera.

“I used to use a Nikon D800 with a 105mm f/2.8 macro lens,” he says. “I would take pictures of the patient’s eye using that camera and then I would have to take the card out, upload it, and put it into my computer records. There were lots of friction points.” 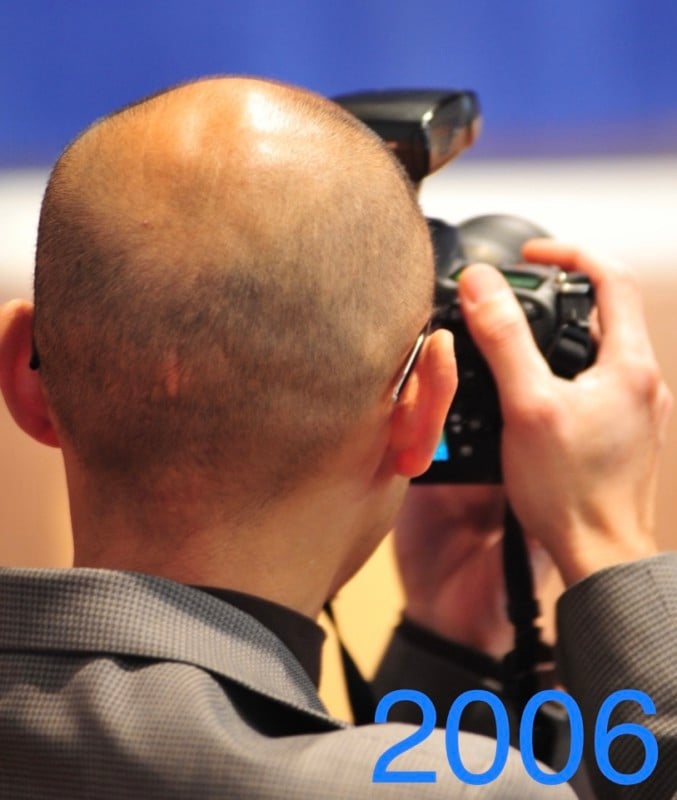 He explains that as the years progressed, he noticed that he was able to use a different method that would reduce that friction and make it easier for him to do his job.

“Around the release of the iPhone 6+ I started to tinker around with an iPhone modified with an adapter on a slit lap eye examiner that is seen in most doctor’s offices,” he says. Dr. Korn uploaded a video that demonstrates how he uses the custom adapter on his slit lamp eye examiner in a video he published in early 2021:

Now with the release of the iPhone 13 Pro, Dr. Korn says that the camera has gotten so good that he no longer needs the $15,000 slit lamp machine with an adapter and can take the photos using only the iPhone.

“This is a pro camera that comes with a computer attached to it,” Dr. Korn said. “So, that being said, I use this camera to document patient photos and attach them to my records with a few taps.”

He explains that this is much faster and easier than using a standalone camera, but its benefits don’t just stop at him.

“I also AirDrop the patient’s eye photos to the patient’s phone so that they have a record as well,” he says. “So if they ever go to see another doctor, they can see what it was like before.” 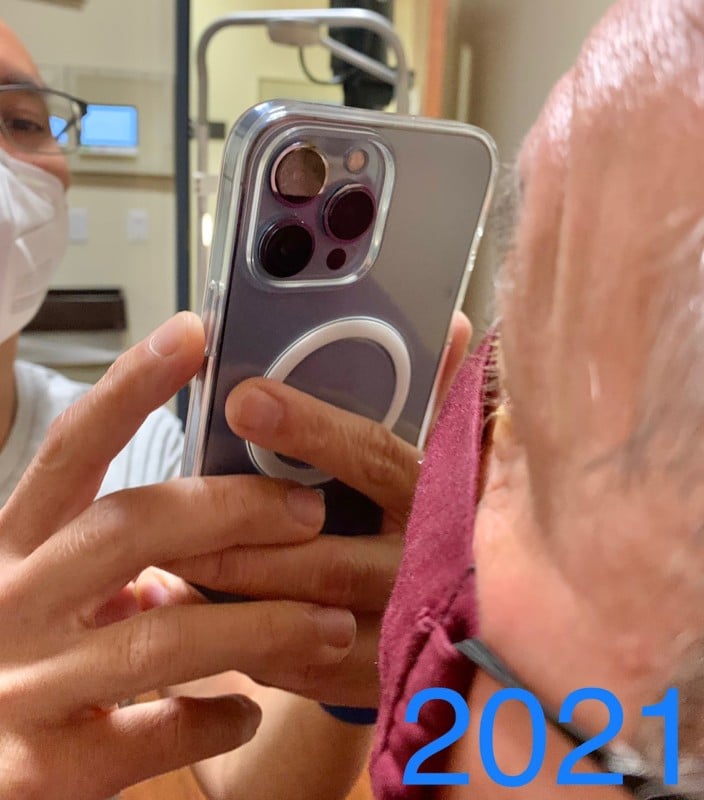 Dr. Korn says that the fact that his patients can also take photos of their own eyes at home makes it much easier for him to work with them remotely.

“They can now send me pictures remotely and I can conduct a televideo visit with them and ask them to show me their eye,” he says. “And that improves telemedicine. I can then bring in the people who really need to be seen in person, and those who are not an urgent case can still get care conveniently at home.”

Dr. Korn says he still owns that Nikon D800 and also a Sony Alpha 7 III, but as far as his work as an ophthalmologist is concerned, they are “gathering dust” because he is able to provide frictionless care using the iPhone.

“I see a lot of patients,” he says. “I can’t be lugging those cameras around.”