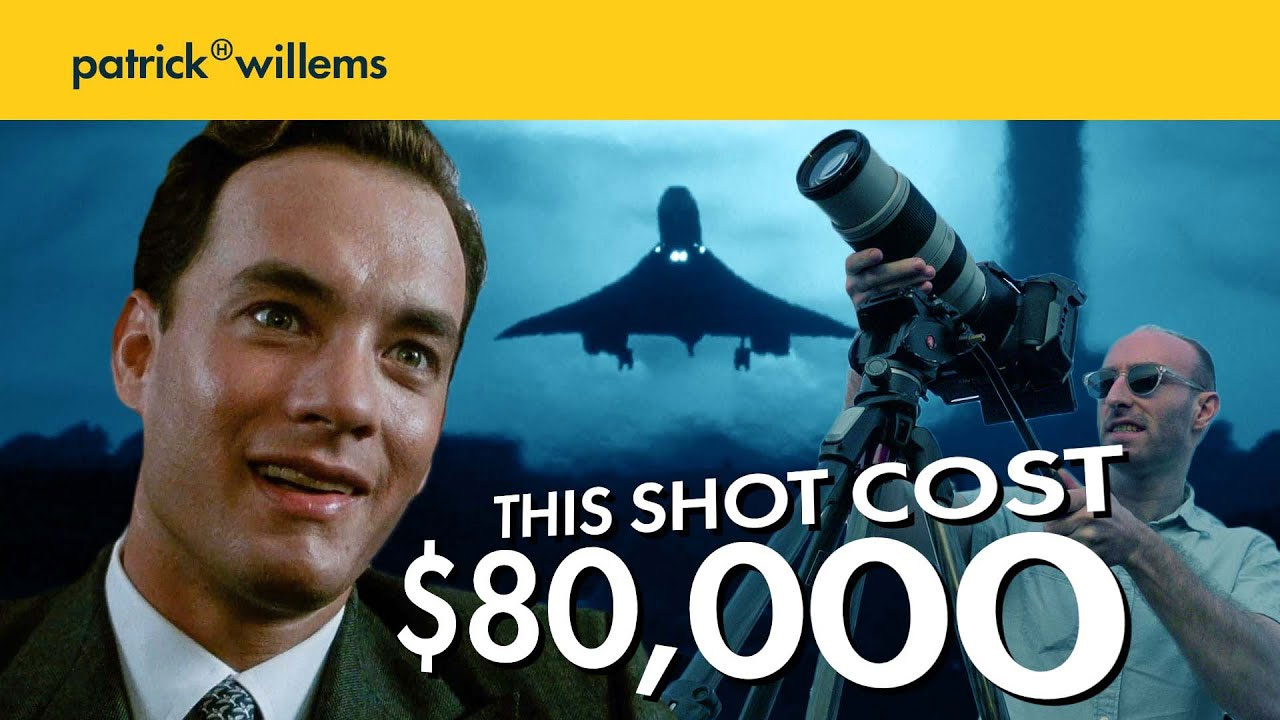 Movie and shot breakdowns are always a lot of fun to watch. Even breakdowns for bad movies are often quite interesting. That’s the case here, as film boffin Patrick Willems describes in this particular video. It describes a particularly bad movie (The Bonfire of the Vanities) by a particularly good director (Brian De Palma).

It was widely regarded as a pretty bad movie when it was released and it still is today. But there are elements of it that are quite exceptional. Such as one particular shot that De Palma said he’d never include in a movie. And that’s one of a plane landing – to signify that one of the characters has just travelled somewhere.

Even back in the late 80s and early 90s, there was plenty of stock footage out there of planes landing, and it had already become a bit of a cliche in movies. 2nd unit director Eric Schwab, however, managed to change his mind with a shot that was only possible to capture for 30 seconds out of the entire year, relied on perfect weather and critical timing with a Concorde coming down to land. It’s crazy they managed to pull it off at all, and they say that five cameras were rolling simultaneously to try to ensure success.

It’s a shot that ultimately cost $80,000 to make and featured Concorde hitting the runway at JFK with the Empire State Building and a huge sun in the background as it sets. Its cost was quite significant by 1990 standards and it was different enough from the movie tropes that it made De Palma change his mind about using such a shot in his movie.

But perhaps more significantly, it’s a shot that couldn’t or simply wouldn’t be made today.

For a start, Concorde stopped flying in 2003. Bringing one out of retirement – even assuming you could find somebody willing to do it (there’s only 17 of them left and they’re all in museums) – would come with astronomical costs. The layout of JFK has changed pretty significantly, especially since the events of September 11th, 2001. Being able to get that angle with the required focal length just wouldn’t really be possible now, even if you could get the plane.

Probably the most obvious reason why it wouldn’t be made today, though, is that even if you had the perfect plane, the right view, the correct 30-second window and the lighting conditions were just perfect, it’s easier (and probably cheaper) to just do it in CG. That 30-second window suddenly becomes infinite. Those buildings that might be in the way in real life, you can just take them out. Concorde hasn’t flown for almost two decades? No problem, it can in the computer.

It’s a sign of the changing times. It’s fascinating to look back on the practical shots we’ve done in movies of the past and how they compare to the approach and techniques we’d use today. I don’t know that the modern way is better or worse, but it’s certainly different.

Panasonic Leica Summilux DG 12mm f/1.4 ASPH Review
This DIY gadget captures and saves metadata for your film photography cameras
Can You Find the X? Photographer’s Gigapixel Images Contain Hidden Code
How to Develop B&W Film at Home: A Simple Guide for Mere Mortals
The Advantage of an Inconspicuous Camera