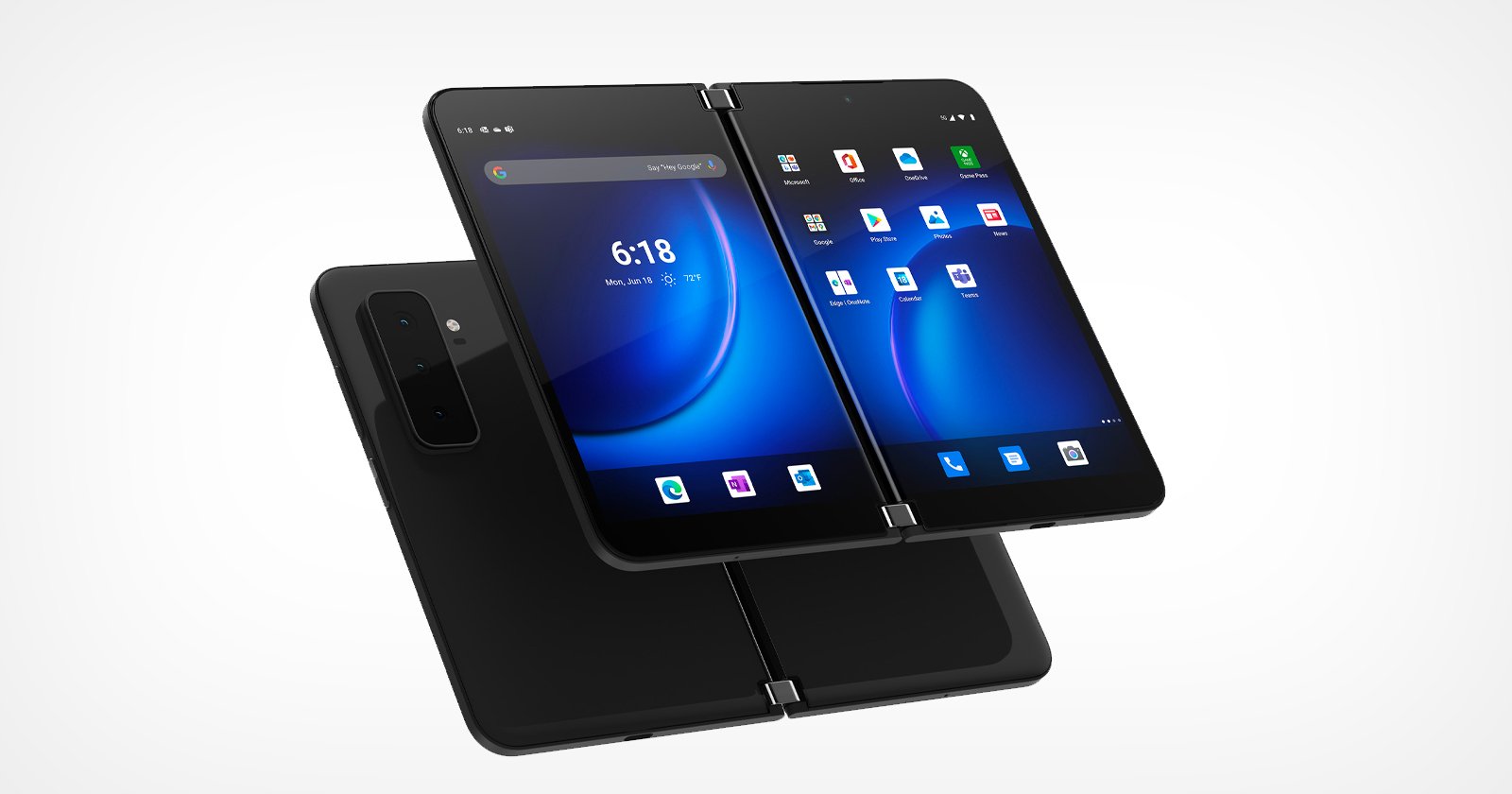 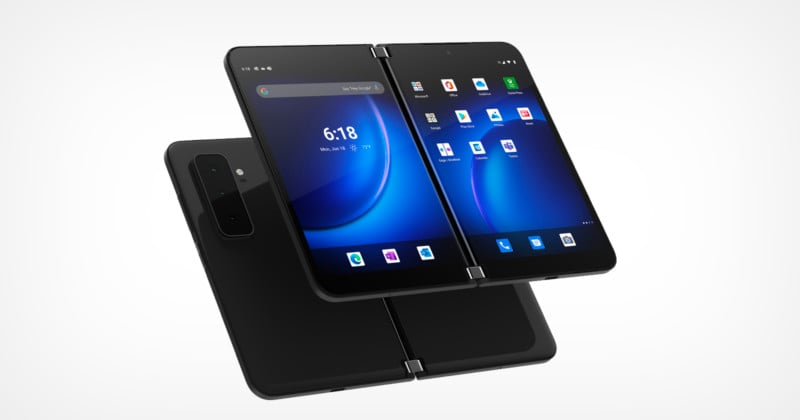 Microsoft has announced the Surface Duo 2, its second-generation foldable smartphone which makes significant improvements over the original including a new camera array and multiple usability enhancements.

The new Surface Duo 2 integrates the Snapdragon 888 processor, 5G connectivity, and a new triple-lens camera system. It also has two brighter, larger, and thinner PixelSense Fusion displays. Microsoft says it designed the Surface Duo 2 to work just as well as two separate screens as it will as a single screen (folded). 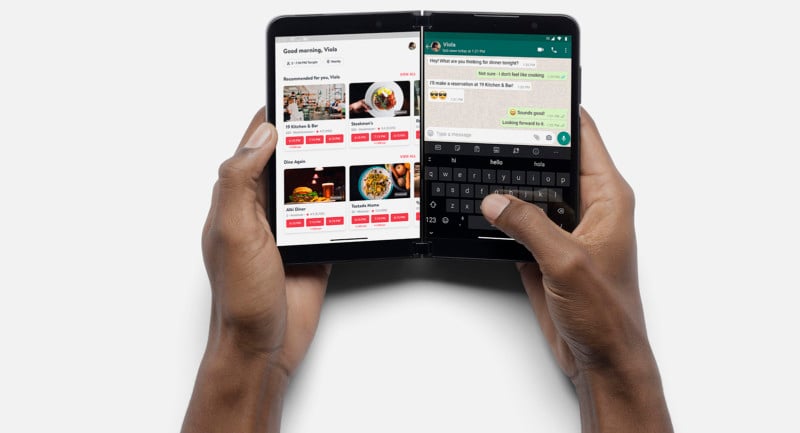 Starting with the display, Microsoft says that it is “incredibly thin” when open and consists of two 5.8-inch touchscreens that open to a full 8.3-inches. Specifically, each side of the Duo is a 1344 x 1892 pixel AMOLED. The company says that they are more durable, larger, and brighter as well — up to 800 nits of peak brightness that refresh adaptively up to 90Hz.

The device can be arranged in three formats: Book, Compose, and Tent modes. When closed, Microsoft added a way for the Duo to display a range of notifications from charge level, to volume, to messages that will alert the user even when the device is not currently being used. 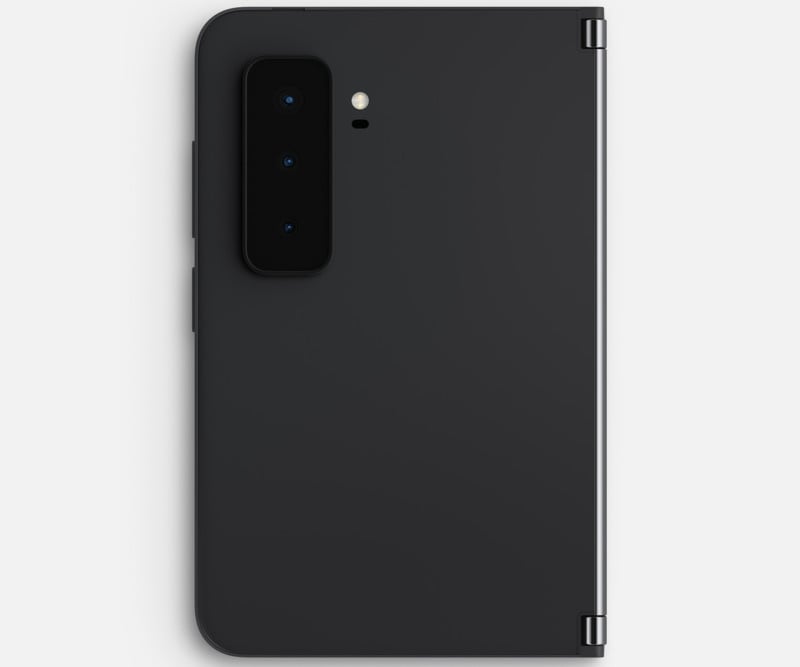 The camera system on the Surface Duo 2 has been greatly improved. It is made up of three cameras: a 12-megapixel 27mm f/1.7 that features dual pixel phase detection autofocus and optical image stabilization, a 12-megapixel 51mm f/2.4 telephoto that also features optical image stabilization and adds normal phase detection autofocus, and a 16-megapixel 13mm f/2.2 ultra-wide that features a 110-degree diagonal field of view with distortion correction. 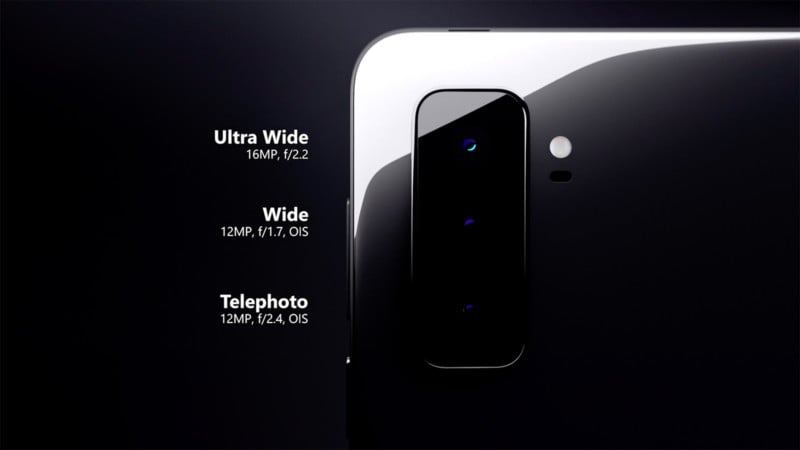 On the software front, the Surface Duo 2 offers an duto mode with low-light and HDR multi-frame HDR photo capture and dynamic range scene detection. It also has a dedicated night mode and a “smooth zoom” feature between all three rear-facing cameras. It is also armed with a machine-learning powered Portrait mode with adjustable depth control and is supported on the wide and telephoto cameras. Microsoft also says that the panorama mode has “wide dynamic range” and that photos can be captured at the same time 4K video is being recorded. 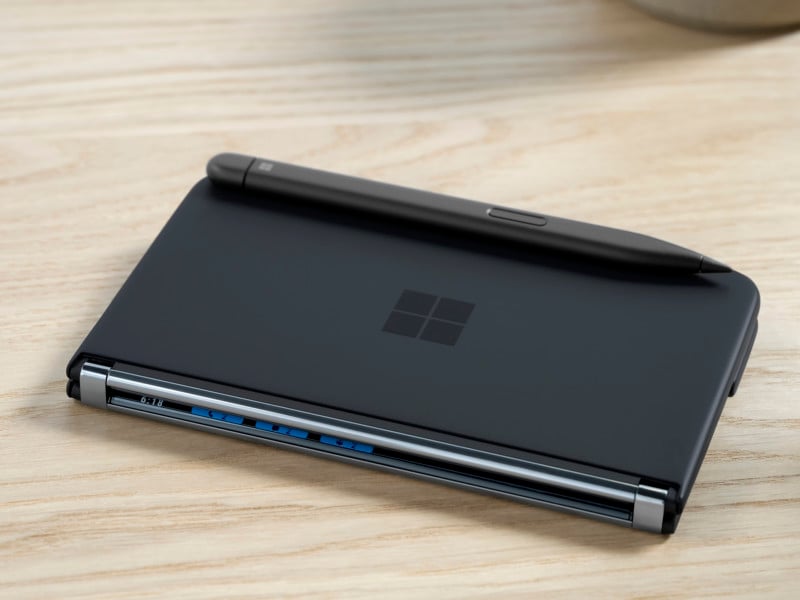 Speaking of video, the camera system is capable of recording 4K HDR video at up to 60 frames per second and slow-motion video at either 120 or 240 frames per second. Video is recorded in either H.265 or H.264 depending on preference.

Microsoft rates the battery life of the Duo 2 at 15.5 hours of local video playback and 28 hours of talk time. Overall, the company says that users can expect “all day” battery life.

The Surface Duo 2 comes in 128, 256, and 512 GB storage capacities and features 8GB of DRAM LPDDR5 memory. It charges and connects to devices via a USB-C port. It also supports all in-market generations of the Surface Slim Pen. The Surface Duo 2 can be pre-ordered today from Microsoft starting at $1,500 and will ship on October 20.

The Lime Two is a New and Improved Hot Shoe-Mounted Light Meter
Specs leak for OM System M.Zuiko Digital ED 90mm F3.5 Macro IS PRO ahead of announcement
Storaxa is a Customizable Remote NAS and Home Cloud Storage System
What is Infinity Focus in Photography?
🔥 Change Hairstyles and Swap Hair in Photoshop!