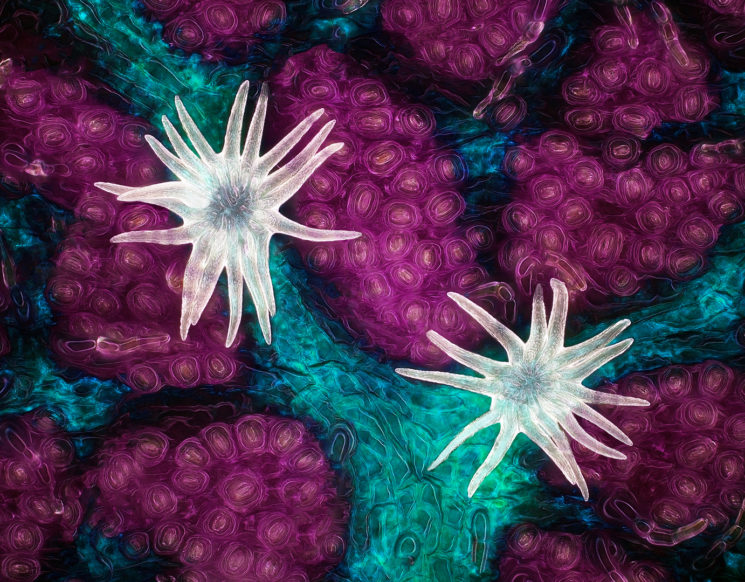 Nikon Small World is one of those contests that let us see just how much beauty can be hidden even in the tiniest of objects. The contest has announced its 2021 winners, and we bring you the gallery with this year’s stunning top twenty images.

The contest was founded in 1974 to recognize excellence in photography through the microscope. In 2011, its sister competition Nikon Small World in Motion was launched in response to technology advances, allowing us to shoot movies or digital time-lapse photography through the microscope. So, this year marks the 47th year of the photo and the 11th year of the video competition.

This year, the photo contest only received almost 1,900 entries from photographers across 88 countries. The jury evaluated them on originality, informational content, technical proficiency, and visual impact. But there can only be one first place. And this year, it was awarded to Jason Kirk for his striking image of a southern live oak leaf’s trichomes, stomata, and vessels.

To shoot his image, Jason used various lighting techniques and design tools. Using a custom-made microscope system that combines color-filtered transmitted light with diffused reflected light, he captured around 200 individual images of the leaf and stacked them together.

“The lighting side of it was complicated,” Jason said about his process. “Microscope objectives are small and have a very shallow depth of focus. I couldn’t just stick a giant light next to the microscope and have the lighting be directional. It would be like trying to light the head of a pin with a light source that’s the size of your head. Nearly impossible.”

The photographer edited the color temperature and hue in post-production to better illustrate the various elements pictured. He used both transmitted and reflected light on opposite sides of the leaf to highlight three vital structures: trichomes in white, stomata in purple, and the colored in cyan are the vessels that transport water throughout the leaf. All three are essential to plant life.

Second place was awarded to Esmeralda Paric for her image of a microfluidic device containing hundreds of thousands of networking neurons. The primary neurons were extracted and cultured, then seeded and transduced with a virus. The particular image shows two populations separated but bridged, with different viral treatments. It was maintained for 30 days, immunostained, and tiled imaged. 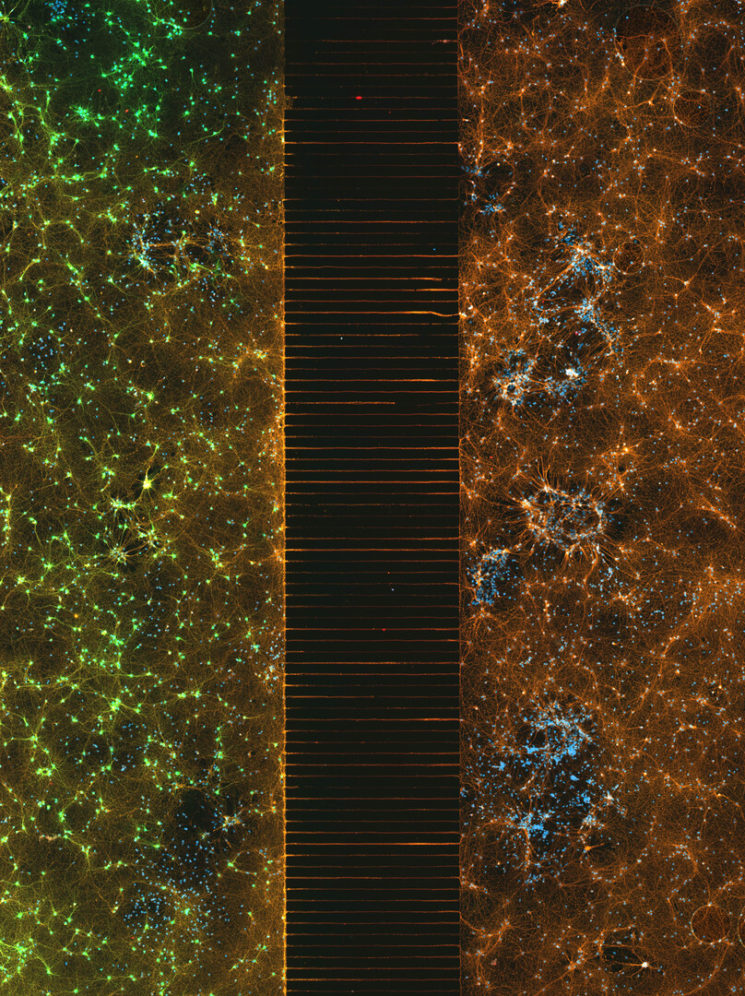 The third place was captured by Frank Reiser for his picture of a rear leg, claw, and respiratory trachea of a hog louse (Haematopinus suis). 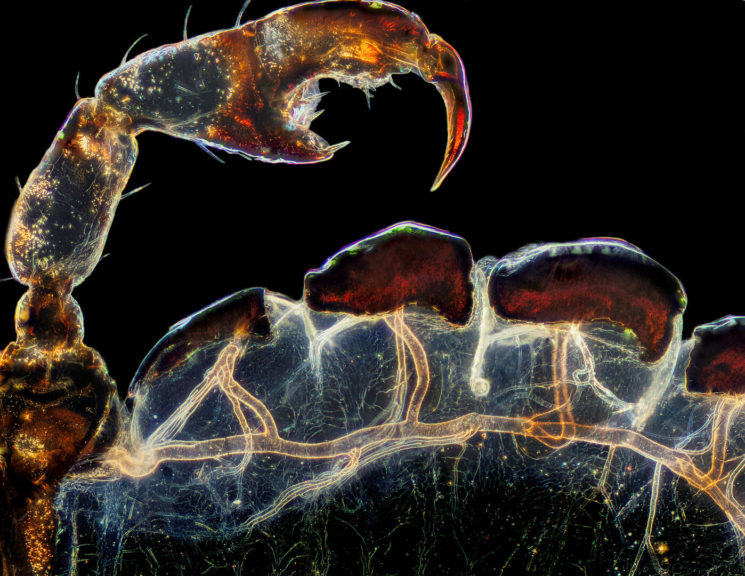 Take a look at the rest of the top 20 images below, and make sure to visit Nikon Small World’s website for more information and even more stunning images. The 2021 video winners were announced on 16 August you can find them here. Oh, and take a look at the winners from previous years, too! 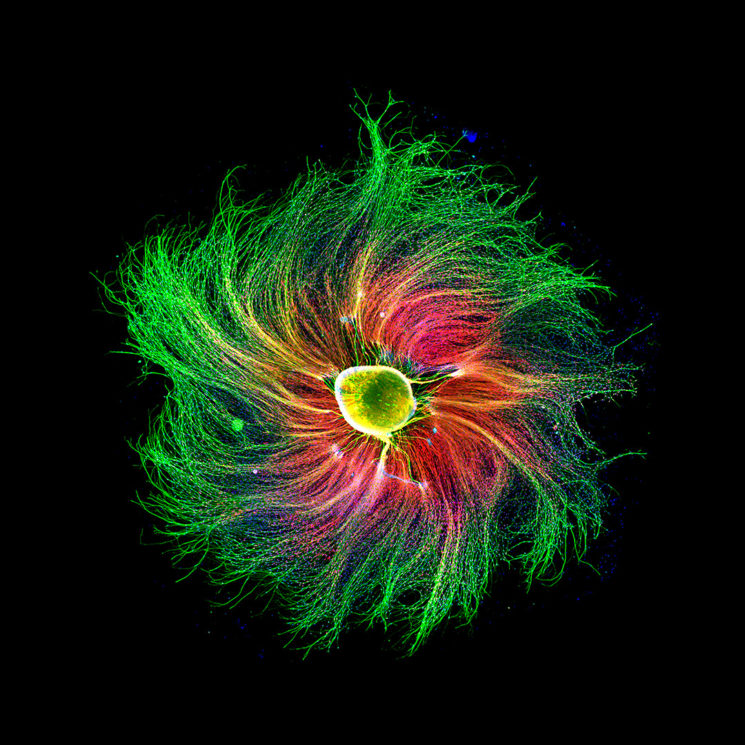 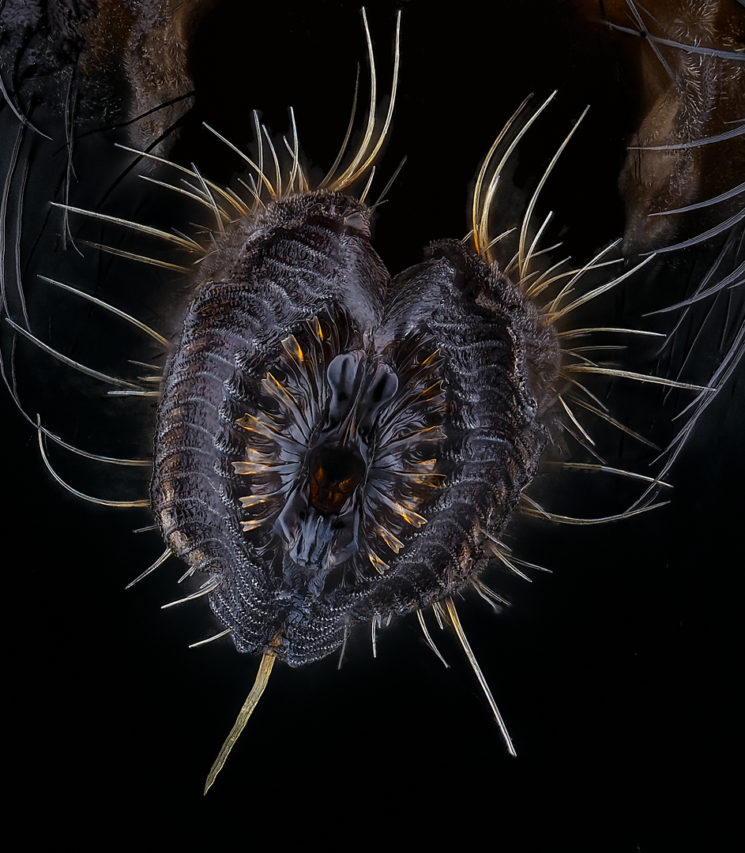 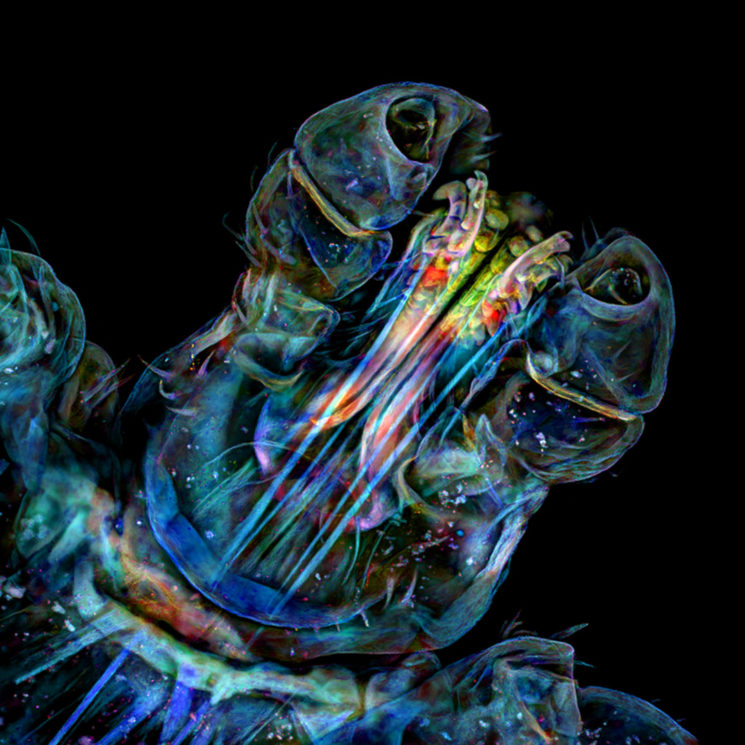 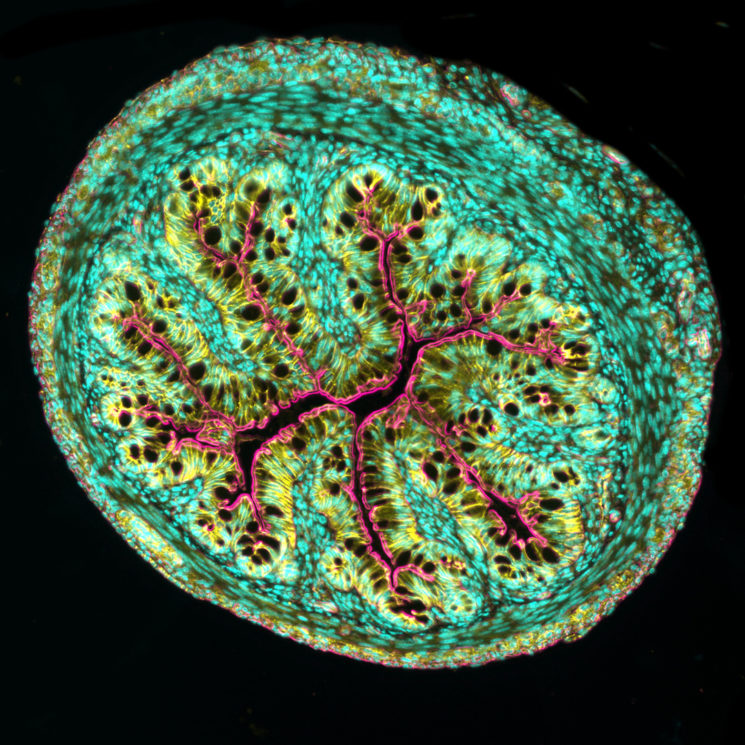 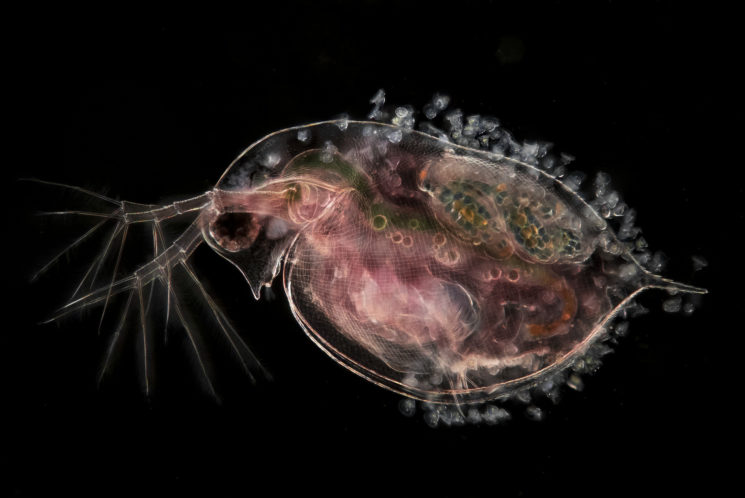 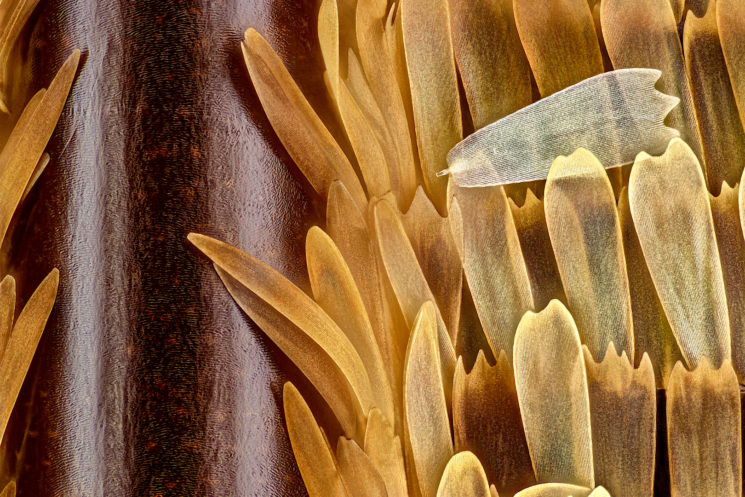 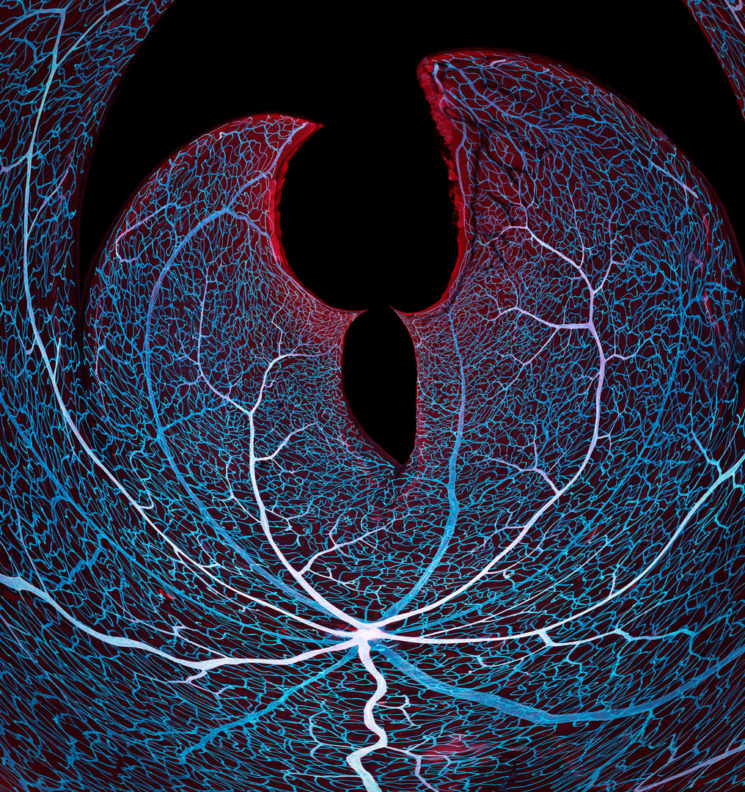 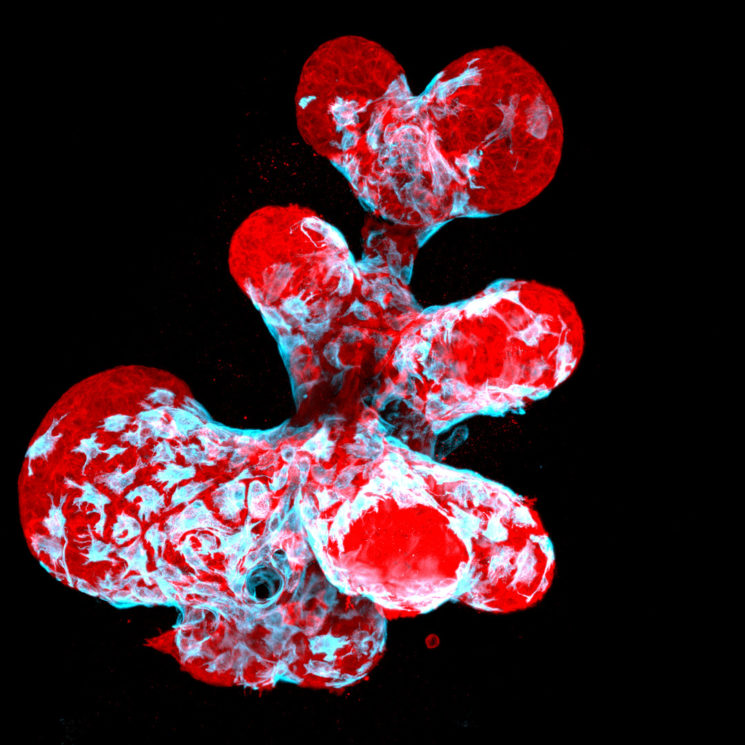 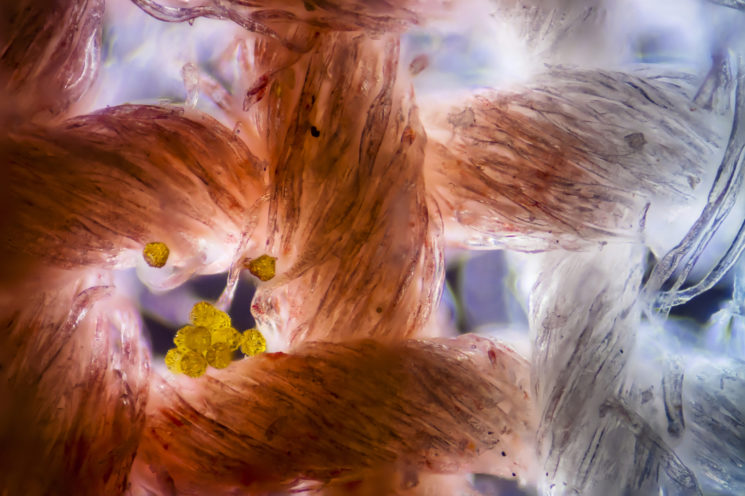 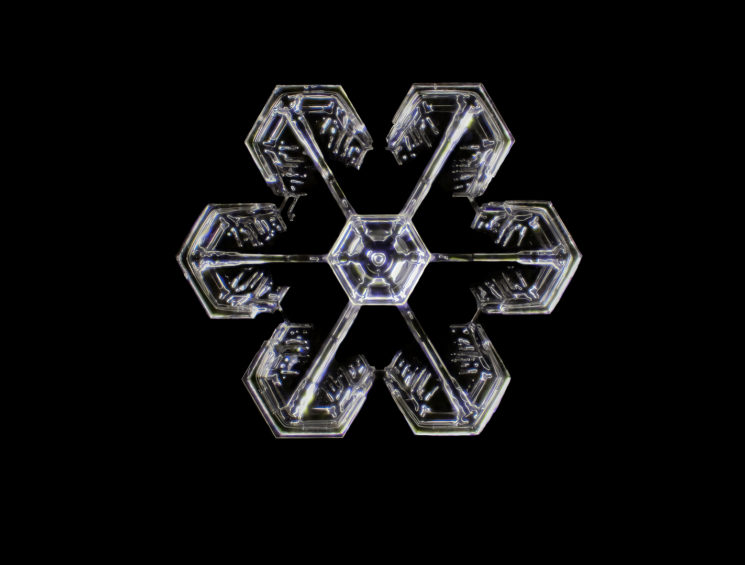 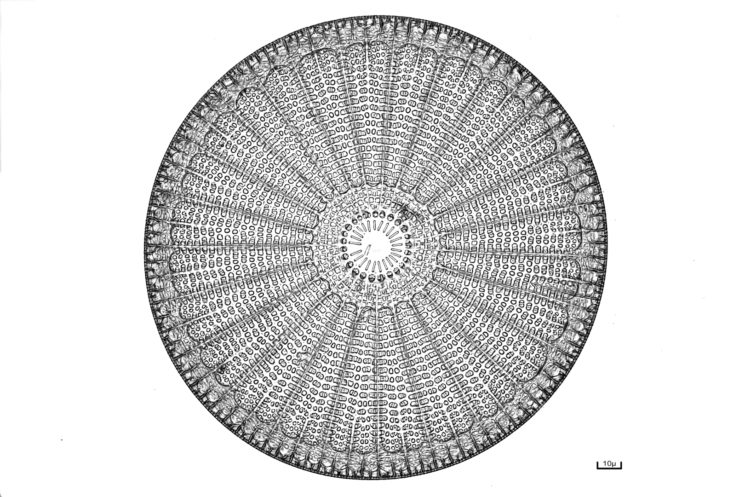 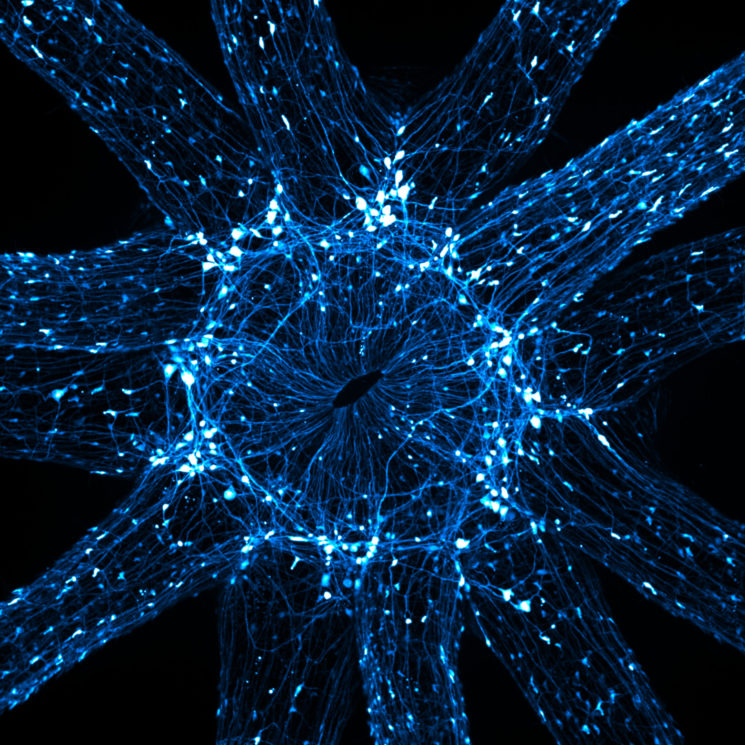 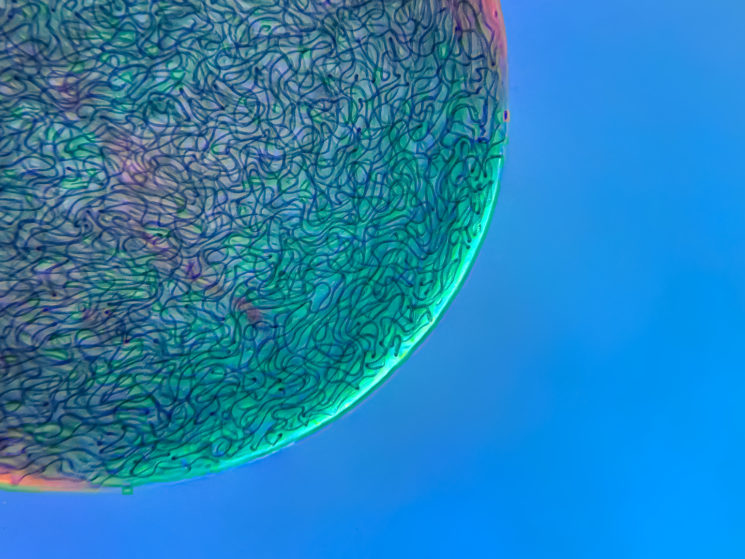 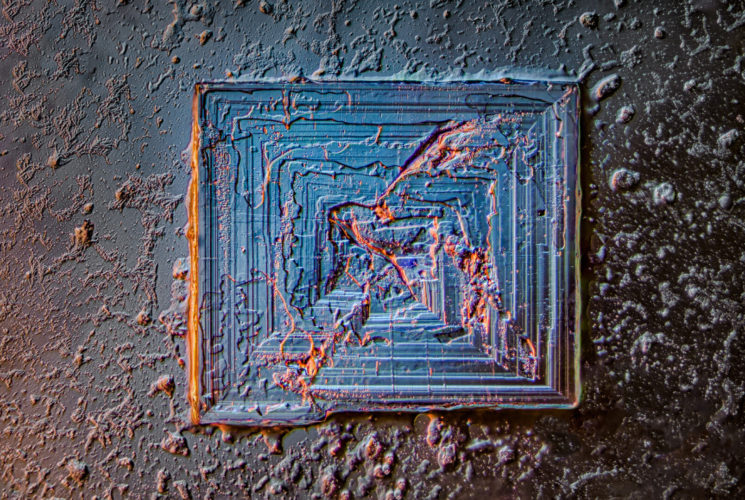 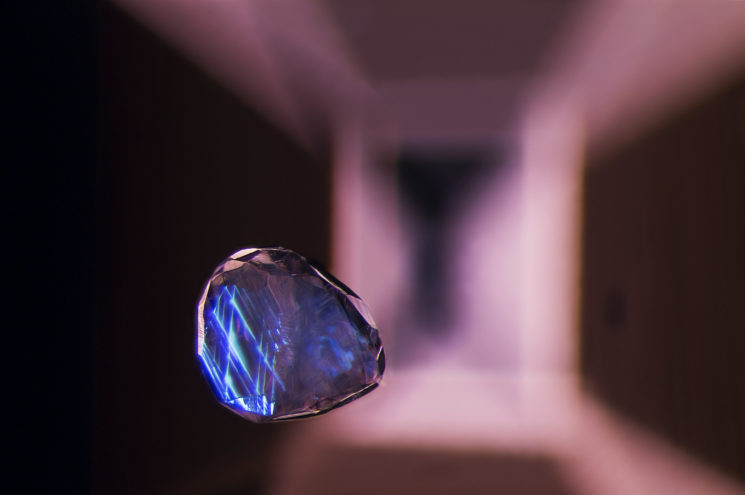 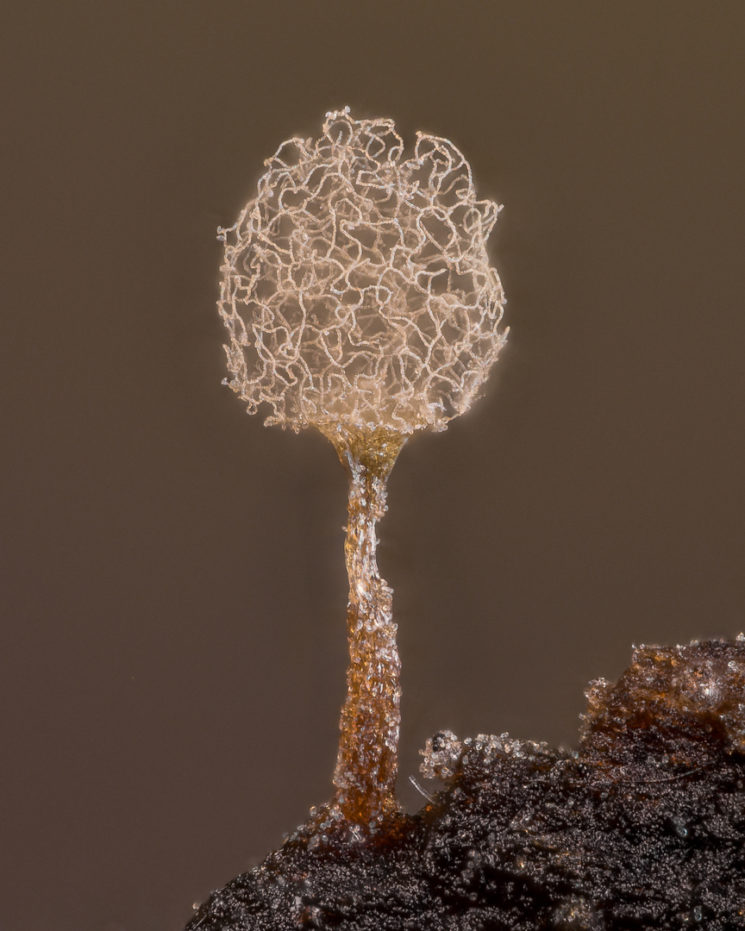