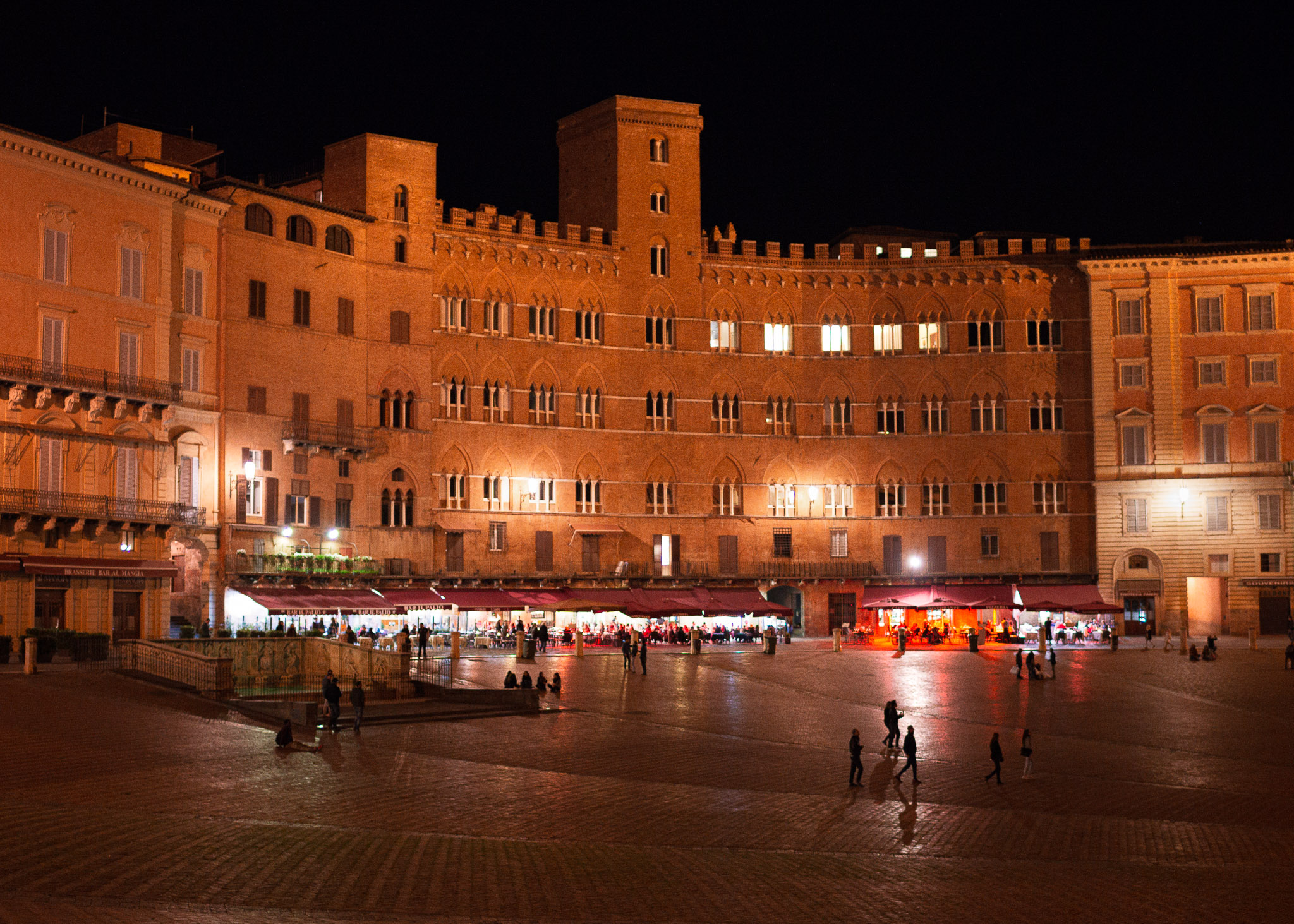 These are great lenses most of the time, and it’s easy to add other lenses like a 50mm f/1.4 prime or a supertelephoto to make them even more versatile. But just because those particular kits don’t have any gaps between focal lengths doesn’t mean that’s a necessary feature of a good lens set.

In practice, there’s no great need to avoid empty spaces between focal lengths so long as they’re not too far apart. Take another popular three-lens set, for example: a 16-35mm zoom, 50mm prime, and 70-200mm zoom. Although that kit misses focal lengths between 35mm and 50mm, as well as 50mm and 70mm, these gaps are so small that plenty of photographers will never miss them.

It’s hardly uncommon to go more extreme than that, either. A two-lens kit comprised of a 35mm f/1.4 and 85mm f/1.4 (or their f/1.8 alternatives for those on a budget) is fairly popular among portrait photographers, photojournalists, and others needing maximum light-gathering capabilities. Some photographers add a 50mm prime to round out the set, but many don’t. Just 35mm and 85mm can be enough.

Photographers have plenty of valid reasons to pick a kit with some focal length gaps. The omnipresent concerns of weight and price are two of the biggest – and you can save on both if you aren’t fixated on a gapless set. But another reason is simplicity. There is a certain charm to carrying a two-lens kit where you immediately know whether you need the wider or tighter angle for a particular shot, and to some photographers that means better photos as a result.

Personally, at one point, my only two lenses were a 24mm and a 105mm. My camera was the crop-sensor Nikon D7000, which meant my equivalent focal lengths were about 35mm and 150mm. I’d have added other lenses if my budget allowed, and of course there were times when I grew annoyed by the large focal length gap. But those times were fewer than you may think. For plenty of photography outings, I’d keep the 24mm lens on my camera and the 105mm in my bag in case a telephoto opportunity presented itself, and I rarely felt short-changed.

It’s possible to fill in the blanks, even quite large ones, by walking forward or backward (yes, even though it changes perspective) and cropping or making panoramas in post-production. But there’s also a point at which none of that is enough. Although I enjoyed shooting with the 24mm + 105mm combo, there wasn’t any reasonable amount of moving around or cropping that could bridge the gap between those focal lengths. I added a 50mm lens a year later. I didn’t use the 50mm as much as the other two lenses, but it did help on occasion.

So, how much of a gap between focal lengths is reasonable, and how much is too much?

Part of it naturally depends on the photographer in question. Some photographers get antsy if they’re missing even a small amount of coverage. Other photographers are content with just one or two lenses for most of their body of work – maybe a wide and telephoto lens, or maybe just a single 50mm prime like Henri Cartier-Bresson famously used for most of his life.

It’s also important to remember that differences in angle of view are more substantial at wide angles than telephotos. For example, the difference between a 14mm lens and an 18mm lens is greater than that between a 400mm lens and 500mm lens. (The former is about a 1.29× zoom and the latter is a 1.25× zoom.) When figuring out how much of a gap you have between two lenses, go by the multiplication factor between them rather than the simple millimeter difference.

Personally, my answer is that I’m totally comfortable with a focal length gap of 1.5× between lenses, and I only start considering if I should add something else if the gap is greater than 2×. I’m sure some other photographers prefer different standards, but that’s what has worked for me in almost every situation over the years.

Still, your own preferences may push you in one direction or the other, and who’s to say you’re wrong? While most photographers would be comfortable with a 24mm and 35mm kit to cover the 24-35mm range, others won’t feel right unless they add a 28mm lens in their bag as well (or just use a zoom in the first place). If that’s your preferred way of shooting, don’t let me stop you.

In the opposite direction, the greater-than-2× gap I try to avoid is hardly an exact cutoff. Remember the portrait photographers who shoot with a 35mm and 85mm kit? That’s about a 2.4× gap, but many photographers fall in love with such a kit and find that its simplicity outweighs other concerns.

At the end of the day, the most important thing is to be happy with the lenses you’re using. But the second most important thing is to stop stressing about small areas of missed coverage between two lenses! I once saw a photographer who was worried his 14-24mm, 24-70mm, and 80-400mm kit missed out on the focal lengths between 70mm and 80mm. There’s just no need for such concern.

The inspiration for this article came as I tested a few lenses for upcoming reviews at Photography Life – the Canon 35mm f/1.8, 50mm f/1.8, and 24-240mm f/4-6.3 RF mirrorless lenses. (I’m still a Nikon shooter, but reviews are reviews!) I left the 24-240mm at home to save weight for a hike… and rather than feeling like I missed out, I actually returned thinking I could have left one of either the 35mm or 50mm at home as well and not missed any shots. Granted, in this case, I’m still glad that I brought both lenses because it was a pretty easy hike and I got some samples for each review. But in the future, on a multi-day trek with weight as a big concern, I’d leave one of the two at home without worrying about any ensuing focal length gaps.

Don’t get me wrong – it’s still nice to minimize the empty spaces between focal lengths to about 1.5× or 2× when possible. But the moment that you have other concerns like price, weight, or simplicity, prioritize those factors instead. Even with a huge focal length gap, you can walk around, make panoramas, crop slightly, and compose thoughtfully to capture good photos of almost any subject. And that’s because the most important tool in photography isn’t the lens, but rather your own creative thinking.