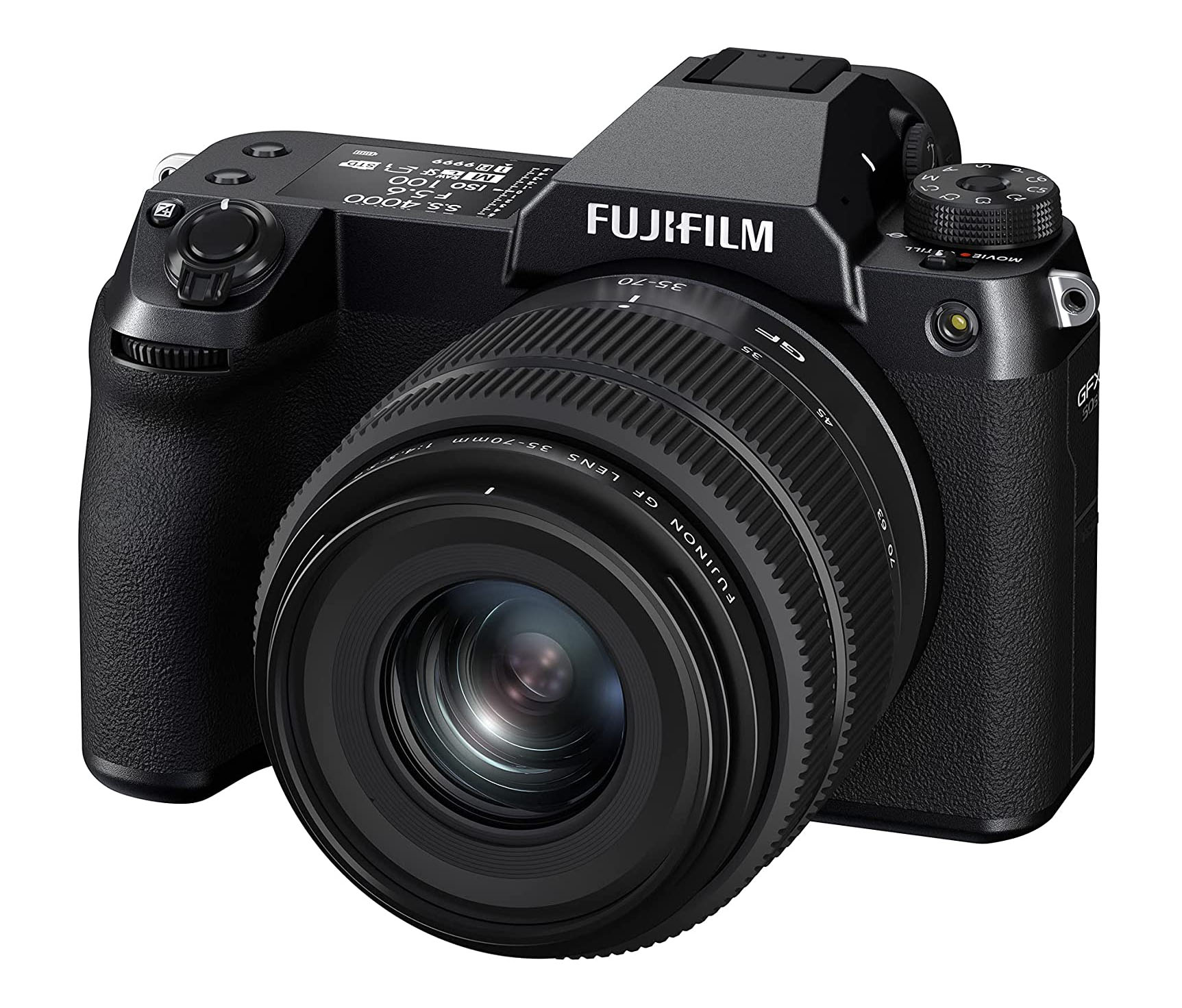 The latest Fujifilm X Summit was packed with exciting announcements. From updated cameras to new lenses for the GFX and X-Series systems, there’s quite a lot to unpack. This doesn’t just include product announcements but also updated lens roadmaps and other teasers of their future plans.

In total, Fujifilm talked about 8 new lenses: 4 for the X-Series and 4 for GFX. A handful of those are going to be available this year, with more to come in 2022 and beyond. As for cameras, the most anticipated announcement was that of the upcoming GFX 50s II, to be released at the end of this month.

To start, here’s the list of everything Fuji announced at the summit:

That’s a huge number of announcements for just a single event. Throughout the rest of this article, I’ll dive into these upcoming products and explain everything we know about each of them. 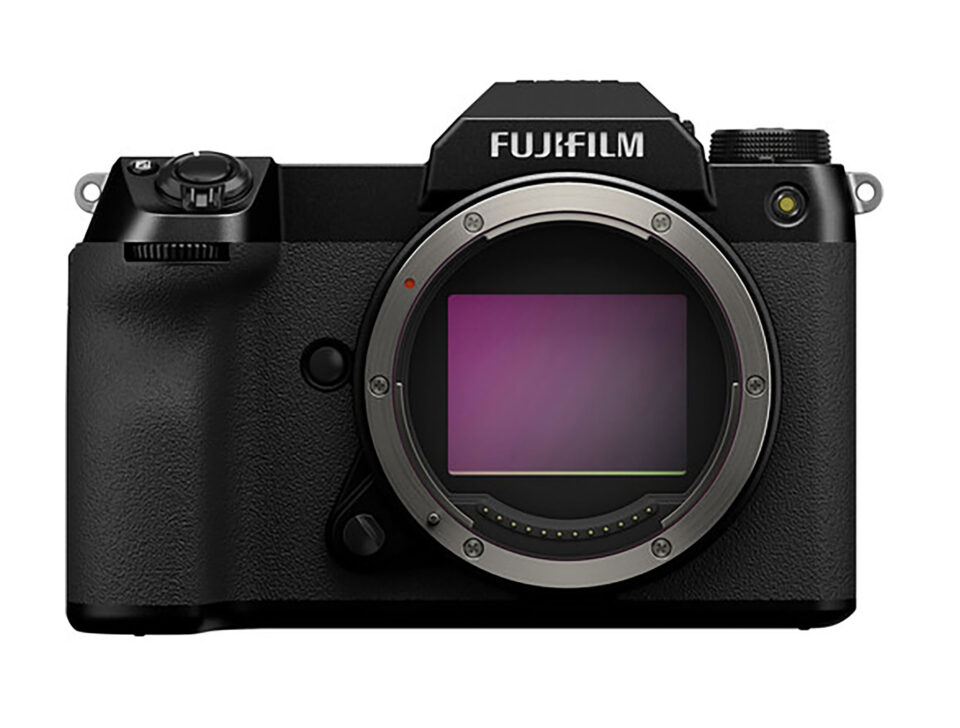 The Fuji GFX system tagline “More Than Full Frame” makes it clear that Fuji is attempting to compete head to head within the full-frame market, something that is very new in the medium format world. Fuji has already been bringing down the price of their GFX cameras and lenses, like the GFX 100S ($5999 versus the $9999 GFX 100). After the Fuji X Summit, we now have an even lower priced GFX camera as well as a new, less expensive “kit” zoom lens. 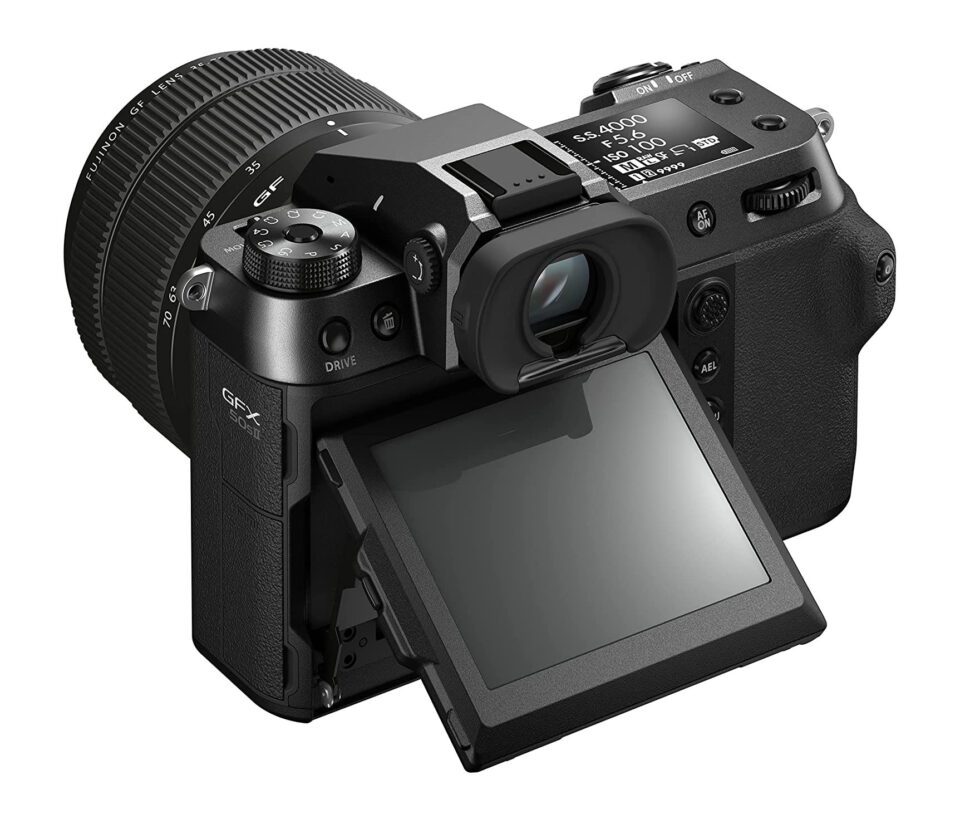 Probably the most exciting announcement of the X Summit is the release of the Fujifilm GFX 50S II. The first GFX camera, the GFX 50S, was released in 2017. Since then, Fuji has expanded the GFX lineup to include two 100 megapixel cameras, as well as the 50R and now the new GFX 50S II.

The GFX 50S II is essentially a lower resolution version of the GFX 100S. It has a 50 megapixel medium format sensor housed in the body of a GFX 100S. Despite the continued use of Fuji’s usual 50 megapixel sensor, the camera received substantial upgrades over its predecessor: in-body image stabilization (IBIS), an upgraded processor, and lots of firmware improvements. 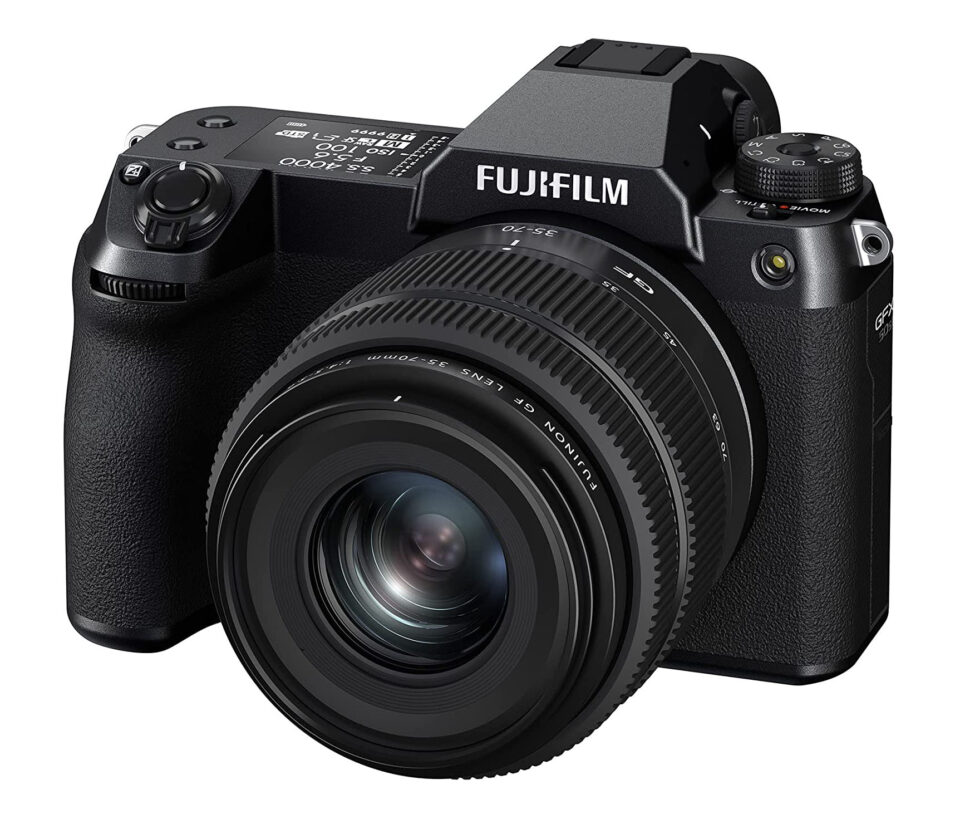 Features of the 50S II  include:

Fujifilm has already announced that demand is higher than expected and that there may be delays in shipping and ordering. So, if you are interested in this camera in a timely manner, you may want to pre-order as soon as possible. 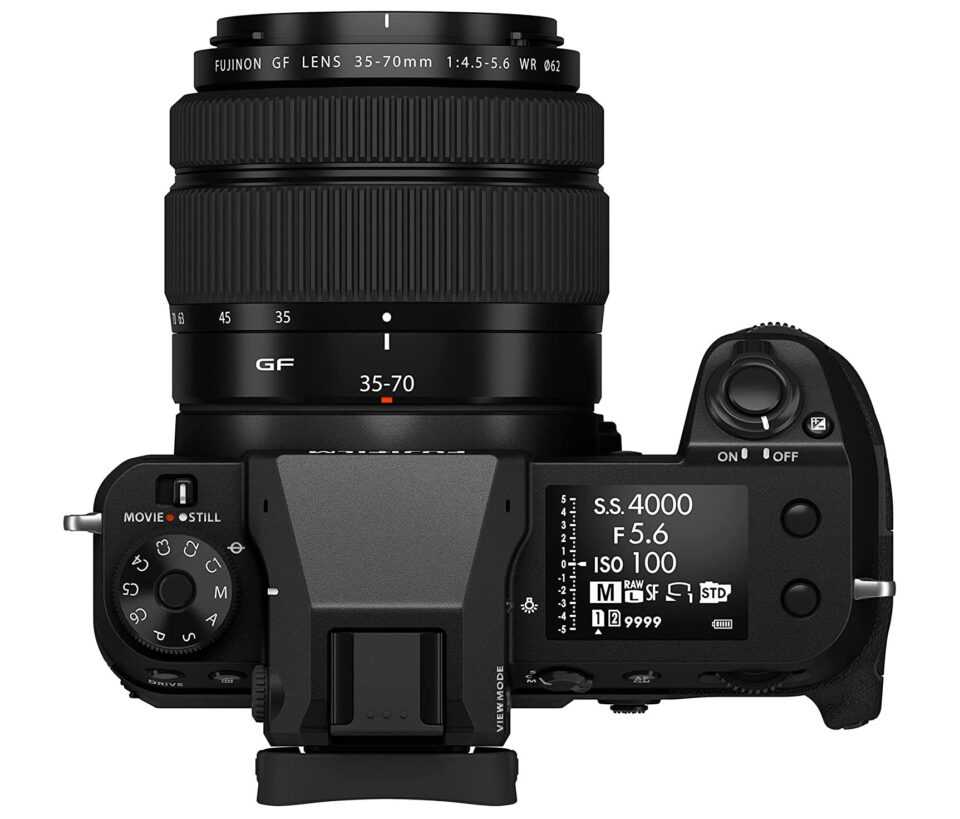 In an attempt to make medium format truly accessible, Fuji also announced the release of its lowest-priced GFX zoom lens yet. Available standalone for $999 or in a kit with the GFX 50s II for $499, the 35-70mm f/4.5-5.6 helps overcome the jump to medium format.

While this kit lens does not feature Image Stabilization, both of the new GFX cameras have IBIS, so this shouldn’t be a huge loss. The 35-70mm also contains more plastic parts than its predecessors (clearly an attempt to keep both the price and weight as low as possible), but it does contain an all metal lens mount.

Fuji says that this lens was designed to be comfortably used off-tripod and carried all day. That holds true both in terms of its smaller size (as compared to the 32-64mm f/4) and its surprisingly small 390 g / 0.86 lbs weight. This makes it a necessary and practical addition to the X-series lineup. In full-frame terms, this is roughly equivalent to a 28-55mm zoom. So, it’s hardly a massive reach, but it works for a midrange walkaround lens.

The GFX Lens Lineup Is Expanding

Fuji didn’t stop at the 35-70mm f/4.5-5.6 and also added three other lenses to their roadmap. One is an ultra-wide zoom, another is a large-aperture optic, and the last is a tilt-shift lens. Since there are currently 13 lenses in the GFX lineup, this fills in some of the missing areas and will bring the total to 17 lenses once they all start shipping.

Of the three future GFX lenses I find the prospect of a 20-35mm zoom to be especially exciting. I love the GFX cameras for landscape photography, and the addition of a wider-angle zoom lens is very welcome. Equivalent to about 16-28mm on a full-frame camera, this lens will be able to capture a full 107 degree view at the widest end. Fuji also says that while this lens is still under development (expected in 2022), size and weight are important considerations in this lens design.

Next on the list is the GF 55mm f/1.7, which is expected to be released some time in 2023. Earlier this year, Fuji released the 80mm f/1.7, which they claim is the world’s fastest (autofocus-capable) medium format lens. I have this lens and consider it one of my favorite GFX lenses, so I’m excited to see a wider focal length f/1.7 coming soon. 55mm on a GFX sensor is equivalent to about 44mm on a full frame sensor, which is a nice mid-range focal length that’s fairly versatile. As far as background blur, an f/1.7 lens on the GFX sensor will give you the approximate depth of field of an f/1.3 aperture on a full frame camera.

We have very little information about the prospective tilt-shift lens Fuji mentioned, except that it’s under development and expected in 2023. The Fuji lens roadmap places this lens somewhere between 25mm and 35mm. Assuming that is accurate and doesn’t change, we can expect a nice wide angle lens with the tilt-shift capability that works so well for landscapes, architecture, and various other creative uses. Photographers have been asking Fuji for a tilt shift for the X-series since before the GFX system even existed, but I do think it makes sense to release this as a GFX lens. It should be exciting to see what this lens can do.

X-Series on the Verge of a Big Upgrade

While the GFX announcements stole the show, Fuji also gave us some pretty big hints about what we can expect from the X-System in the near future. The broadcast mentioned everything from new sensor technology to updating classic prime lenses to handle higher resolution cameras. We can expect some exciting new developments as the X-System approaches its 10-year anniversary next year. 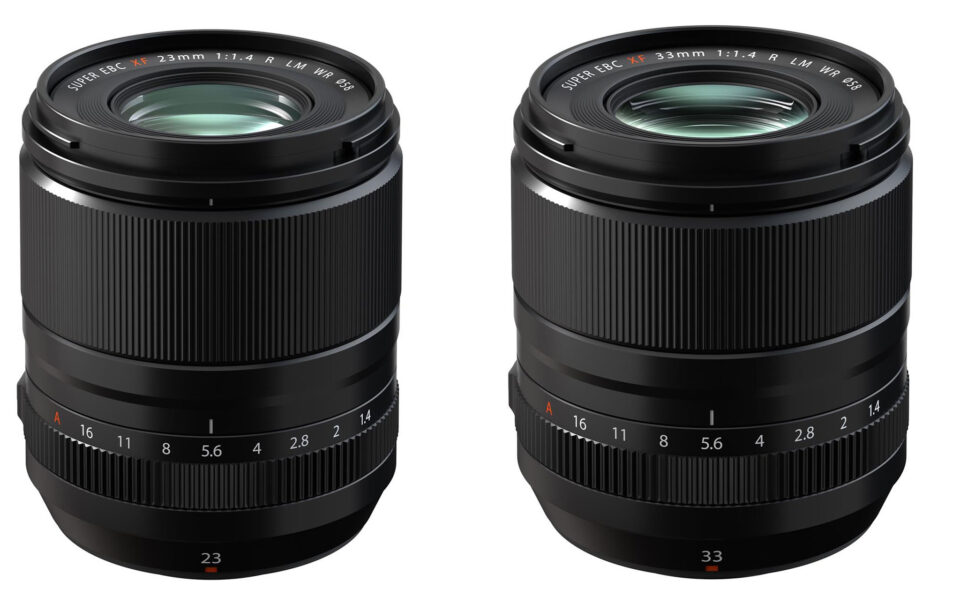 These two lenses, along with the 18mm lens released earlier in the year, make a trilogy of next-generation Fuji prime lenses. Fuji says that the concept behind these lenses is “more sharpness,” and I’m excited to test them for myself in the near future. Both lenses feature liner motors for faster, quieter, more accurate autofocusing. They are also weather-sealed, unlike their predecessors, and feature closer focusing distances.

Both of these lenses are updates on older Fuji lenses. The original 35mm f/1.4 released with the launch of the X-system in 2012 has been marketed by Fuji as “epic.” They are now marketing the 33 f/1.4 as the “new epic,” however my understanding is that both lenses will remain in the Fujifilm lineup. While the classic 35mm is an imperfect lens, it is also my most-used camera lens, and I do expect to keep it even if I add the 33mm f/1.4 at some point in the future. It is unknown whether the original XF 23mm f/1.4 R will be phased out with the release of this new version or not, although my personal guess is that it will be.

We have very little information about Fuji’s plans for new sensor technology; all we know is what Fuji teased at the end of their broadcast. In short, we can expect that some next-generation devices in 2022 will feature a stacked-layer, backside illuminated. X-Trans CMOS Sensor. The stacked sensor opens up the possibilities for all sorts of new features and functionality, and I’m excited to see what Fuji is going to do with the technology.

Right now, the X-series lenses cover focal lengths ranging from 8-400mm. The addition of a 150-600mm lens (expected next year) will extend that range even farther. Details are scarce but should be forthcoming as this lens has a sooner release date than many of the products unveiled in the X Summit. 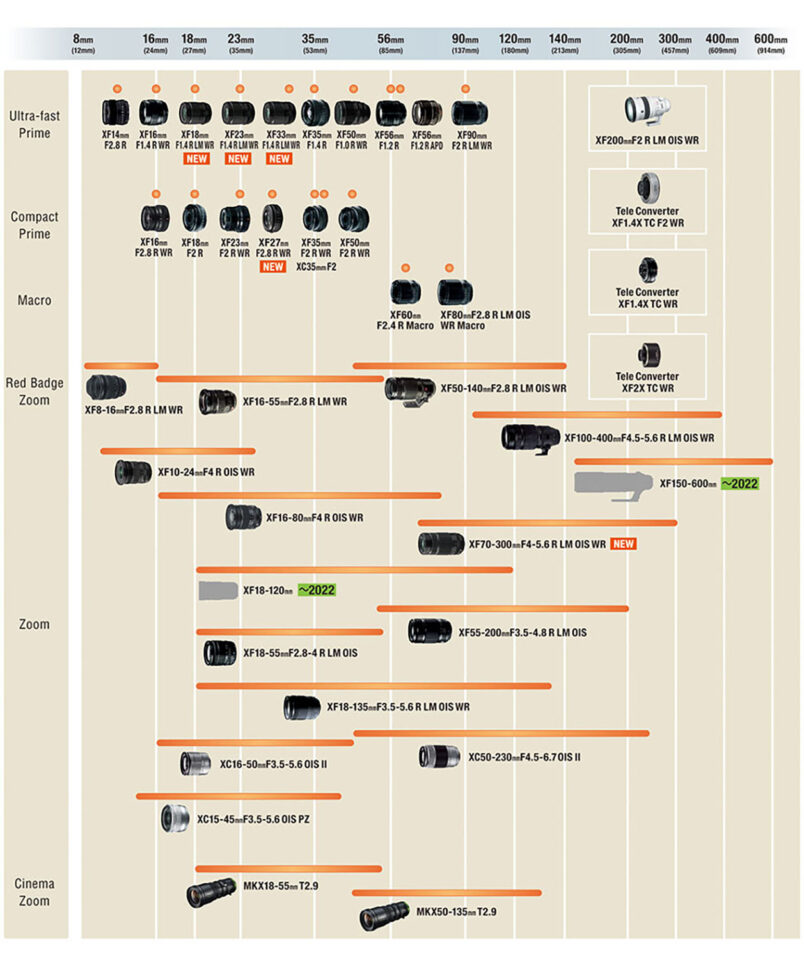 Fuji Is Improving the Video Capabilities of Both Systems

I should caveat this by saying that I am a stills photographer so while I’m happy to see Fuji expanding their video offerings I can’t place the upgrades within the current market offerings. But they made it clear that they are pushing out new video-centric features, updates, and lenses.

Plans for an XLR adapter

Fujifilm also announced plans to jointly develop an adapter for XLR inputs. This will allow you to record directly though the camera with professional recording equipment so that you don’t have to sync your audio with your video later in post-production.

Fuji announced the development of a new 18-120mm lens that will be optimized for both video and still photographers. They didn’t hint at what those features may be, so while rumors abound, we will have to keep watching for more information about this lens. It is expected to be released some time in 2022.

Some Smaller Updates from the Summit

While the X Summit featured new lenses, cameras, and a sneak peek at where we can expect the GFX and X-Series to head in the future, Fuji also used this date to sneak in a few smaller changes as well. These include a relatively minor upgrade to one X-Series camera and a lower price for another. 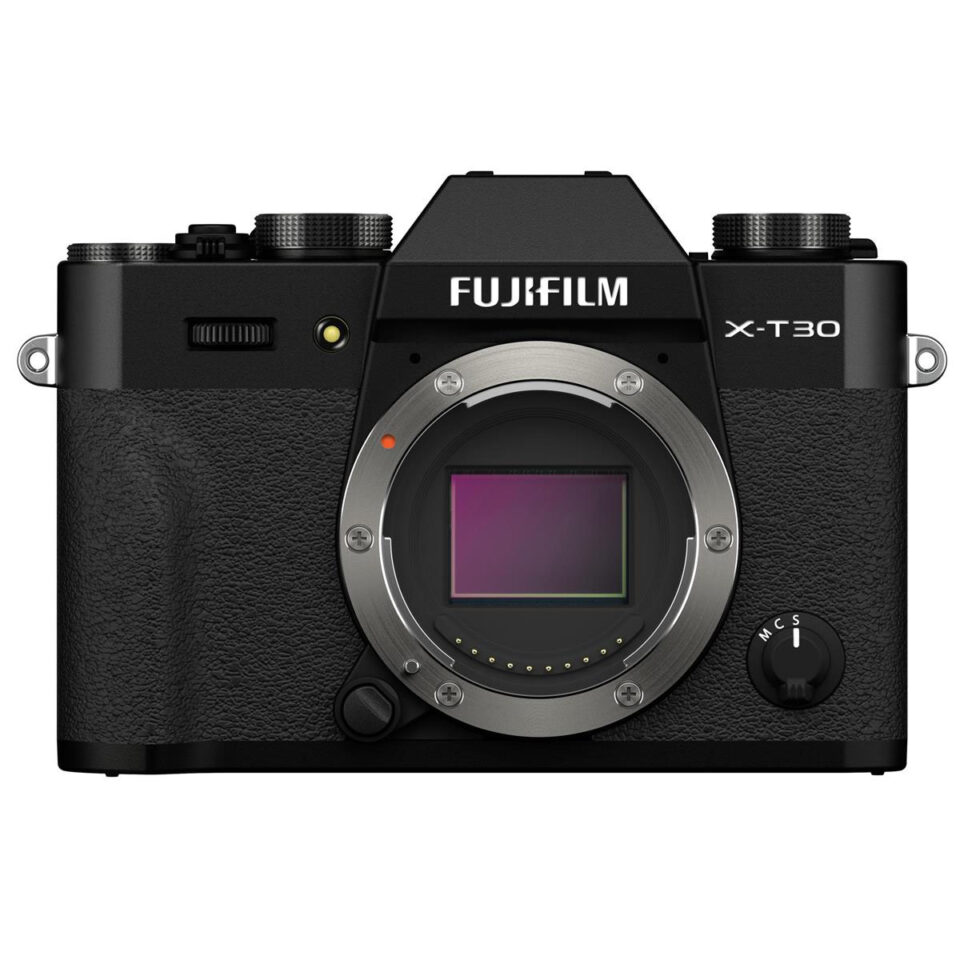 Fuji decided to release an updated, “Mark II” version of the X-T30 rather than jump up to a new X-T40. While this is likely because the updates are not substantial enough to warrant a boost in the product name, the X-T30 II still looks like a good entry into the X-System. Updates over the standard X-T30 include a higher resolution LCD screen, autofocus improvements, and two new film simulations (classic negative and Eterna Bleach Bypass). Shipping in October, the X-T30 II will retail for $899.

The Fuji X-T3 is now available for $100 off, sold without the battery charger. This makes sense for Fuji from a distribution standpoint as removing the charger allows them to ship the same version of the camera worldwide. Chargers are available separately, if you don’t already have one from a previous X-Series camera. You can also charge the battery by plugging in the camera directly.

Conclusion and Links to Pre-Order

The X Summit was full of big announcements from Fujifilm, with even more to come in 2022. I am always impressed with how forthcoming Fuji is about their priorities and the future of both the GFX and X systems, and I am looking forward to the new GFX lenses especially.

Fuji has already warned that we should expect delays on the 50S II based on demand outpacing supply. If you have tried to purchase camera equipment lately, you have probably run into issues finding gear in stock. Between increased demand, supply chain issues, the chip shortage, and global shipping delays, there are often long wait times these days. It’s my understanding that Fujifilm is continuously shipping out new product, but often not enough to fill the backlog, which means products are being sent out but not at rates high enough for it to be in stock at retailers. If you want something specific, your wait may be much shorter if you go ahead and pre-order to get your name on the list.

(Thanks to anyone who purchases through our affiliate links above.)

Which of these announcements are you most excited about? Have you already ordered any of the new cameras/lenses, or plan to do so? Do you think any of these are a “miss” on the part of Fujifilm? Feel free to share your thoughts in the comments!