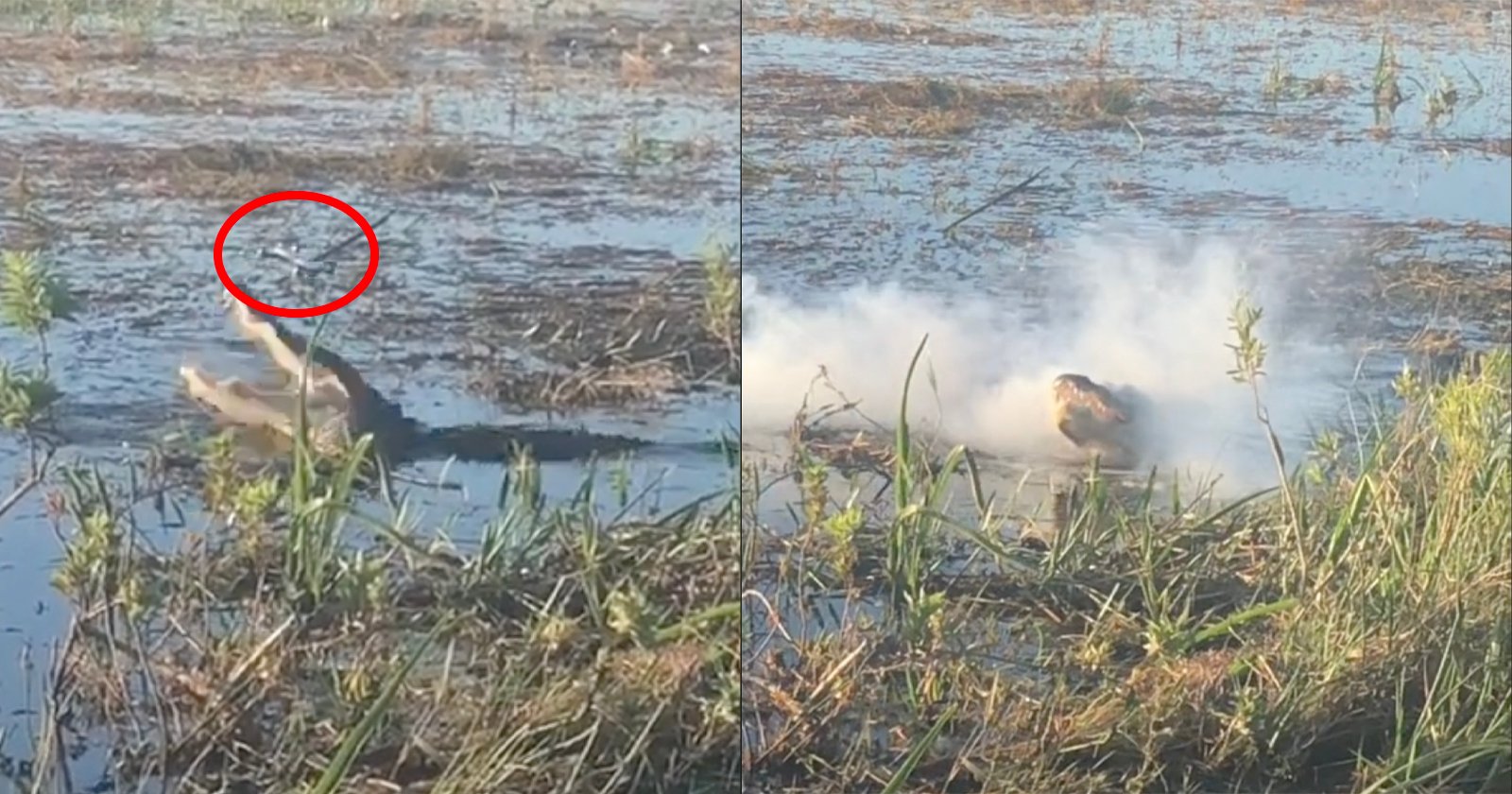 A TikTok travel influencer flew her drone close to an alligator but instead of getting the perfect photo, watched as the reptile snatched it out of the air and destroyed it in a dramatic cloud of white smoke.

The footage, which has since gone viral, was taken in the Florida Everglades and shows an alligator given the name “George” nabbing the drone out of the air and destroying it in billowing white smoke that may have come as a result of the punctured lithium-ion battery.

TikTok influencer Devhlanger writes that she was just trying to get a close-up shot of the alligator.

“We were trying to get a close up of the gator with its mouth open and thought the obstacle avoidance would make the drone fly away,” she says. “It was only our second time using the [DJI] Spark.”

While the DJI Spark — a drone that is no longer in production — does have obstacle avoidance features, quickly dodging out of the way of a fast-moving animal is probably not one of the situations DJI expected a pilot to rely on. The maximum speed at which Spark is able to sense obstacles is 3 meters per second.

As noted by The Hill, several comments on the video expressed criticism for both the safety of the gator as lithium-ion batteries are extremely dangers when punctured, as well as the legality of flying a drone in Everglades National Park. Another user, though, claims that the incident was filmed outside the park on a tour.

Whatever the case, flying a drone close to any wild animal is strongly discouraged, and is listed as one of the drone tips for responsible recreational flight by the United States Department of Agriculture (USDA).

“Do not fly over or near wildlife as this can create stress that may cause significant harm and even death,” the USDA writes. “Intentional disturbance of animals during breeding, nesting, rearing of young, or other critical life history functions is not allowed unless approved as research or management.”

Given that the video looks to have been captured with a cell phone, the influencer and her group appear to be quite close to the alligator, which is also a violation of another one of the USDA’s Forest Service rules for responsible drone use.

“Launch the UAS more than 100 meters (328 feet) from wildlife,” the USDA continues. “Do not approach animals or birds vertically with the UAS.”

Devhalanger later claimed that the alligator did not appear harmed according to the Weekly Times.

“George is doing fine and still looked hungry after,” she wrote.

It should be noted that Lithium-ion batteries can be extremely dangerous once punctured, both as a fire and explosion threat as well as danger posed by the emission of toxic gases.