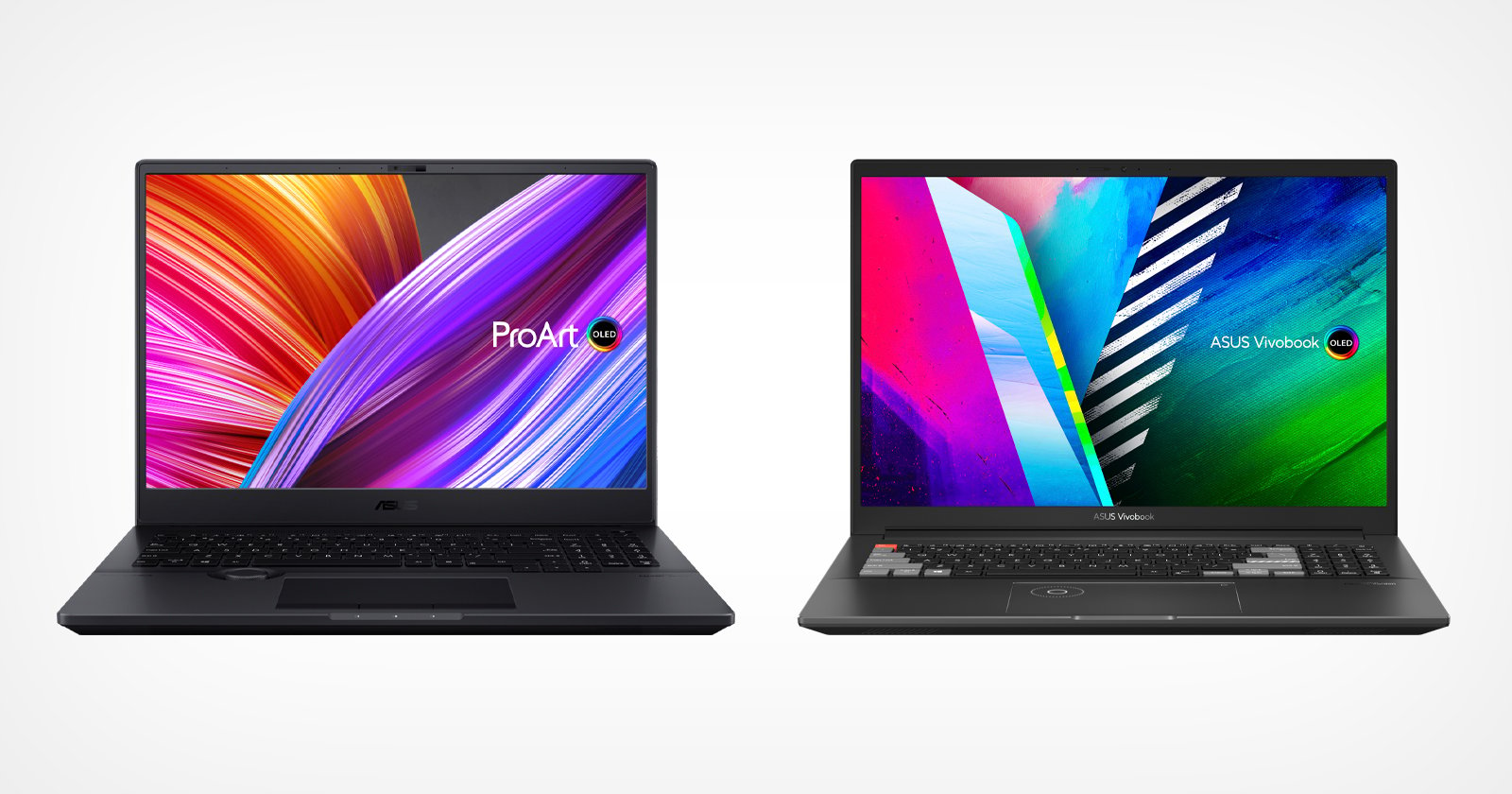 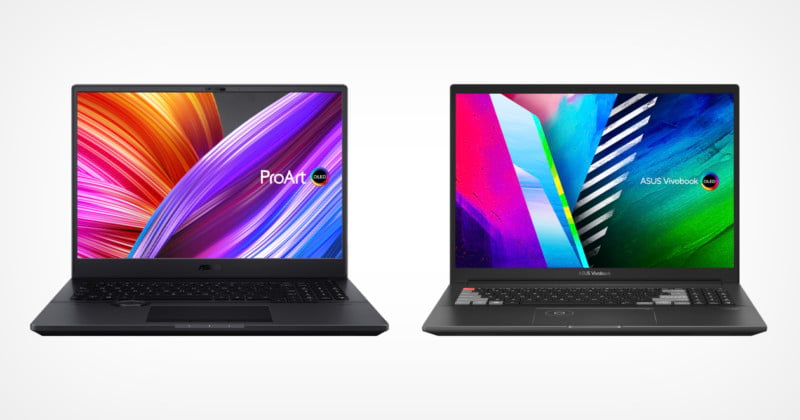 Asus has announced the ProArt Studiobook and the Vivobook Pro laptops that are specifically designed to cater to photographers, videographers, and graphic designers.

The company says that these two new laptops join the Zenbook Pro series of computers to create a trio of options that deliver performance and features for any level of creative professional. All three laptops feature 4K OLED HDR displays and 16:10 aspect-ratio versions that are designed to provide a larger visual workspace. Those displays are VESA DisplayHDR 600 True Black certified and are factory calibrated to meet Pantone Validated standards. The Studiobooks in particular are additionally Calman Verified to assure 100% coverage of the DCI-P3 color gamut.

The ProArt Studiobook and Studiobook Pro additionally have a new Asus Control Dial, the company’s first-ever physical rotary creative control on a laptop. The concept is similar to the control dial that was implemented with the Microsoft Surface Studio computer and allows users to configure fingertip control of parameters in Adobe creative apps with the goal of reducing the need for cursor movements and improve overall ergonomics. 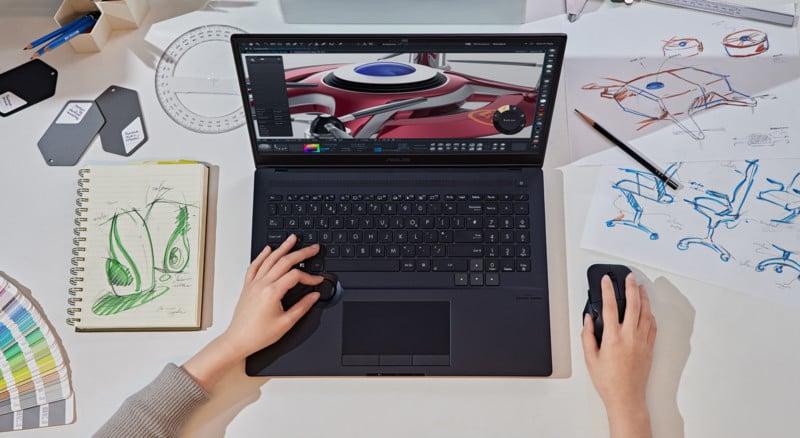 The Vivobook Pro 14X/16X laptops mimic this with the ASUS DialPad, a virtual touchpad-based implementation of ASUS Dial that’s also configured via the ProArt Creator Hub app. While it doesn’t have the more tactile feel of the dedicated physical dial on the Studiobook series, it can at least provide the same functionality.

Asus is also providing three months of Adobe Creative Cloud to new buyers as another arm of support for creatives.

Asus is providing the option to select between either AMD Ryzen 500 H-Series Mobile Processors or a third-generation Intel Xeon workstation processor to power its new ProArt Studiobook 16 OLED laptop. This first tier of the set pairs that with an NVIDIA RTX A2000 or A5000 laptop GPU.

The ProArt Studiobook 16 pro OLED can be paired with either an AMD Ryzen 5000 H-series mobile processor or an Intel Core i7 processor and GeForce RTX 3070 or 3060 graphics. 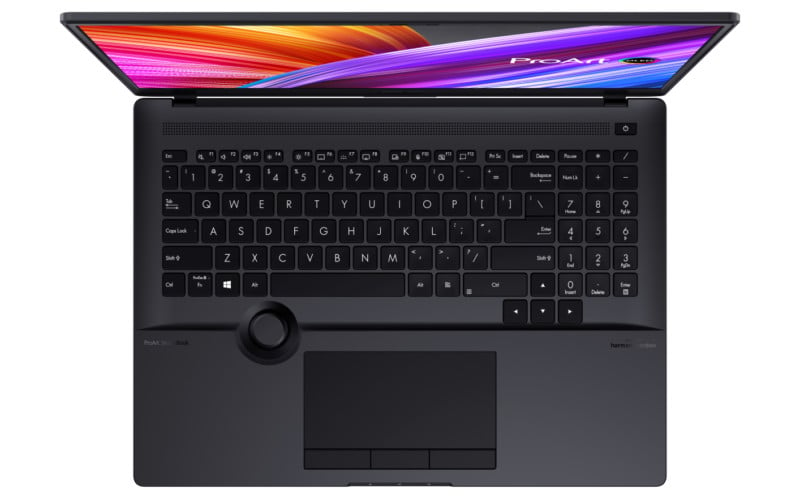 Both the ProArt Studiobook Pro 16 OLED and ProArt Studiobook 16 OLED are equipped with up to a 16-inch 4K OLED HDR 16:10 550-nit 60 Hz display designed for color-critical applications. They offer 100% coverage of the DCI-P3 color gamut, PANTONE Validated and Calman Verified certifications, along with factory-calibrated Delta-E 2 color accuracy and VESA DisplayHDR 500 True Black accreditation for a 1,000,000:1 contrast ratio. 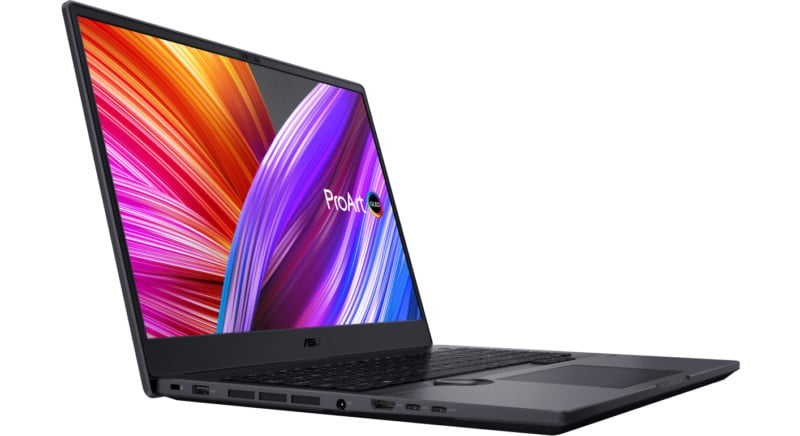 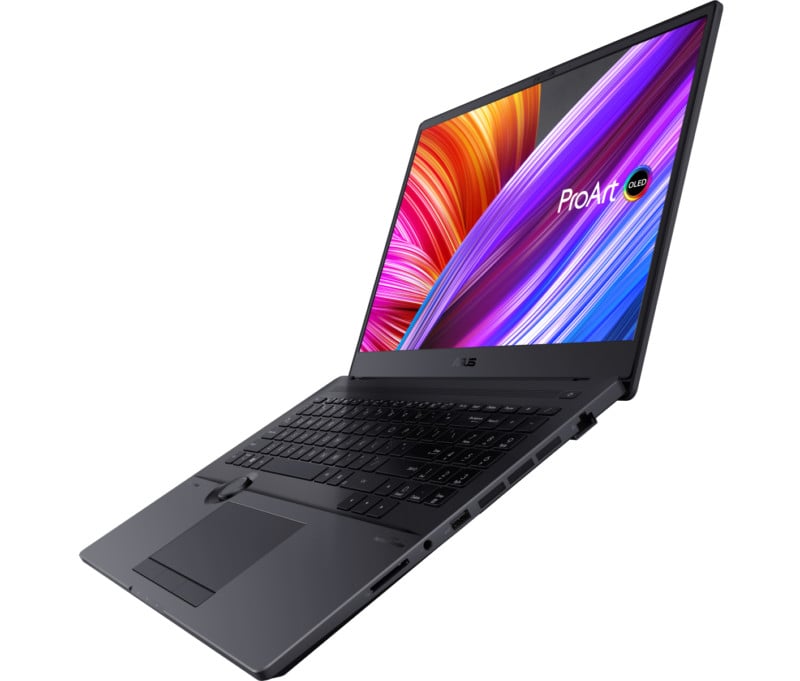 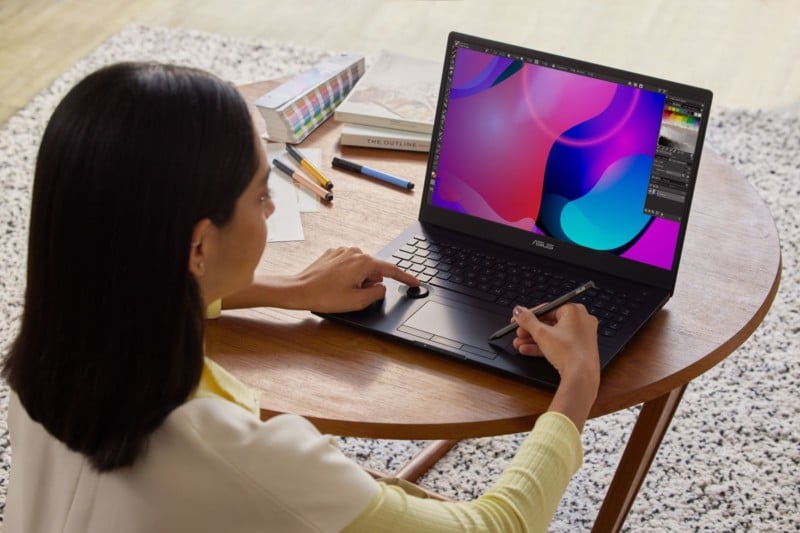 The computers are powered either by up to 11th Generation Intel Core i7 H Series or AMD Ryzen 5000 H-Series Mobile Processors, up to NVIDIA GeForce RTX 3050 Ti graphics, up to 32GB of RAM, a dual-fan cooling system with ASUS IceCool Plus technology, and up to a 96Wh battery. 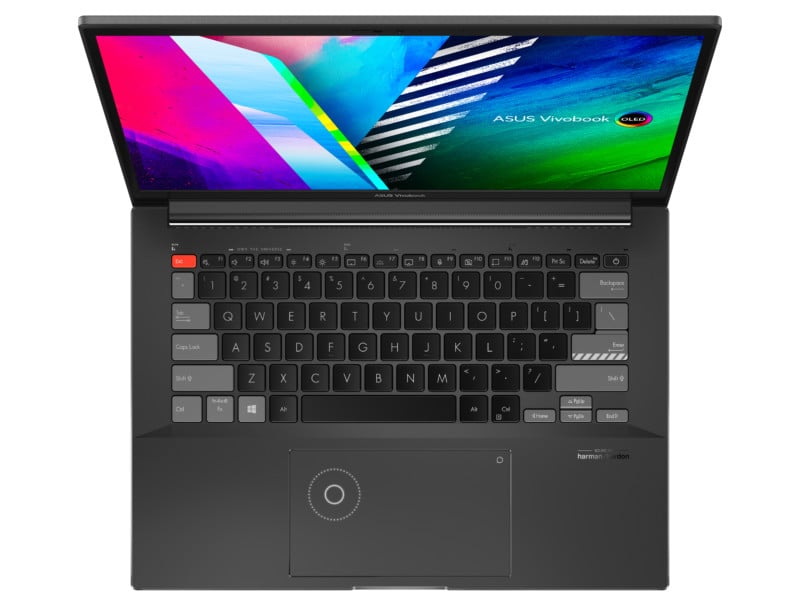 The Vivobook Pro 14 and 15 OLED models weigh less and use a 2.8K or FHD OLED display and are powered by the latest 11th Generation Intel H Series CPU or the latest AMD Ryzen 5000 H-Series Mobile Processors with NVIDIA GeForce RTX 3050 graphics, a dual-fan cooling system with ASUS IceCool Plus technology, 16 GB memory, and a 1 TB PCIe SSD.