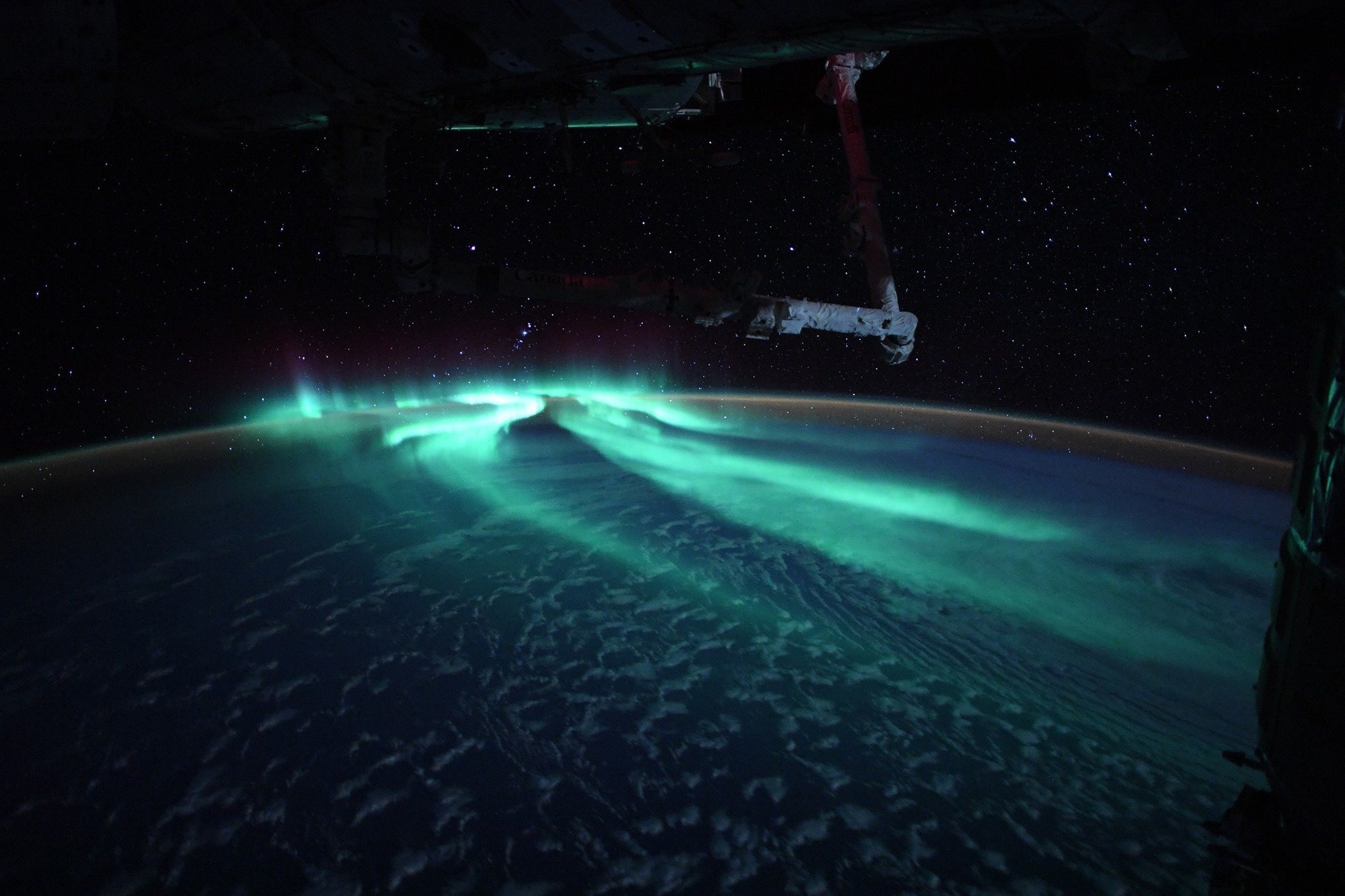 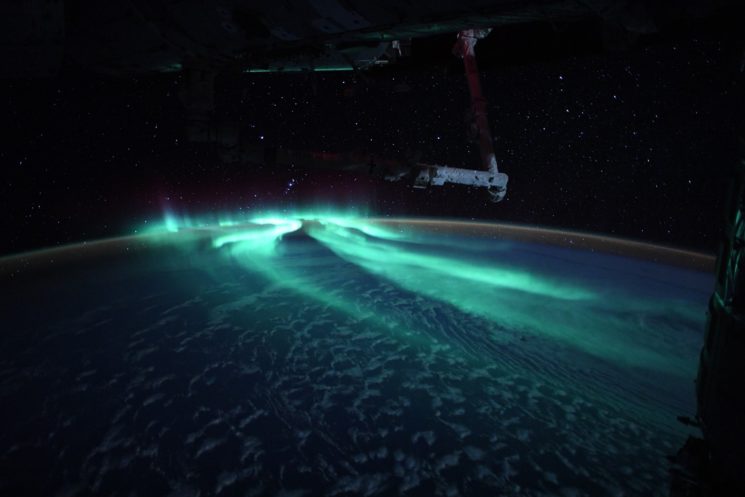 Other than being an astronaut and the first French commander of the International Space Station, Thomas Pesquet is a darn good photographer, too. Photos from space are remarkable on their own, but Thomas has been happy to capture some… well, even more remarkable sights. And this time, it’s blue Aurora Australis or the southern lights. Definitely not something you see every day.

This is the second ISS mission for Thomas. On his Facebook and Instagram, he wrote that he saw many auroras over the span of few days. Interestingly enough, he almost saw none during his entire first mission. “But these last ones came with something extra,” he writes. “As the Moon was high and bright, it lit up the clouds from above, which created a distinct atmosphere… and almost turned the aurora blue.” He notes that the settings were exactly the same as they were for his previous aurora photos. So, the white balance is correct, there’s no Photoshop… Just a nice glowing blue gift from Mother Nature.

I follow Thomas on Instagram and enjoy seeing his images, but also his captions which are often filled with useful information, and some humor. “What’s next, Mother Nature? A yellow one? A giant rainbow?” he jokingly wonders in the post. I don’t know, but whatever it is, I’m sure he’ll capture it and share it with us, and I’m always looking forward to it.

Using the AstrHori 18mm f/8 Low-Cost Shift Lens
The Matte Box IQ is Irix’s take on a lightweight matte box that uses their magnetic filters
Sony is Raising the Price of Cameras in Japan by 14% on February 1
Sony Has Moved 90% of its Camera Production from China to Thailand
10 Best Cameras & Lenses of the Year: OP Editors’ Picks 2022