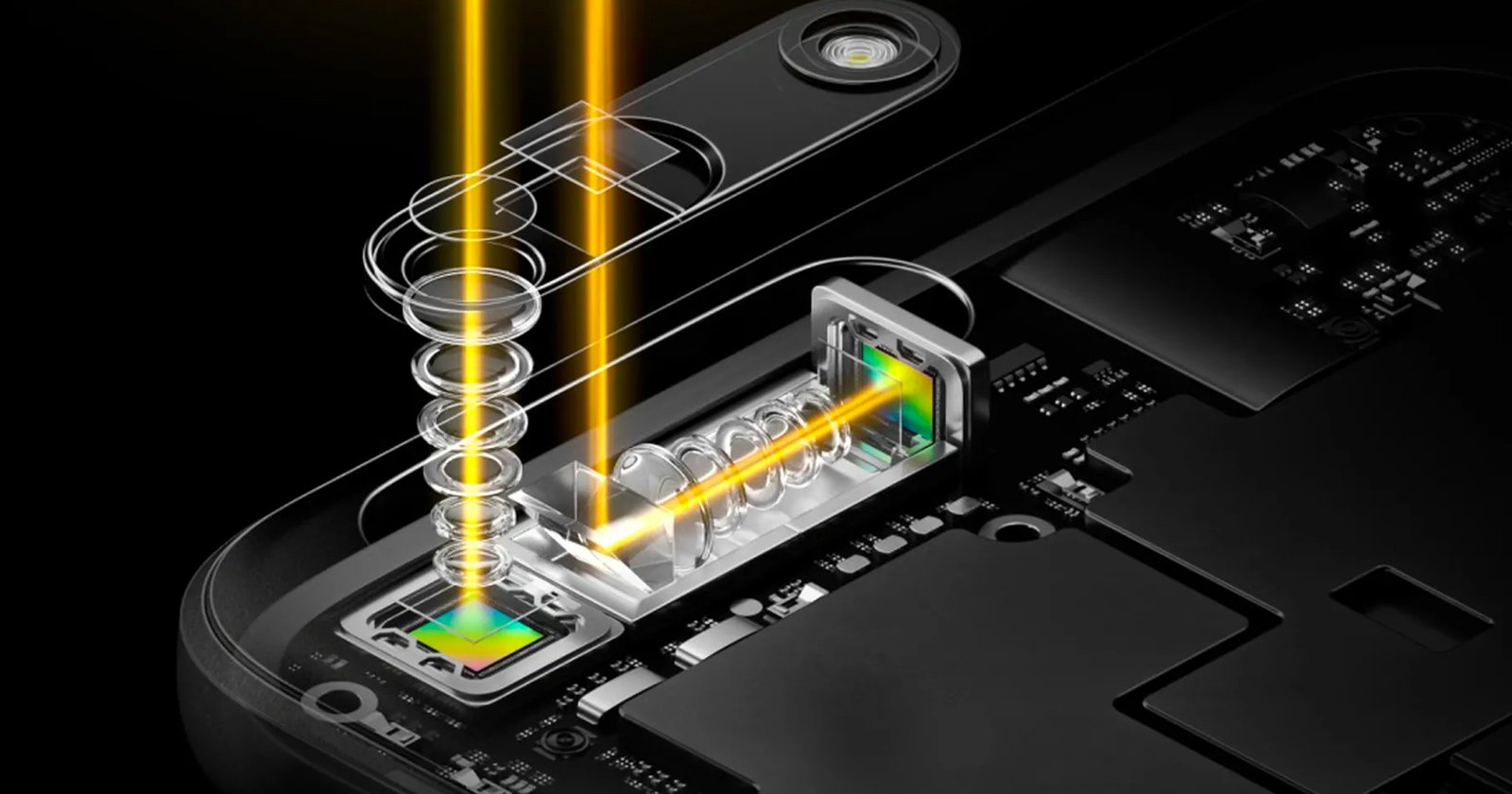 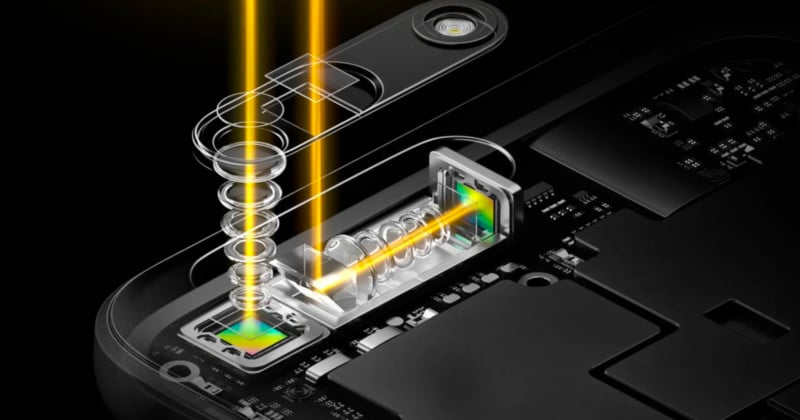 Apple is reportedly hoping to integrate a periscope camera lens system into its iPhones as soon as 2023, but a new report out of Korea alleges that the Silicon Valley giant may have run up against a problem: a Samsung patent.

As some background, “periscope” is the term used to describe a “folded” lens system that can squeeze greater zoom capabilities into the tiny camera arrays found in smartphones by redirecting light sideways through the body of the device via a sequence of lenses and mirrors or prisms. The design is deemed “periscope” because it mimics how a submarine periscope looks and works.

As PetaPixel has reported in the past, such technology is behind the Samsung Galaxy S21 Ultra’s 10x optical zoom, which is considerably more than the iPhone 12 Pro Max’s 2.5x zoom.

Apple has filed multiple patents for “folded” lens type periscope camera designs in the past, including one that was granted as recently as July and another from August that integrates optical image stabilization.

There are varying ways to construct a periscope lens especially when it comes to how a company moves the lens’s barrel. According to a report from The Elec, Apple wants to use a ball actuator to move the lens barrel, which is in contrast to the spring actuator that it currently uses on its iPhones. Unfortunately for Apple, Samsung — who has a technical lead on the technology over Apple — holds that patent.

The Elec explains that Apple was planning to supply folded zoom camera modules from a long-time supplier for the company, LG InnoTek, which procured the ball actuators from Samsung Electro-Mechanics.

If Cupertino have chosen this route, it would have replaced its actuator partners Alps Electric and Mitsumi Electric with Samsung Electro-Mechanics.

OIS are conventionally integrated with autofocus actuator to form one module. The integrated module is Jahwa’s main product. Combining it with an image sensor and a board completes a camera module.

However, Jahwa co-developed the OIS technology with Samsung and Samsung Electro-Mechanics, raising concerns that it may not be able to supply them to Apple.

Faced with this issue, Apple will either have to change its entire design to avoid using the patented technology or will have to pay Samsung a fee to license the rights to the patent. Both are of course options for the tech giant, but it is likely not a choice the company was expecting to have to make.

Photojournalist Releases Intense Images from the Jan 6 Riot
The Benro Theta is the World’s First Auto-Leveling Tripod
How to Develop B&W Film at Home: A Simple Guide for Mere Mortals
Man orders $3,000 Sony a7 IV, gets a box of white powder instead
ARRI and Rotolight Settle Photo and Video Lighting Patent Lawsuit