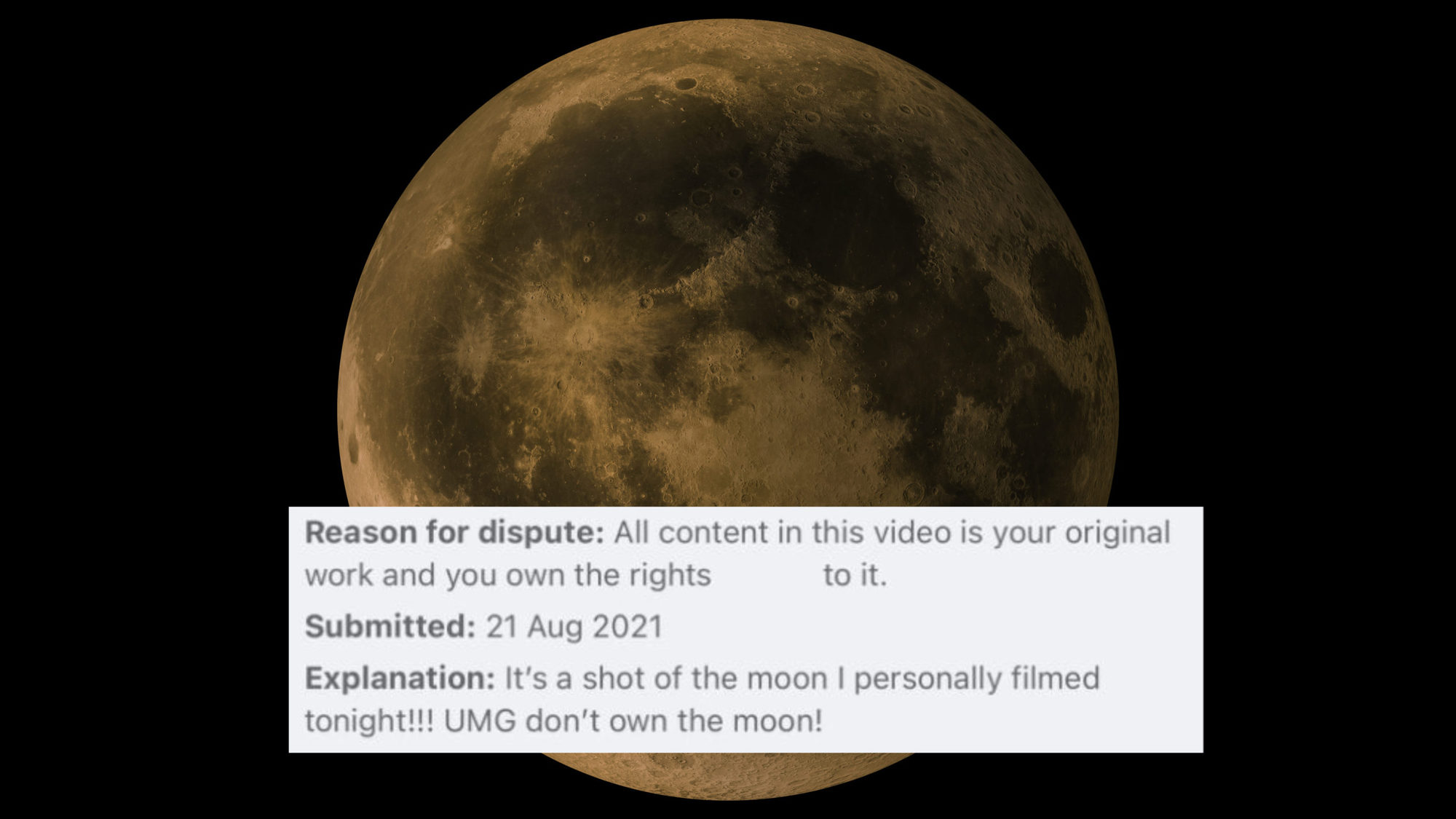 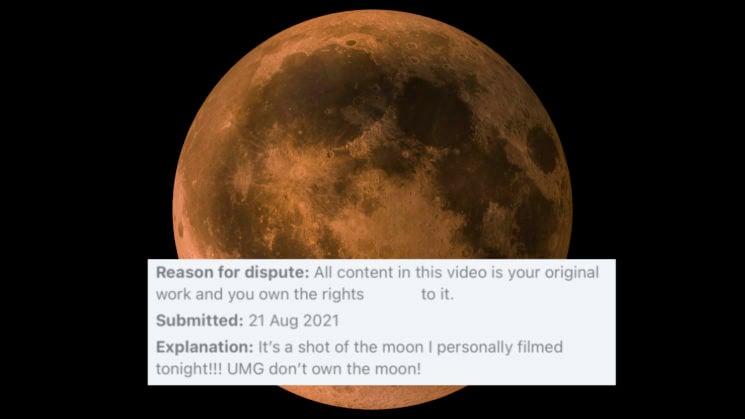 If you share a video on social media and it contains someone else’s copyrighted work, you’re bound to get a claim from the content owner. But what happens when you get it for your own work? This weird thing happened to filmmaker Philip Bloom when he shared his video of the full moon. It got removed because, apparently, videos of the moon were copyrighted to Universal Music Group. Wait, what?

Philip shot truly gorgeous footage of the sunset moon in Skiathos, Greece on 22 August. He used a Sony Alpha 1 with a Sony 100-400mm GM and a 2x teleconverter. He was excited to share it with his friends and followers, so he posted it on Facebook. However, he got this notice: “Your video is blocked and can’t be viewed in 249 locations.” the reason for this was that the video “matches 30 seconds of video owned by UMG.” So instead of deserved positive feedback, Philip was slammed with a copyright infringement from UMG.

When he got the copyright claim, Philip wrote on his Facebook page:

“When you film the moon tonight, post it on Facebook and it gets blocked immediately by UMG FOR COPYRIGHT INFRINGEMENT. There’s no audio at all. It is just the moon.

Here is the shot on YouTube which hasn’t been taken down! It’s not super exciting but I will do a proper edit when I get home! This is just HD. The proper edit will be 8K…unless UMG sue me!”

Of course, Philip appealed the claim, writing the explanation: “It’s a shot of the moon I personally filmed tonight!!! UMG don’t own the moon!”

On 25 August, Philip posted another video and it was claimed by storyful. The filmmaker asked his followers to post their videos of the moon and see what happens. “It would be good to see how widespread ridiculous this issue is. IT’S THE MOON! Nobody owns the rights to video of it,” he wrote.

PetaPixel picked up Philip’s story and oh, what a surprise – UMG released the video so it’s now possible to watch it on Facebook again. Philip wrote yesterday that his video was unblocked, along with moon videos from other people. Some of them are as old as three years! About an hour ago, he shared his moon footage again, writing: “This isn’t being shared for you to watch as such. It’s purely to see if we managed to stop UMG from copyrighting the Moon.” It’s still there. For now.

What happened here is that AI was searching for copyrighted material as it always does. It found a match, so it automatically blocked the video. What is ridiculous is that it’s a freakin’ moon shot! There’s only one moon, so many videos where it’s zoomed in will look similar (at least enough for AI to mistake them for one another).

“It doesn’t affect me in any way other than it being annoying and ridiculous, but it does raise questions about the AI being used on Facebook…,” Philip tols PetaPixel. “Unless they actually have bought the moon? If so I bet that wasn’t cheap!”