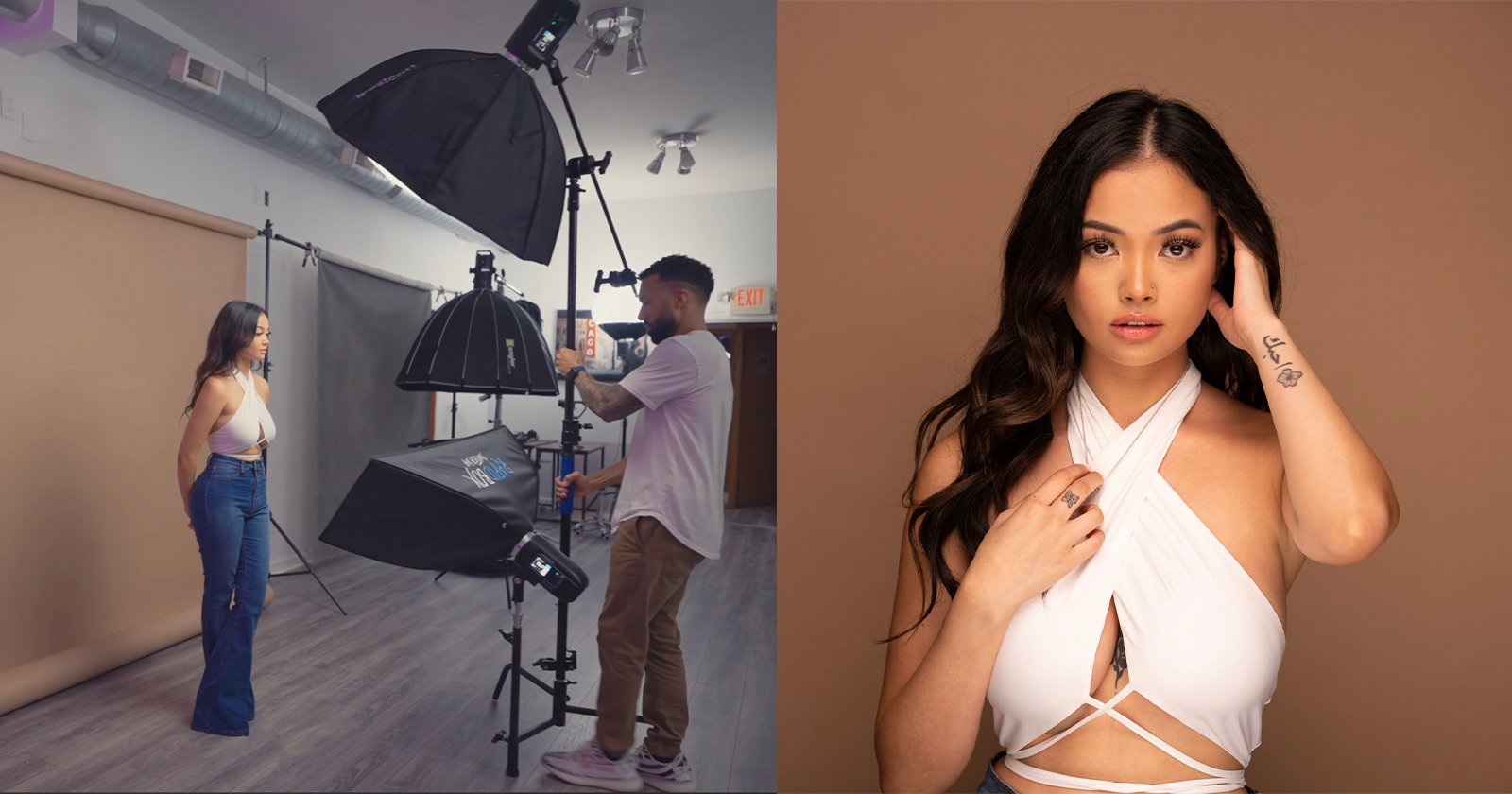 Well-known portrait photographer and YouTuber Manny Ortiz made this 5.5-minute video in which he shares his go-to beauty lighting setup that guarantees stunning and flattering studio portraits time and time again.

When it comes to studio portrait photography setups, the sky is the limit.  Photographers can use complex arrangements of multiple lights to achieve stunning results, but for those who prefer a simpler approach, Ortiz’s tutorial demonstrates a two-light setup that delivers reliable results. If Ortiz had to pick one studio light setup for the rest of the year, he says this would be the one.

For his two lights, Ortiz uses a C-stand, which has an additional leg that allows him to mount the second light on. This means that both lights are mounted on one stand and can be easily moved around either in the studio or on location. 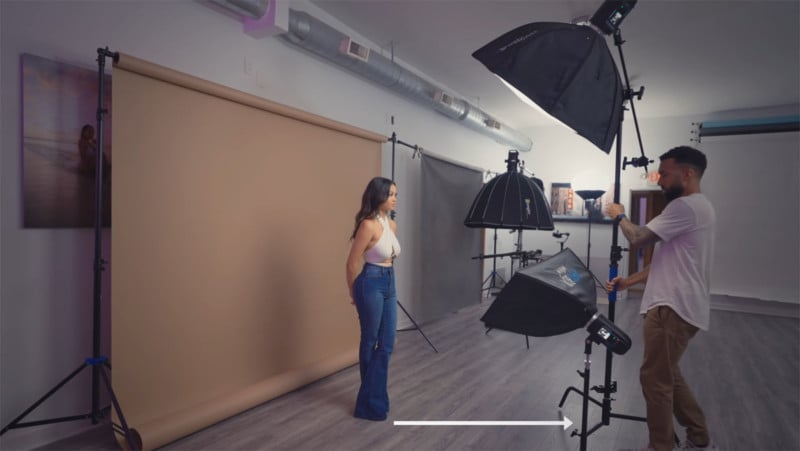 In the video above, Ortiz uses two Westcott FJ400 Strobe lights with a Westcott FJ-X2M Universal Wireless trigger on his camera which allows seamless control of both lights.

For the main light — directly above the model’s head and angled down — Ortiz has a 36-inch Westcott softbox, while the bottom light has a Westcott 1×4′ Rapid Box Switch Strip mounted on it.

The positioning of both lights and their distance from the background is important, says Ortiz. During the first few test shots, he advises to look out for catchlights in the subject’s eyes and whether the background needs to be darker or lighter. To make the background darker, the subject and the lights simply need to be moved a few steps farther away from it.

For this shot, Ortiz’s main focus was to remove any ambient light present in his studio, which he did by using 1/400s, ISO 100, and adjusted his aperture so he cannot see the model on his rear screen anymore, which means that none of the lights present in the studio affect the exposure of the shot.

Although using a reflector instead of a second light would be the cheaper option, it is also more limiting. Using two lights gives the photographer precise control of each light and both can be tweaked to achieve the desired result and it creates a more balanced effect on the skin, too. This also means that there is less retouching to do not just on the subject’s skin but also on the background which comes out in a more even color if shot with two lights.

To see the position each light was angled and how Ortiz posed his model, take a look at the video above. More of Ortiz’s YouTube videos can be seen on his channel and his portfolio can be viewed on his Instagram page.

Image credits: Both images by Manny Ortiz and used with permission.

RODE NT-USB+ Studio Microphone Review: Good Gets Even Better
How to Achieve Compositional Balance in Photography
Film Photography: A Complete Guide
7Artisans Introduces a 18mm f/6.3 II Cap Lens for APS-C Cameras
Sony Has Moved 90% of its Camera Production from China to Thailand