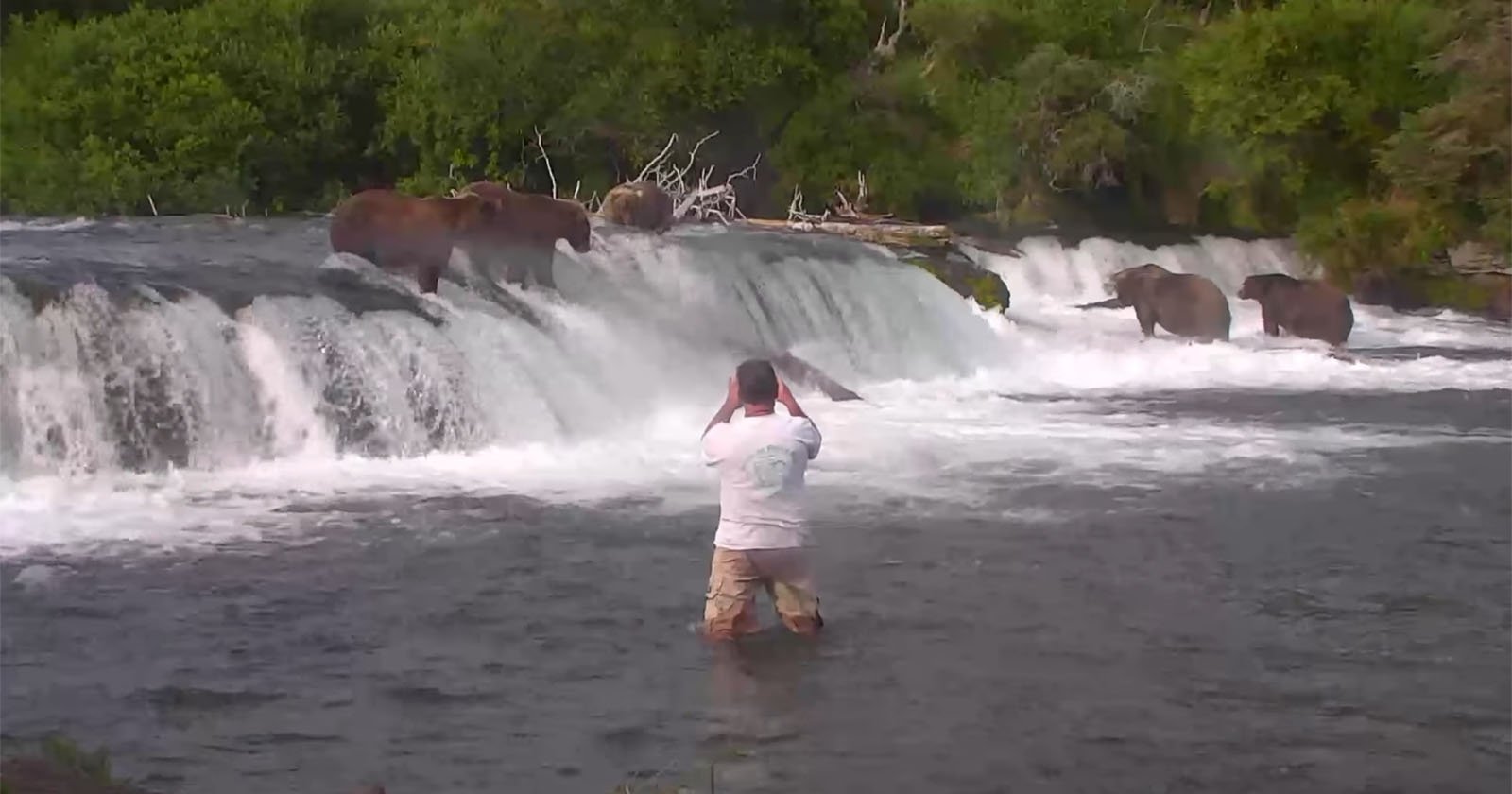 Here’s a good example of how NOT to photograph grizzly bears out in the wild. This video shows a man who was caught on camera wading into Brooks River in Alaska and getting too close to feeding grizzly bears in order to snap some smartphone selfies and photos.

A common piece of advice in photography is to “zoom with your feet,” or to get closer to your subject instead of relying on a longer focal length (i.e. “zooming in” with your lens). This is especially helpful when shooting with smartphone cameras that don’t offer much in the way of optical zoom.

But the National Park Service in the United States has strict guidelines for how close you can get to wildlife and where you can position yourself.

In this particular case that occurred in August 2018, people were watching a popular live nature cam by Explore.org pointed at Brooks Falls in Alaska’s Katmai National Park when they were surprised to see the man step into the frame.

Brooks Falls is famous as a popular location for watching salmon leap over the 6-foot-tall (1.8m) falls to reach their spawning grounds at Brooks Lake 1.5 miles (2.4km) upstream. During salmon spawning season between July and September, grizzly bears congregate at the falls to feast on the flying “fast food.”

The feeding frenzy is popular among photographers as a great spot to capture photos of bears snapping at salmon flying through the air.

However, photographers are restricted to a dedicated platform set up to give visitors a great view while keeping them safe.

Upon seeing this man step into the water, viewers of the live cam feed contacted park rangers, who then quickly showed up at the scene and caught the man and two other individuals breaking the law by being in the closed area.

The National Park Service said it would be pressing charges against the three individuals, though it’s unclear whether those charges ever materialized.

“People need to recognize that these are wild brown [AKA grizzly] bears,” said Katmai National Park Superintendent Mark Sturm. “These visitors are lucky that they escaped the situation without injury. The possible consequences for the bears and themselves could have been disastrous.”

NPS guidelines in Katmai require visitors to stay at least 50 yards (46m) away from all bears at all times.