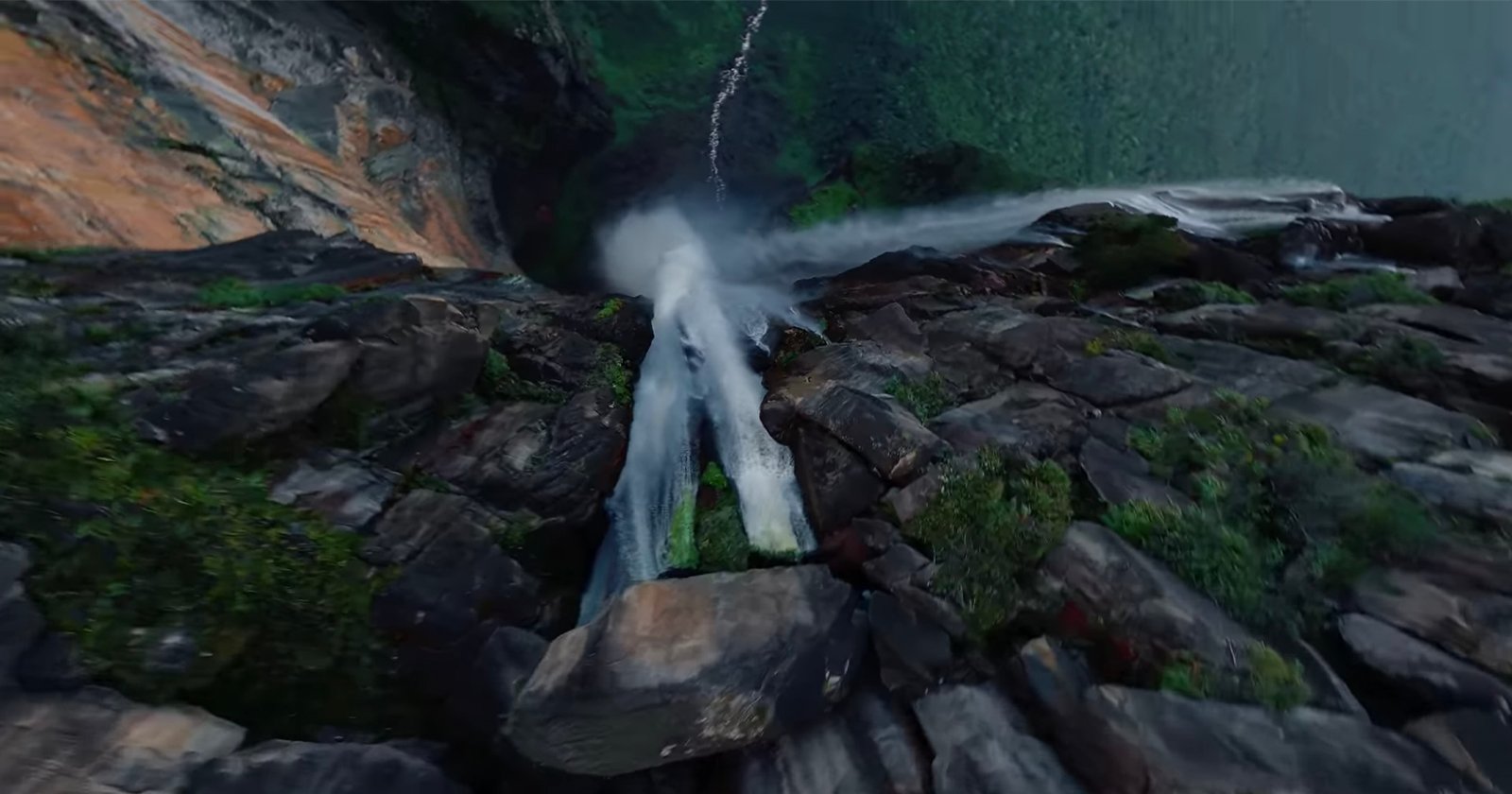 Filmmaker Ellis van Jason has published a video where he takes his first-person-view (FPV) drone straight over the edge of Angel Falls, the tallest waterfall in the world. Without this type of drone, the jaw-dropping view would otherwise be impossible to capture quite like this.

FPV drones have historically been used for racing, but with the introduction of better and smaller cameras and especially thanks to DJI’s foray into the field with its FPV that made access to this type of drone more mainstream, creatives have been using them to capture some truly spectacular footage. In just the last year, some of the most impressive aerial videos have been produced with FPV drones and filmmakers seem to be constantly one-upping each other.

While filmmakers like Minessota-based Jay Christiensen of Rally Studios have used FPV drones to capture short stories that tour different manmade locations, others like van Jason use them to capture incredible natural scenes in ways that were previously impossible.

Unlike typical drones, FPV drones are controlled using a headset that has a live transmission of the flight that puts the pilot in a visual position that feels to them as if they are driving the drone from a tiny front seat.

Many drones are capable of showing the perspective of descending down the waterfall, but only FPV drones have the aerial speed and maneuverability to do so in a way that makes the pilot — and the viewer — feel as though they are flying.

“It’s like you’re a bird,” van Jason says to CNN. “You can fly wherever you want.”

Van Jason, a Swiss-based pilot who also runs a virtual class on FPV cinematography, has been traveling around the world to capture different natural scenes from the first-person aerial perspective. He has previously shot the Faroe Islands, Madeira, Portugal, the Philippines, the Dolomites, and the Matterhorn through the first-person perspective.

Angel Falls is the world’s tallest uninterrupted waterfall with a height of 3,212 feet and a plunge of 2,648 feet. That massive height is flown in about 17 seconds from the top to the base as van Jason pilots his tiny drone so close to the water, droplets splash on the camera.

He describes his flight over Venezuela’s Angel Falls as a “bucket list” item that he has been wanting to capture for many years. To make the film, van Jason spent two weeks traveling through the jungles of Venezuela and explored the area by boat, foot, helicopter, and drone.

RODE NT-USB+ Studio Microphone Review: Good Gets Even Better
Prepare authentic photos of LOVE for Valentine’s Day 2023
UV Filter: Should You Use One on Your Camera Lens?
Surf Photographer Questions Beach Drones: ‘They Make a lot of Noise’
The Advantage of an Inconspicuous Camera