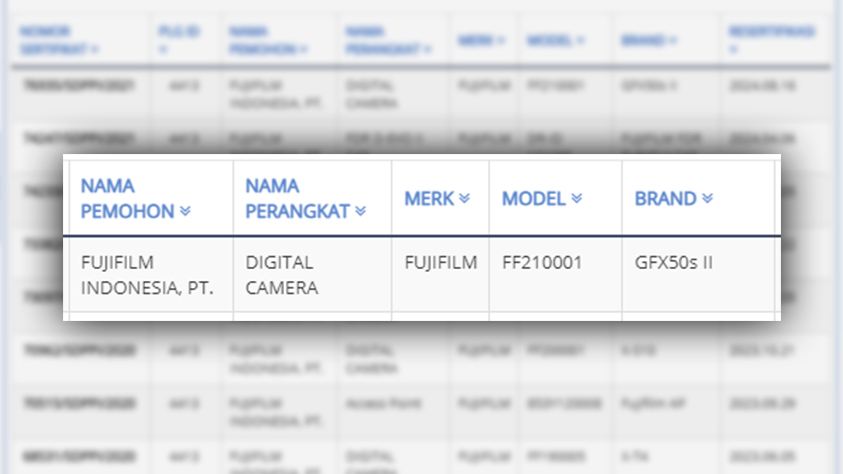 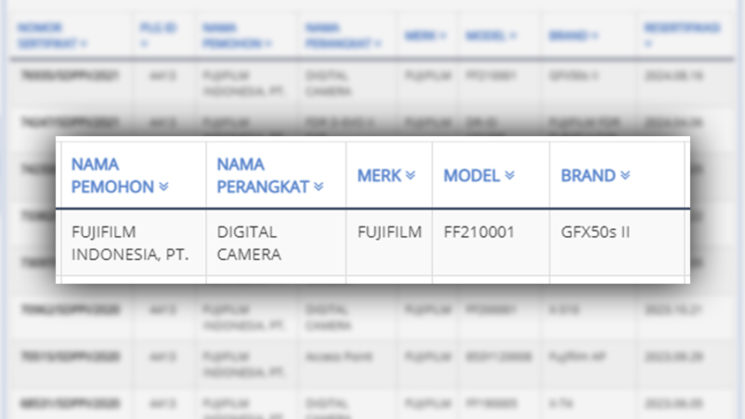 Well, it looks like the rumours of a Fujifilm GFX 50S II announcement coming on September 2nd might actually be true. Nokishita has spotted a registration for the new camera at an overseas body in Indonesia. The listing shows the model code FF210001 with the product name “GFX50s II” registered by Fujifilm Indonesia.

Beyond the fact that it’s been registered, there’s really no other information yet. An official announcement is expected in less than two weeks, though and a possible price tag of $3,999. It’s also expected that the GFX 50S II will have the same body as the GFX 100S and contain in-body image stabilisation as well as offer faster autofocus than its predecessor.

For the rest, it looks like we’ll probably have to wait until September 2nd – unless more leaks happen. Which is entirely possible. Fuji might even leak themselves.

But if that $3,999 price is accurate and it’s going to be at least as good as the original GFX 50S – which I think we can expect that it will – then that’s going to be an extremely attractive option for a lot of photographers – especially when you consider how expensive even non-flagship “full-frame” bodies have gotten these days.

What are you hoping to see come in the GFX 50S II?

The Hard Life of a Predator
7 ways to make the most of your location and create content that sells
Sony Has Moved 90% of its Camera Production from China to Thailand
UV Filter: Should You Use One on Your Camera Lens?
M2 Pro Mac mini Review: Mac Studio-Level Power at a Lower Price