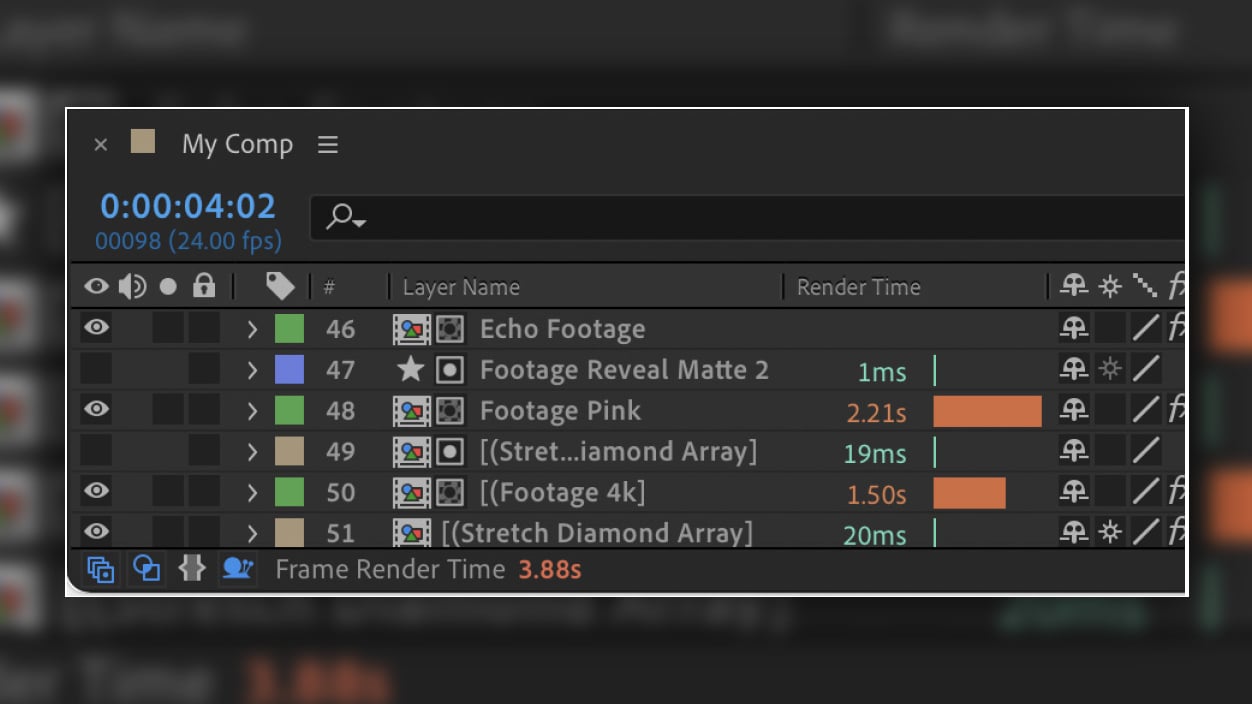 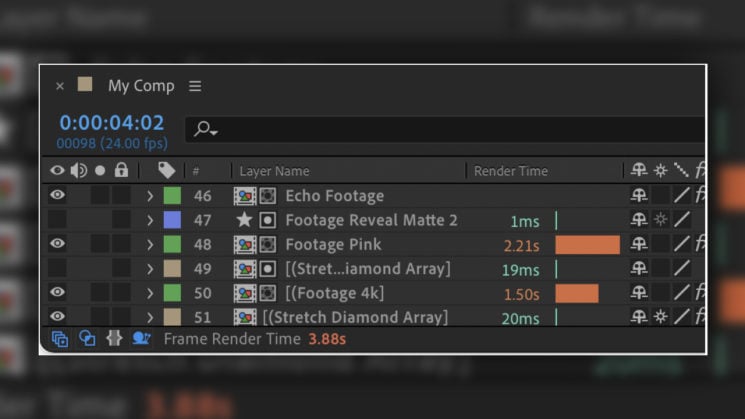 There’s a small bit significant new feature coming to Adobe After Effects. It’s currently available in the latest After Effects Beta and I expect it’ll be coming to the final release once it’s all ready. Essentially, it lets you see exactly how much each layer in your composition affects your render time.

This is a pretty massive feature, as it’s often difficult to figure out exactly which part of your composition might be slowing everything down without manually checking each layer on and off in turn. Now, the new feature shows your entire render frame time with each layer broken down individually, allowing you to easily pinpoint layers you can optimise.

The new feature allows you to further break down each layer into its specific components and effects to see which are causing slowdowns to those specific layers. And while you might really need those effects in your final composition, it can be very handy to know what you might want to disable temporarily while you’re still working on the composition to help speed up your workflow.

To enable the composition profilter, Adobe says to click on the “snail” in the lower-left section of the timeline to bring up the Render Time column for each layer. Or, you can right-click on the column headings and add it individually to your existing columns setup.

On the surface, it does seem like a relatively minor feature, but for those who work in After Effects regularly and understand the pain of slowdowns and effects-heavy compositions, this should help to present a massive workflow timesaver, as well as help you speed up renders. And for those learning, it lets you quickly and easily see which processes are the most demanding on your system and forces you to figure out ways to try and optimise.

A very cool addition to the software.

You can find out more about the Composition Profiler in the newest After Effects Beta in an Adobe blog post. They’ve also put together a PDF going into a deeper dive into its features and offering more tips to help speed up your After Effects renders.

As with all beta features, there’s no word on exactly when this will appear in a final After Effects release, but I really hope this one comes soon!