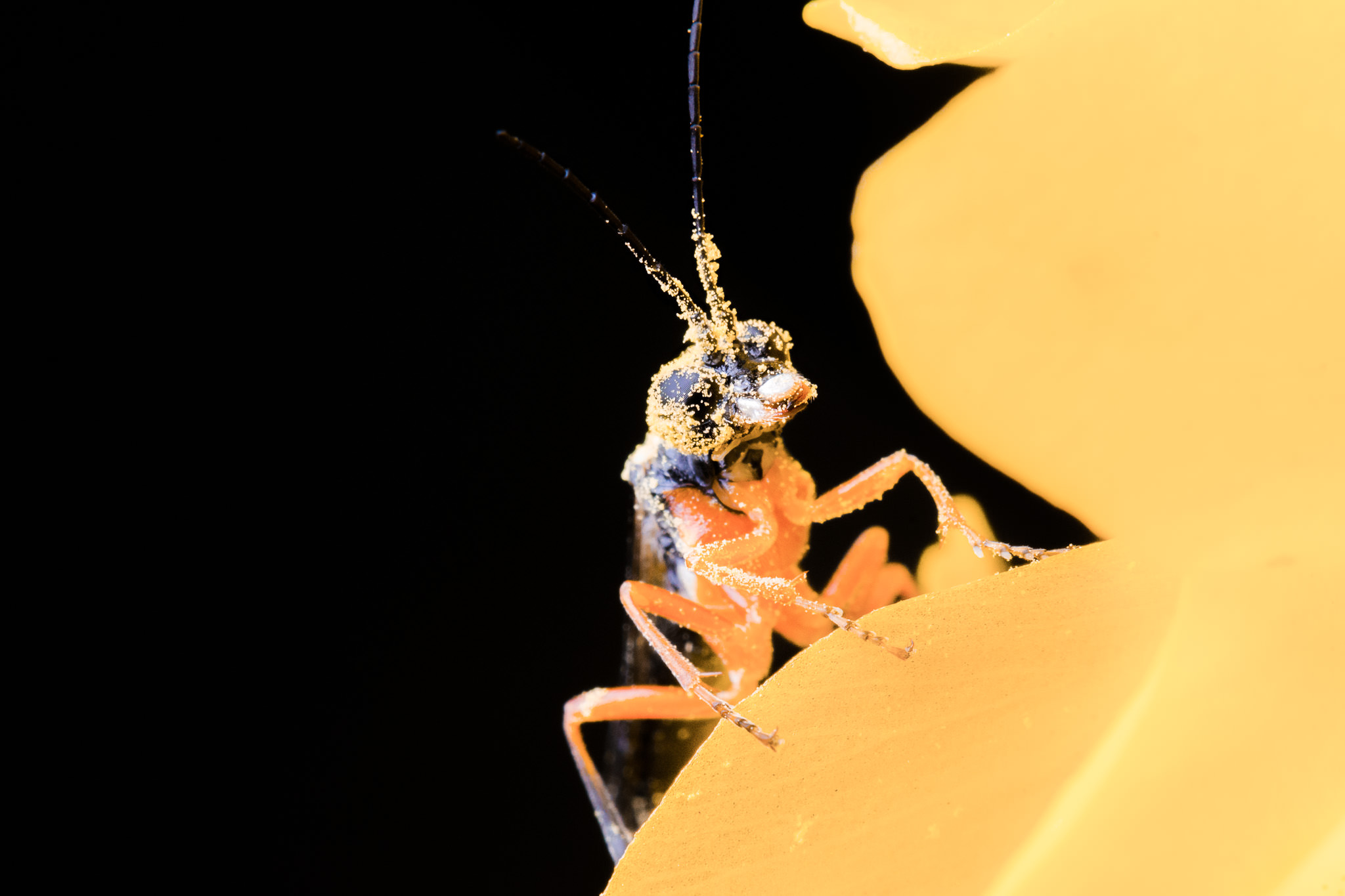 I just realized that I’ve been doing photography seriously for ten years (plus some change). So, I’d like to take this chance to look back and share ten of the most important things I’ve learned along the way, in chronological order.

The first trip I took with a “serious” camera (the Nikon D5100) was to Oregon and the Pacific Coast in the Northwest United States. I daresay that most of my photos were awful, but I was having fun, and a couple of them didn’t turn out so bad.

Unfortunately, I shot all but a handful of the photos during the trip with highly compressed JPEG settings. They looked fine on the back of my camera, but when I brought them back to my computer for editing, I noticed the issues right away. Blocky details and weird artifacts up close. Colors and highlights that I couldn’t shift without strange results. And harsh sharpening artifacts on all the edges in the photo. (That one was my fault for setting in-camera sharpening to the max!)

Anyway, I know that shooting raw files isn’t for everyone, but if you’re a dedicated photographer who wants to edit your photos much at all (hey, like almost everyone reading this!) go for raw.

The lesson I realized next was even more important than shooting in raw, and possibly the most important thing I’ve ever learned as a photographer. Practice is the best – and possibly only – way to improve.

It’s clearest at the beginning but applies no matter your skill level. For the vast majority of photographers, your later photos will be better than your earlier photos.

For practice, it doesn’t matter whether you’re in the most beautiful scenery in the world or whether you take pictures in your backyard. The key is to get some photos and as many hours as possible doing photography.

Something that I lacked for a while as a photographer was thought. I was a point-and-shoot photographer even though I had a DSLR. It took a couple years (at least) before my best photos were the result of deliberate effort on my part rather than lucky chance.

I credit this to a few things – practice foremost of all – but switching from a zoom kit to a prime lens kit helped a lot. With primes, the photo you’re about to take often won’t look quite right at first. Rather than zooming until it looks acceptable, you’re almost forced to walk around and figure out a better composition.

This doesn’t mean prime lenses are better than zooms (and my current kit includes some of both) but that for photographers starting out, a set of primes might push you to improve faster than a set of zooms.

2015: Effort Has a Complex Relationship with Results

This is the year I went on one of the most influential trips of my life, to Iceland – the first time I traveled somewhere specifically for photography and little else.

On that trip, I did two of the more difficult hikes of my life. The first was an amazing trail that followed dozens of waterfalls and was filled with photographic opportunities. The second was a 17-mile slog (about 27 km) through swarms of flies and difficult terrain, with very little photographic payoff.

The effort was worth it the first time and not the second. And after I returned home, I realized that my favorite photo from the trip was one of the easiest ones I had taken, just a few hundred feet from a parking lot.

Effort can lead to results in photography, but it doesn’t always, and sometimes the best photos are the easiest to take. Don’t confuse the quality of a photo with how difficult or easy it was to take.

2016: Focus at Double the Distance

To this day, the technique that I find the most useful as a landscape photographer – when my goal is to have an equally sharp foreground and background – is a little tip called double the distance.

You simply compose your photo and look for whatever object in the foreground is the closest to your camera. If that object is three feet / one meter away (horizontally), focus on something six feet / 2 meters away from your camera. When you do, you’ll equalize foreground and background sharpness every time.

This equalization happens no matter what focal length or aperture you use, which I find really remarkable. (Of course, you still need to use a decent aperture in order to get enough depth of field – but even if you shoot at f/1.4, the foreground and background will be equal in how out of focus they are).

It took me more years to learn than it should have, since the technique is surprisingly little-known, but I’m glad I got there eventually.

For several years prior to 2017, my entire kit in photography consisted of (at most) three lenses: a 24mm, 50mm, and 105mm prime. I had been wondering for a while what possibilities I was missing by ignoring the wider and longer ends. Near the end of 2016, I expanded my kit with a 14-24mm and 70-200mm, and I started to realize throughout 2017 how good of a decision this was.

In the years since, I’ve taken at least a third of my favorite photos wider than 24mm or longer than 105mm. That’s not to say everyone needs such a broad range of focal lengths, but if you think you might, go for it – with primes, zooms, or a mix. Even a low-quality superzoom is better than not covering important focal lengths at all.

This is the year that I interned at Backpacker magazine for a few months. I had always thought of myself as “outdoorsy” and reasonably good at hiking, camping, and so on. Being around actual experts made it clear that I still had a lot of skills to pick up.

I did my best to pick up those skills when I could, and I put them to the test later in the year when I did a 100 mile (160 km) hike in Iceland with my dad that summer. It’s the most difficult and beautiful hike I’ve ever done in my life, and I took some of my all-time favorite photos along the way. It would not have been possible without broadening my skillset to other, not-quite-photography areas.

In other words, the more I learned about related fields like hiking and camping, the better my photography got.

Every photographer knows about panoramas and HDR. Most know about focus stacking. But until recently, a fourth method of merging photos – image averaging – was relegated to very niche fields like astrophotography.

I’ve learned much more about image averaging in the years since, but this is when I first realized how powerful it could be. Rather than lugging around a heavy, expensive 14-24mm f/2.8 everywhere I went for astrophotography, I could bring along practically any lens and get excellent image quality at night.

I’ve written about image averaging before, a few times actually (see for star photography, mimicking HDR, and just in general). But it’s one of the more recent “new techniques” I’ve added to my toolbox, and I only wish I had started using it sooner.

This was an awful year in so many ways. Even just looking at the field of photography, a lot changed for the worse. Photographers thrive on travel and meeting people – two things that were severely limited, if possible at all, for much of the year.

2020 is also the only year since I started photography where I have a month (actually more than one) without a single photo in my Lightroom catalog. I simply stopped doing photography for weeks at a time.

When I finally started to get out a bit more near the end of the year, I found that taking pictures helped me feel happier and less stressed. My overall mental state improved as a result of a few weekends here and there that I dedicated to photography.

Most of us are photographers because it’s something we love and enjoy. Don’t forget that, and try to make time for photography whenever possible.

I’ve lived in Colorado for just over two years, and while I’ve explored some parts of the state in detail, massive areas are totally unknown to me. I’ve tried to make a point in recent months to get out to places that I haven’t been, and it’s been a great decision.

I also spent a couple months in Florida at the start of 2021 and found several places for macro photography that I had never seen before. So far this year, I’ve taken more photos than any other year, and I’ve spent more days doing photography – almost all of it local.

Even if you don’t think you live in an interesting area for photography, that’s almost certainly untrue. See if there are any waterfalls or forests within an hour’s drive from you. If not, what about macro photography opportunities? You can take great macro photos anywhere, even indoors, with a bit of effort.

Photographers can get caught up in the idea of visiting exotic locales and forget that good photos can be taken anywhere. Bring out your camera and go exploring!