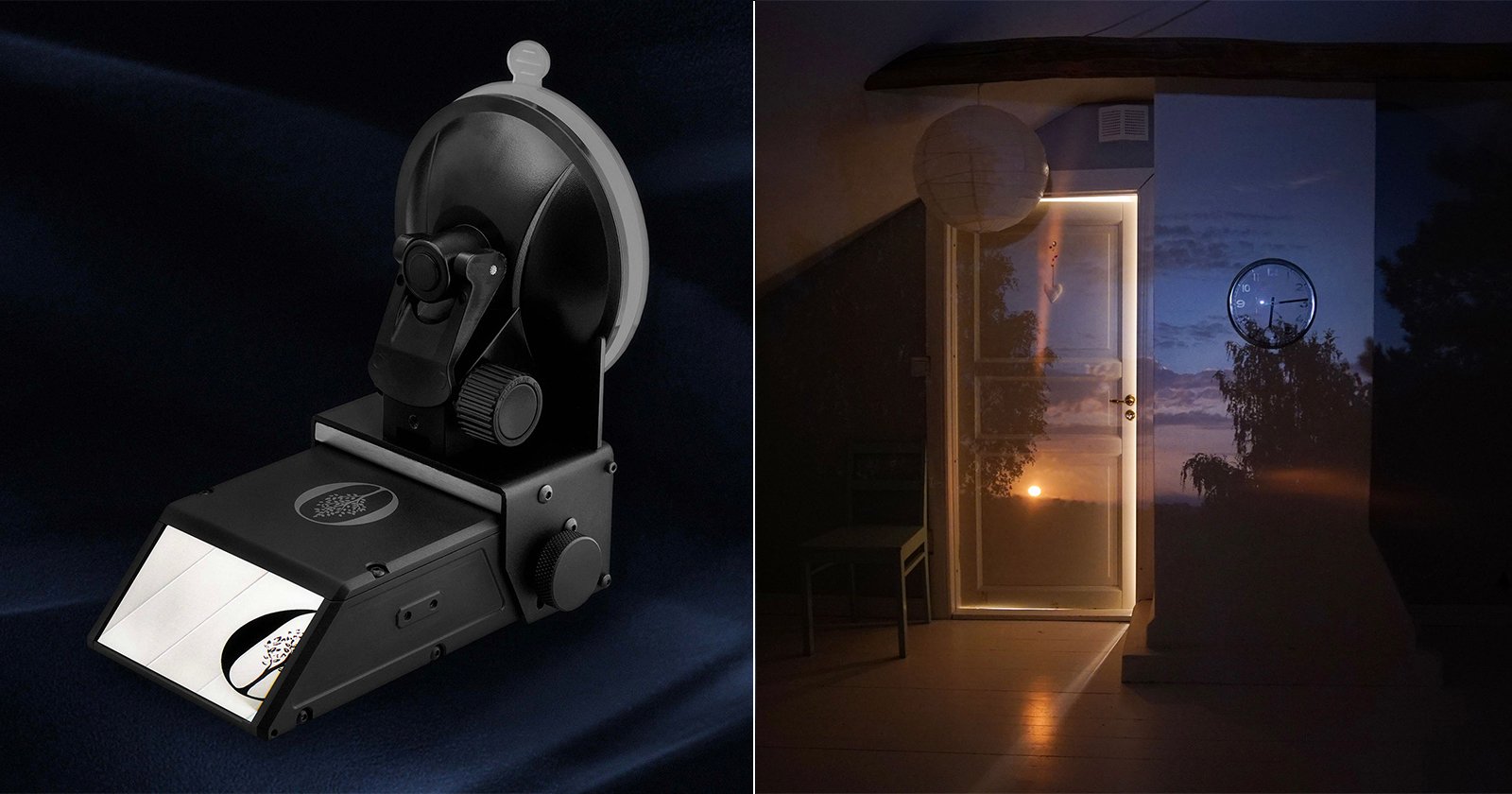 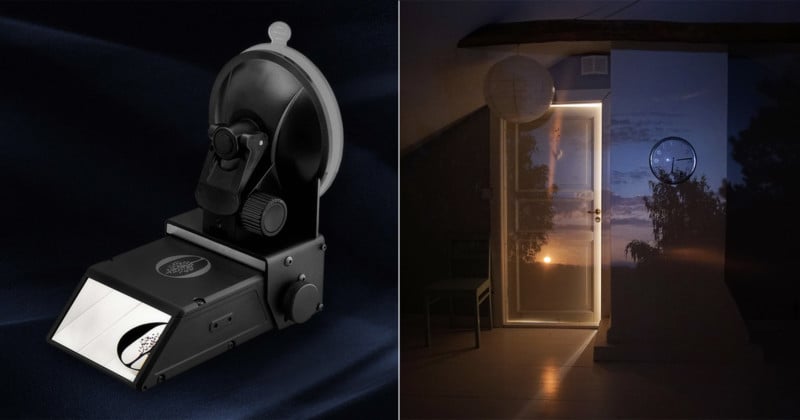 Finnish company Bonfoton has launched the BonfotonUP, a new device that allows users to project a camera obscura image right-side-up in contrast to how the visual phenomenon — projected onto walls — is traditionally formed upside-down.

Camera obscura, which means “dark chamber” in Latin, is an early ancestor of the photographic camera. The phenomenon can be achieved by blocking out any incoming light in a room and creating a small hole that projects the outdoor scene into the room. The brighter it is outside, the more crisp the projected details and colors are.

The visual effect works as sunlight transfers images through straight moving rays of light that are then reflected in all directions. When those rays enter a darkened or blacked-out room through a small hole, the alive and colorful image is then projected upside-down on all the room’s walls.

Although anyone can create their own DIY version of camera obscura at home using office supplies to create a simple pinhole, the Finland-based company Bonfoton released its own camera obscura lens in 2017 that helps focus light onto walls, which then creates a sharper and brighter image compared to using a pinhole. The new lens helped project a more vibrant scene, but it was still upside down. 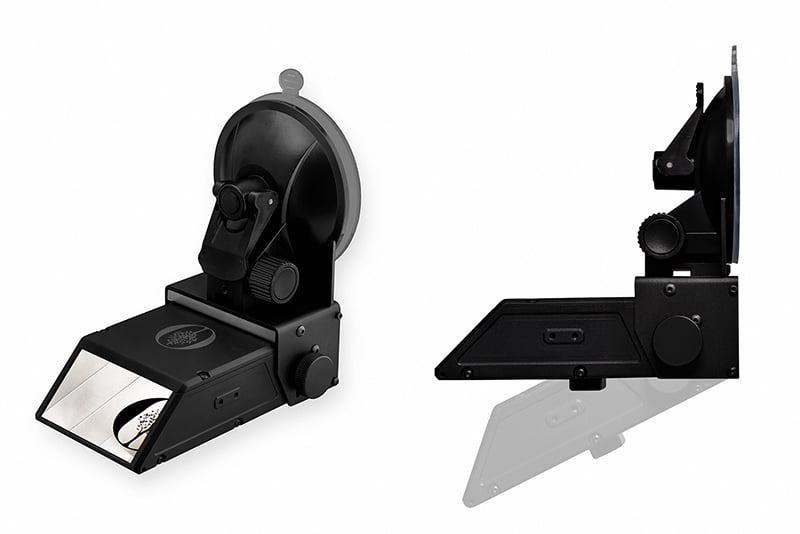 This time, however, Bonfoton has developed an improved optomechanical device called the BonfotonUP — with the help of an optical system design professor and a mechanical engineer — that can project the scene the right-side-up. The BonfotonUP kit includes two switchable lenses for use in different room sizes, has a direct attachment to the window screen using a strong suction cup, is compatible with tripod use, and the image position on the wall can be adjusted vertically using the optical head tilting mechanism.

To achieve an upright view, the device uses a large optical-grade glass prism that weighs 400 grams (0.9 lbs). This prism facilitates the inversion of the propagating light, along the longitudinal axis of the prism for the second time by 180-degrees, thus creating a clear and colorful upright image.

Although the camera obscura phenomenon can make for interesting photos and timelapses, it can also be used for educational purposes to introduce newcomers to photographic principles. The BonfotonUP kit is available for €439 ($515) on the company’s website and the Bonfoton Instagram page showcases many different photos achieved by those who use the company’s products.

Jersey from Iconic Kobe Bryant Photo Set to Sell for Millions at Auction
The Lime Two is a New and Improved Hot Shoe-Mounted Light Meter
Creating food footage with a 360 spinner
Sigma 50mm f/1.4 DG DN Art Review: Upping the Ante Across the Board
How to Scan Photos on iPhone