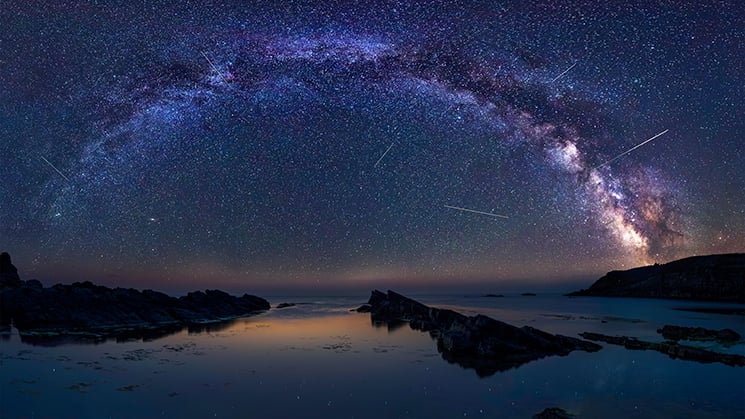 The day some of us have anxiously been waiting for is just around the corner. Starting tomorrow, the Perseid meteor shower is about to reach its peak. With up to 100 meteors every hour, it’s the most spectacular meteor shower of the year. But we don’t have too much time to observe it, so get prepared as soon as possible.

The Perseids have already started lighting up the sky from 14 July. If you’ve traveled to a place with low light pollution, you might have already seen some of them or caught them on camera. However, we can expect to see the biggest number of meteors on 11, 12, and 13 August. What aids the show is the fact that it won’t be interrupted by the Moon. It will be in its waxing crescent phase and only 13% full. Pair that with a very dark place and clear skies (fingers crossed!), and you’ll get quite a show.

As for the time, NASA notes that the shower is best viewed during the pre-dawn hours if you’re in the Northern Hemisphere. But if you’re not a night owl or an extreme type of a morning person, note that sometimes it’s possible to view the meteors from as early as 10 p.m.

If you plan a stargazing or shooting trip, make sure to check out this 2021-2022 astrophotography guide. Don’t forget to download PhotoPills and Stellarium if you haven’t already, and find some more tips here. Don’t forget that, after the peak, you’ll only have about ten more days left to watch the Perseids, and there will be fewer of them visible in the sky.

I’ve been bugging my partner with the question, “are we gonna go watch the Perseids?” for a month now. Honestly, I can’t wait to go out of town and watch the show, and I hope we’ll have clear skies here in the north of Serbia. Wish me luck!