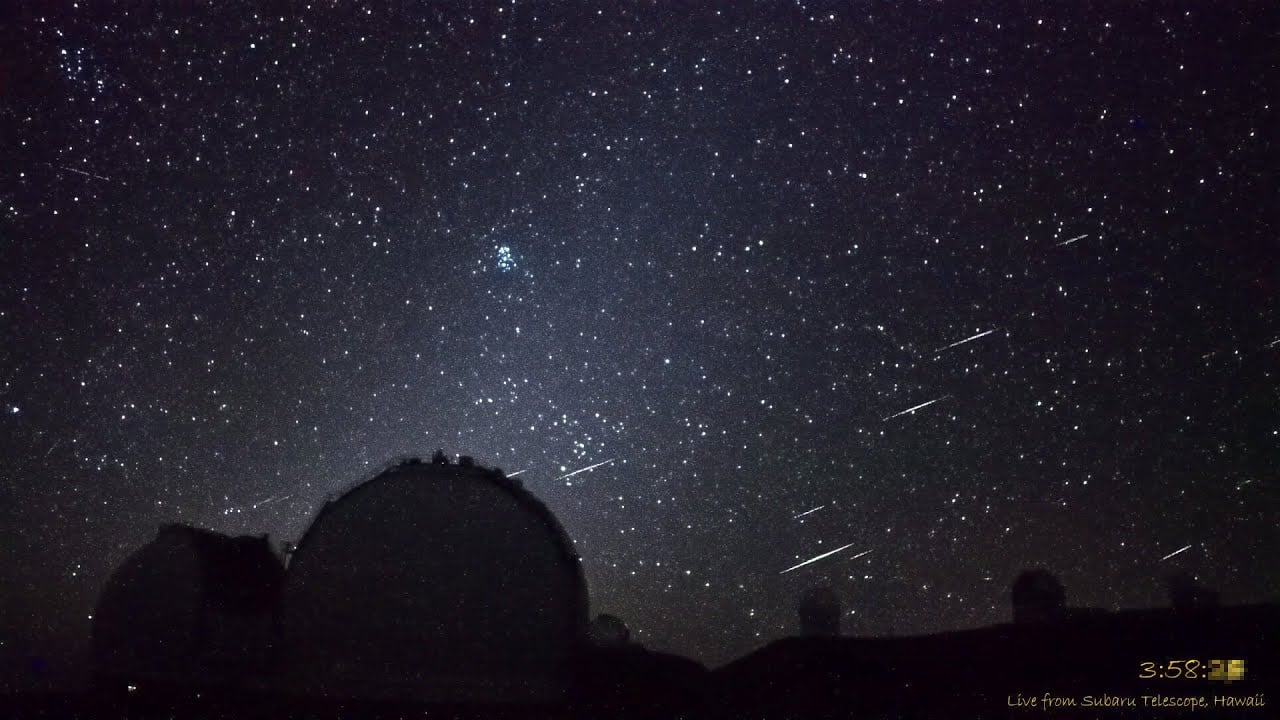 The Subaru-Asahi Camera which is installed at the Subaru Telescope dome in Maunakea, Hawai’i captured a rare “meteor cluster” event, an unusual phenomenon where a group of meteors appeared from the same direction in the sky for 10 seconds.

The rare meteor event is associated with a meteoroid cluster, which is thought to be caused by a set of meteor particles that break up just before entering Earth’s atmosphere. These events are so rare that only a few cases have ever been reported since the phenomenon was first identified in 1997, and even fewer have been captured on camera. One other example happened in January, where a burst was captured from a camera system in San Diego County. One other documented case took place in 2016 in the Czech Republic but was not captured on camera.

Prof. Junichi Watanabe, Vice-Director of the National Astronomical Observatory of Japan (NAOJ), says that these phenomena provide valuable information about the structure of meteor bodies.

“The scientific significance of capturing such a rare phenomenon is extremely great, and it is especially significant because the overall duration of the event was longer than in previous cases,” he says. Watanabe proposed the explanation for these meteor cluster phenomena in a publication in 2003.

“The fact that the camera was located at Maunakea, one of the best observation sites in the world, was also a major factor in capturing such a rare event in addition to recent developments in camera technology. I hope that this camera will continue to capture similar rare phenomena in the future.”

The event was first noticed by viewers of the 24-hour livestream of the Subaru-Asahi Sky Camera. In response to the chatter in the live chat, Professor Watanabe was contacted and the visual data is being further analyzed by researchers.

According to the University of Hawai’i, at least 11 meteors were observed from the cluster by two All-Sky Meteor Orbit Systems (AMOS) cameras that were located on Haleakalā and Maunakea.

“These meteor clusters come from larger parent bodies like asteroids or comets so they can tell us more about the compositions of those larger objects,” Larry Denneau, an ATLAS project scientist, says. “It’s exciting that we have more ‘eyes on the sky’ that are able to capture these very short-lived events.”