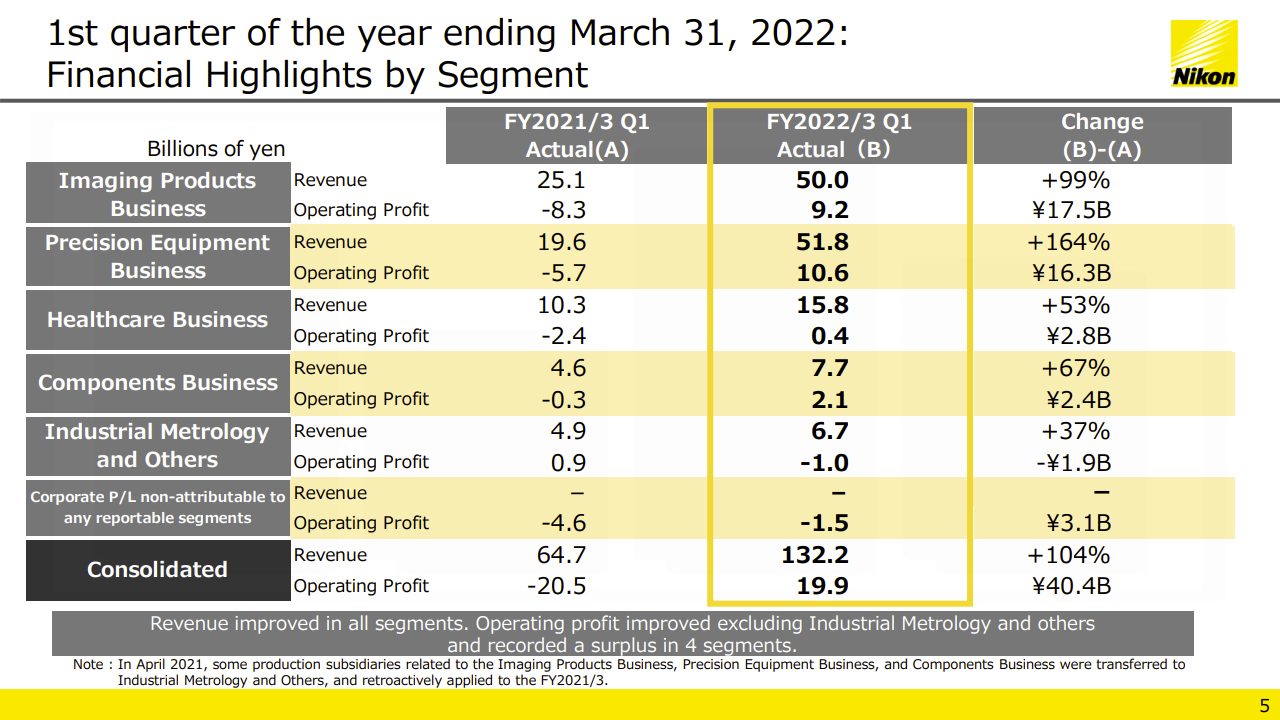 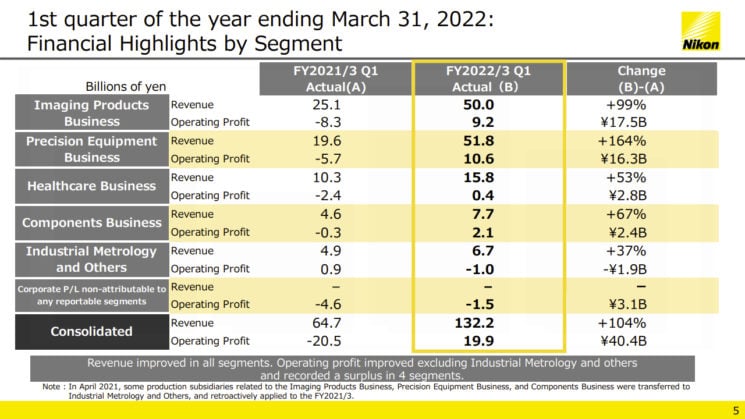 Well, it’s been a while, but Nikon’s Q1 FY2022 report, the first quarterly financial report for their 2022 fiscal year beginning April 1st, 2021 actually shows a profit – a significant increase on last year. The revenue shows 50 billion yen (~$457 million) and an operating profit of 9.2 billion yen (~$84 million). All may not be as it seems, though.

The report only covers the first quarter, running from April 1st to July 31st, 2021. Nikon says that the increase in revenue is partly due to the weaker yen and that some of their expenses have been deferred “to Q2 and beyond”. So, while the short term increase might be a nice morale boost – and Nikon has had a noticeable increase in sales – it comes with a sting in the tail. 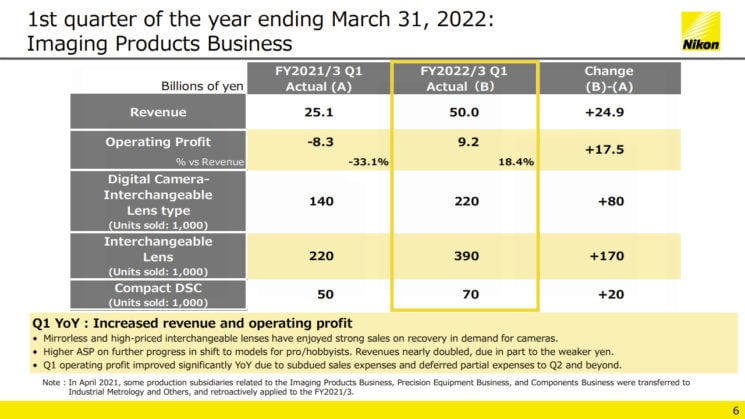 The income also comes with a profit this quarter, of 9.2 billion yen – or around $84 million. This means that for this quarter, at least, Nikon isn’t bleeding money for once, with an increase of 17.5 billion yen (~$160 million) over the same period last year.

Nikon attributes the increase in sales to “expanded sales of mid-to-high-end products to professionals and hobbyists” by enhancing their line, as well as “the recovery of the market” from the massive hit it took from COVID-19 during the same period last year.

Essentially, they believe the world is getting back on its feet. From the news reports I’m reading around the world the last few days, I’m not sure I’m convinced. Still, it looks like finally some good news from Nikon. At least, for now. They still have those deferred payments to worry about.

Now, though, Nikon has to keep it up. The Z fc is an impressive start and we’ve got the Z9 on the way, but they need to have more than that up their sleeve if they want to try to keep those numbers rising.

You can see all of Nikon’s financial reports here.

How to Achieve Compositional Balance in Photography
UV Filter: Should You Use One on Your Camera Lens?
Photographer falls 80 feet to his death while shooting from a parking garage
🦸 Apply a Comic Book Drawing Effect To Your Photos in Photoshop!
Prepare authentic photos of LOVE for Valentine’s Day 2023