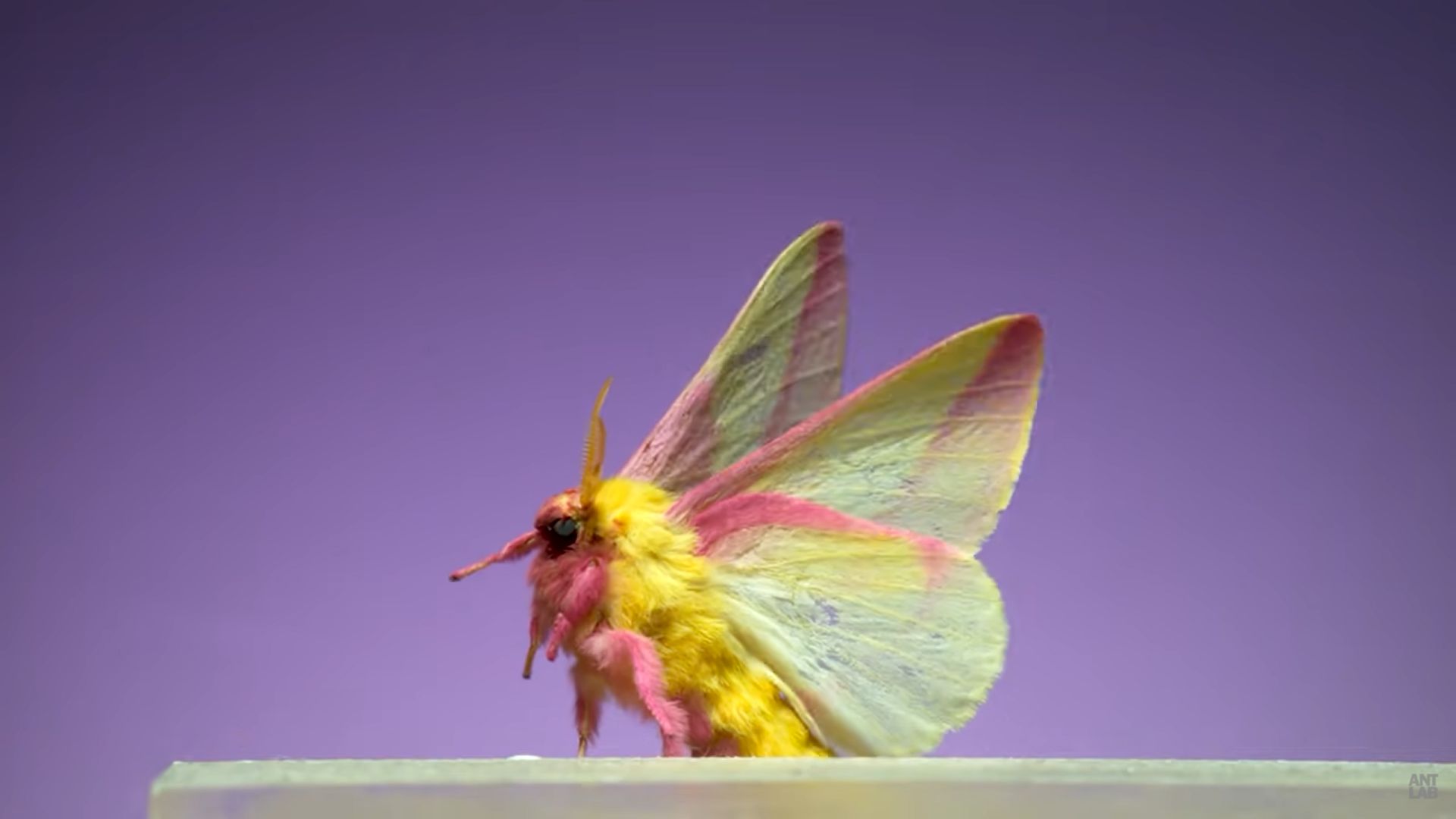 Dr. Adrian Smith of Ant Lab has shown us quite a few times how beautiful, unusual, and complex the world of insects is. His latest video is not only wonderful to watch, but it’s also the most calming thing you’ll see today. Well, unless you suffer from Lepidopterophobia.

Dr. Smith filmed seven gorgeous, colorful moths taking off in slow motion. Setting his camera to 6,000 fps, he has captured the movements in these creatures that we’re hardly aware of.

“I think all of science boils down to trying to do things in order to see and appreciate the world in a new way,” Dr. Smith says in the video. “Most of the time, that means doing experiments, gathering data, and testing hypotheses.”

“But sometimes, the most useful thing I can do as a scientist is to point the fancy science cameras at some moths flapping their wings in front of a purple backdrop.”

Dr. Smith collected all the moths this July in Cornish, NH. It’s important to note that none of them were harmed and all were released after filming. Here they are in the order of appearance: