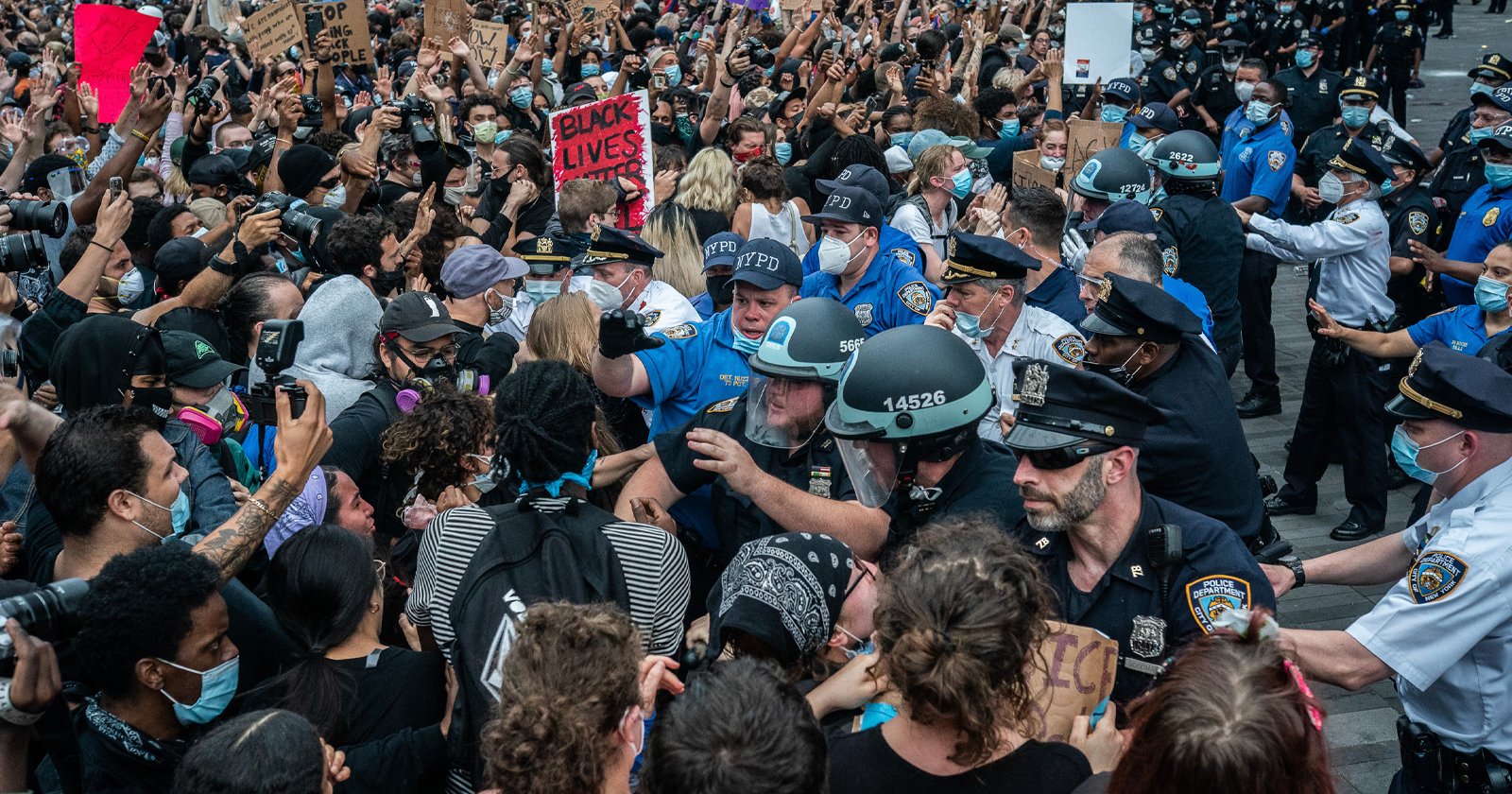 A group of five photojournalists who were arrested and or beaten during last year’s protests against racial injustice has sued the NYPD in an attempt to stop what they call egregious and repeated violations of journalists’ right to record police activity on public streets.

The suit is being led by the National Press Photographers Association (NPAA) in partnership with David Wright Tremaine LLP, a leading First Amendment litigation law firm. The suit has been filed in the Southern District of New York and a jury trial has been demanded.

The five plaintiff photojournalists have published their work in leading global news outlets, including The New York Times, The Times of London, The Guardian, The Wall Street Journal, Paris Match, Le Monde, CNN, The BBC, The Atlantic, Rolling Stone, and more. They say that none of them interfered with police activity in any way.

“There has been a longstanding failure on the part of the City to train, supervise, and discipline police who interfere with the media trying to do their jobs,” Mickey H. Osterreicher, general counsel to the NPPA, says. “With this action, we’re asking the court to finally call the NYPD to account for its unlawful practices.”

Amr Alfiky, a photography resident at National Geographic and former photography fellow at the New York Times, was arrested while capturing police activity on the Lower East Side and, in a second incident, violently attacked by an officer while covering protests in Brooklyn.

Diana Zeyneb Alhindawi, a renowned documentary and news photographer, was assaulted by a baton-wielding officer while photographing police beating a young man in Lower Manhattan.

Mel D. Cole, a widely published visual journalist and music photographer, was documenting police-protester clashes from the Brooklyn Bridge footpath when he was arrested, stripped of his cameras, and held for seven hours.

Jae Donnelly, a well-known photographer and regular contributor to The Daily Mail, was assaulted by a baton-wielding officer while photographing protestors in the Hell’s Kitchen neighborhood.

Adam Gray, chief photographer for the British press agency South West News Service, and BPPA (British Press Photographers’ Association) Press Photographer of the Year 2020, was assaulted without warning, arrested, and detained while covering protests in and around Union Square.

“Each of these professional photojournalists was in the process of lawfully, peacefully gathering news by photographing police activity from a public street or sidewalk, when he or she was targeted by one or more NYPD officers,” Osterreicher says. “This outrageous interference in their constitutionally protected activities is a threat to the most basic freedoms of a democratic society and to the public’s right to know. It must not go unanswered.”

Image credits: Header image © 2020 Adam Gray and used with permission. Caption: People attend a protest outside of the Barclays Center, Brooklyn, New York, in protest against police brutality. May 29 2020. Protests have spread around the country since George Floyd’s death in Minneapolis.