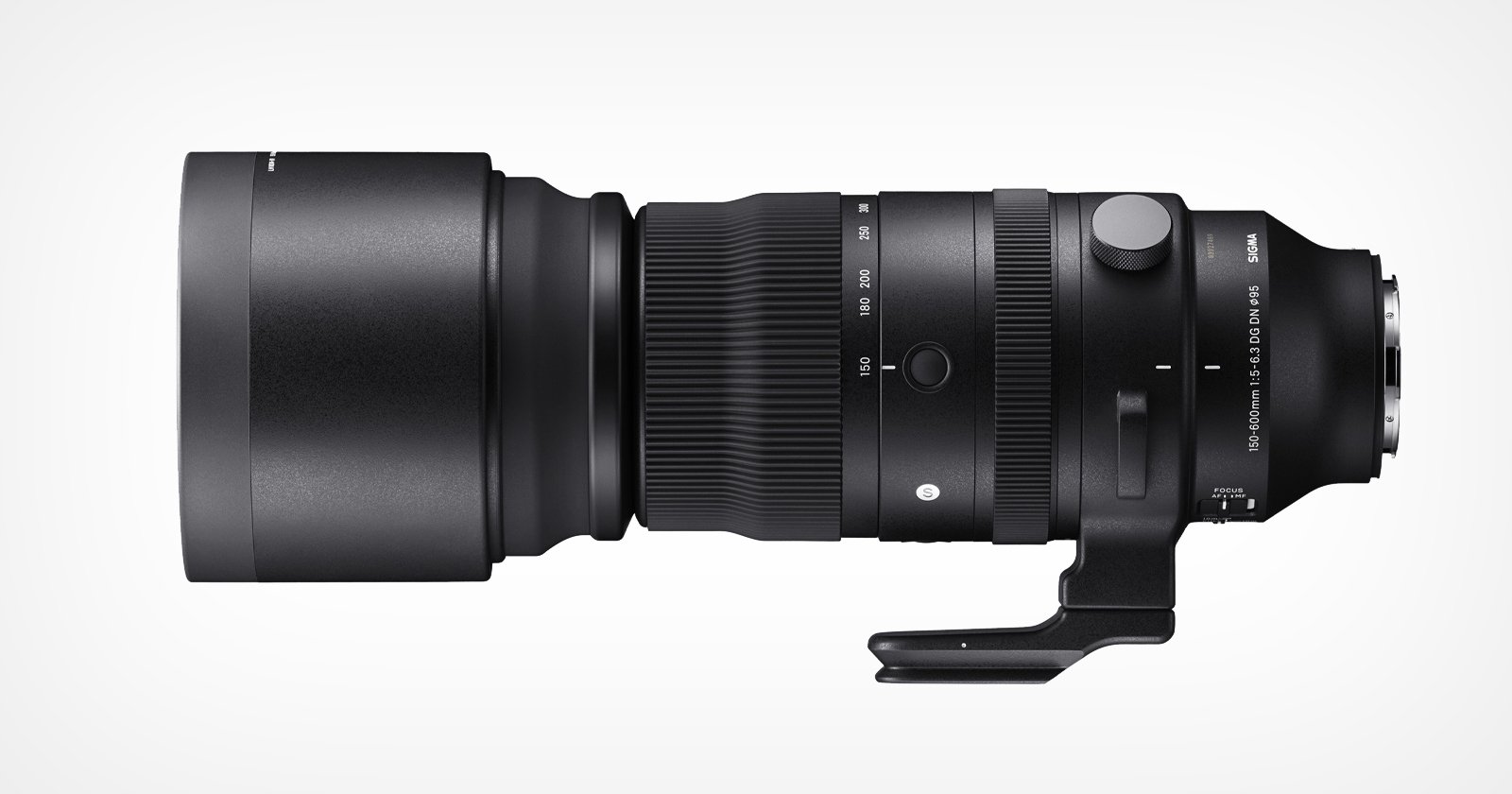 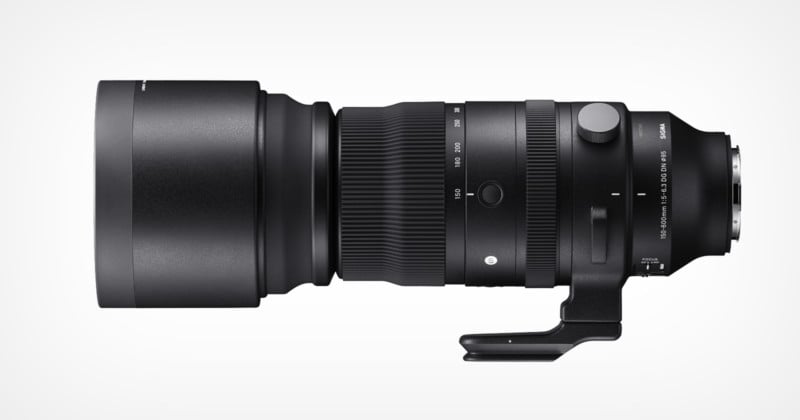 Sigma has announced the 150-600mm f/5-6.3 DG DN OS Sports lens for Sony E-mount and Leica L-mount. It is the company’s first ultra-telephoto zoom lens that Sigma says has been developed from the ground up specifically for full-frame mirrorless cameras.

Sigma touts the new ultra-telephoto zoom lens as one that is both “uncompromising” in performance both optically as well as in its autofocus speed and accuracy.

As far as the build is concerned, the new lens has a dust and splash-resistant build as well as a water and oil repellant coating applied to the front element. The lens features a Dual Action Zoom, which supports both straight zoom and ring zoom, allowing photographers to change the angle of view in what Sigma says is “a quick and intuitive way.” Sigma also incorporated a Zoom Torque switch which can change the resistance of the zoom ring and lock it at the wide end. Sigma says this ensures ease of zoom operation as well as the elimination of zoom creep.

Also notable is the inclusion of a magnesium tripod socket that is attached to a built-in Arca Swiss clamp. The foot can be removed or replaced with an optional lens foot or mounted on a monopod as well.

From an optical perspective, Sigma says that the 150-600mm is will produce outstanding results throughout the entire zoom range and all apertures — not an insignificant claim. The lens is constructed of 24 elements in 15 groups and includes a range of special ty[es of high-performance glass that Sigma says ensures thorough control of different types of aberrations.

“Through improvements to the optical and mechanical designs as well as extensive simulated testing, the lens has achieved high resistance to ghosting and flare. This helps ensure sharp and high-contrast images even in strong sunlight or in backlit conditions,” Sigma says.

The company also claims that out-of-focus areas weren’t forgotten, and the lens was designed with image quality in mind not only for the subject but also with regard to bokeh.

The minimum focusing distance at the 150mm “wide” end is 58 centimeters (22.8 inches) and 280 centimeters (110.2 inches) at the long end. Specifically on L-mount, Sigma says that the use of two dedicated teleconverters allows photographers to shoot with autofocus up to 1200mm.

Sigma says that it outfitted the new lens with “pro-level functionality” when it comes to autofocus performance. It has an autofocus actuator controlled by a stepping motor to combine fast and quiet autofocus with what the company touts as excellent tracking of moving objects. Sigma says that a high-precision magnetic sensor enables very accurate positioning to enable speed and accuracy, and says that the lens particularly shines when the focusing element has to move a significant distance.

The 150-600mm f/5-6.3 DG DN OS has an OS function that delivers what Sigma claims is effective image stabilization about 4 stops. Additionally, it is possible to change the OS settings using the OS switch and Custom Mode switch to best suit different shooting situations. The lens has a Focus Limiter switch that offers three-zone AF modification, which Sigma says helps to speed up AF performance. Finally, for specifically the L-Mount version of the lens, it is possible to set a custom focusing limit via the Sigma USB Dock.

Canon Designs 300mm f/2.3 and 400mm f/5 Autofocus Mirror Lenses
Wedding Photographer Sued After Making ‘Unreasonable Demands’
Nikon Discontinues the SB-500, Suspends Orders for the SB-5000
🔥 Change Hairstyles and Swap Hair in Photoshop!
What is Butterfly Lighting and How to Use It for Portrait Photos