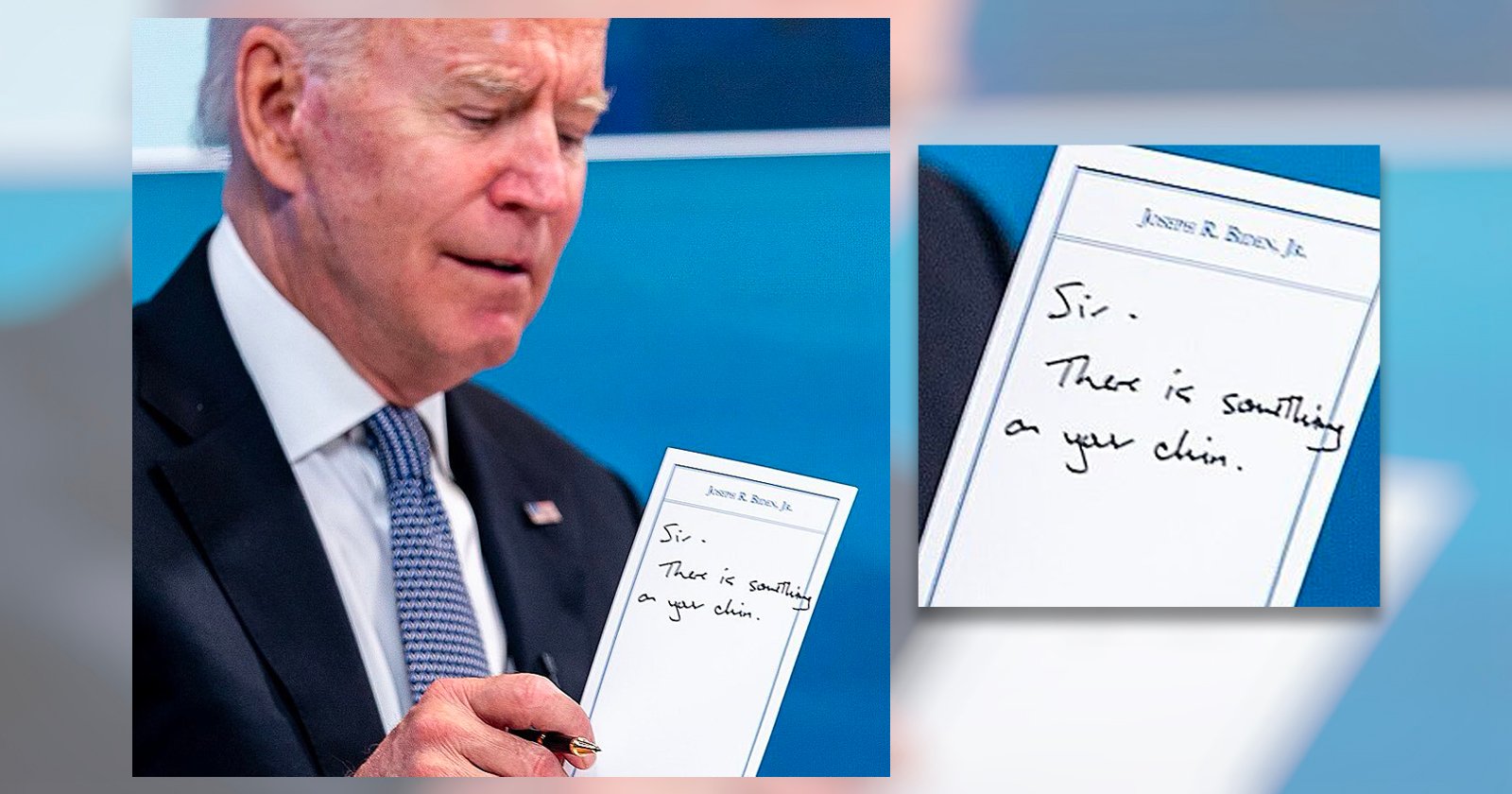 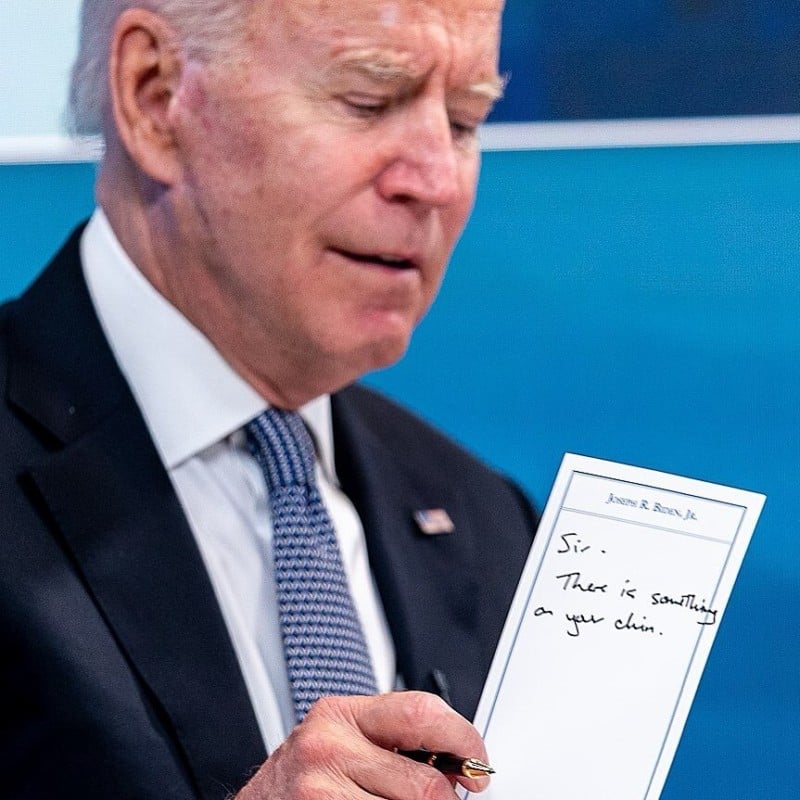 During a virtual meeting with governors last week, photographer Andy Harnik captured a “secret” note that an aid passed to President Joe Biden: “Sir – There is something on your chin.”

The photo was taken by Harnik — an AP News photojournalist based in Washington, D.C. — in the South Court Auditorium in the Eisenhower Executive Office Building on the White House Campus on Friday, July 30. President Biden was meeting with governors to discuss the ongoing efforts to strengthen wildfire prevention, preparedness, and response efforts and hear firsthand about the ongoing impacts of the 2021 wildfire season.

Wildfires have been a growing concern across the west coast over the last several years as annually large and often record-setting wildfires have ravaged large swaths of land across multiple states. Last year, wildfires in Oregon caused mass evacuations and blanketed the Pacific Northwest in a haze of smoke that made breathing outside extremely dangerous. This year, a fire in Southern Oregon called The Bootleg Fire has grown to nearly twice the size of New York City, started generating its own weather, and whose smoke was seen as far as the east coast.

“We can’t ignore how the overlapping and intertwined factors — extreme heat, prolonged drought, and supercharged wildfire conditions — are affecting the country,” Biden said. “And so this is a challenge that demands our urgent, urgent action.”

The message on the piece of paper would have likely remained a secret had the President not turned it over and continued to use it to take notes for the remainder of the meeting.

Modern high-resolution cameras and ultra-sharp lenses have made it so very little remains unseen when it comes to public appearances by high-profile individuals. In 2019, a photo of then-President Trump’s notes he was holding when he briefly spoke to the media about the ongoing impeachment inquiry went viral. In both cases, the two presidents are likely not used to the resolving power of modern digital cameras or are not actively thinking about them, which leads to these recurring instances.

Image credits: Photo by Andy Harnik and used with permission.