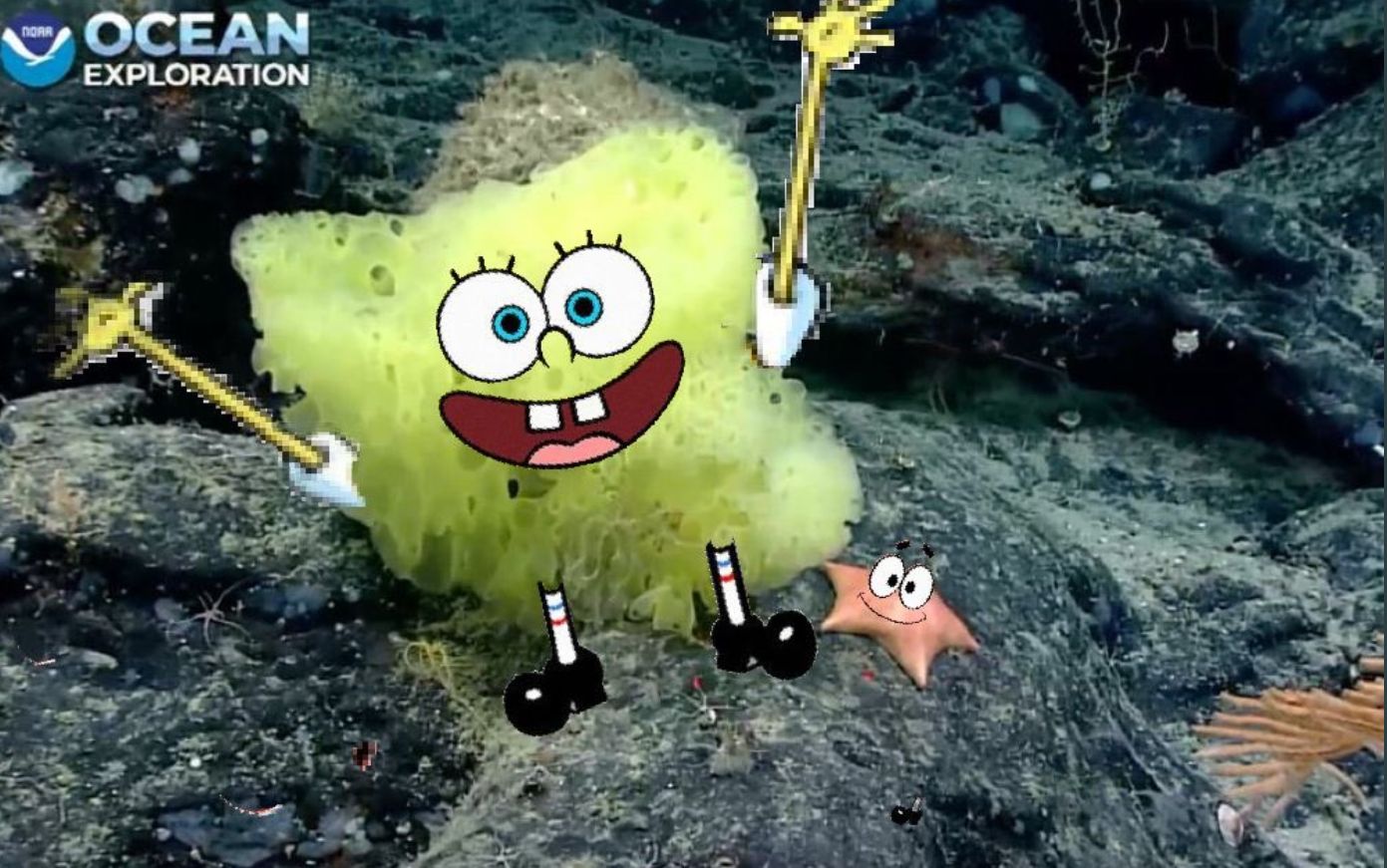 An ocean expedition exploring the depths of the Atlantic Ocean captured a video that looks like a cartoon turned real life. The cartoon is SpongeBob SquarePants, to be exact. The video shows a square yellow sponge and a pink starfish right next to it. Familiar, isn’t it?

The video was captured by a deep-sea camera launched off the NOAA ship Okeanos Explorer. One of the scientists, Christopher Mah, was watching the live feed when he saw the interesting sight. “I normally avoid these refs..but WOW,” Mah tweeted. “REAL LIFE Sponge bob and Patrick!”

Of course, while we know them as SpongeBob and Patrick, this sponge and starfish are known under totally different names to scientists. Mah noted their scientific names in the tweet below the original one: Hertwigia (sponge) and Chondraster (starfish). Also, as he told NPR, these guys aren’t pals in real life as they are in the cartoon. “In all likelihood, the reason that starfish is right next to that sponge is because that sponge is just about to be devoured, at least in part,” he says. Oh boy… Right in the childhood!

Regardless of the bad news, many folks were still amused by the capture. The comment that particularly cracked me up is “Imagine seeing a pineapple nearby.” It’s also fun seeing these two with limbs and faces drawn:

Despite my age, I must admit that I still watch cartoons from time to time. SpongeBob SquarePants is among my favorites, especially when it’s synchronized in Serbian. So, it really made my day to see a real-life version of the enthusiastic sponge and his starfish buddy. Even though their real life is not at all friendly like the one in the cartoon, I still found this very amusing.

Now, admit it – do you still watch cartoons? What’s your favorite one?